Background: Heroin dependence (HD) is a complex disorder characterized by disruption in particular circuits of the brain and influenced by environmental and genetic factors. Glutamate pathway plays a role in normal brain functions including learning, memory, and cognition. Disturbances in Glutamate pathways are implicated in many psychiatric disorders, including heroin dependence, and polymorphisms present in these pathway genes are reported to increase the risk of developing heroin dependence.
Aim: To identify association of single nucleotide polymorphisms (SNPs) of Glutamate pathway genes with heroin dependence and correlate with heroin use parameters. Method: A total of 103 HD patients were recruited as per DSM IV criteria from the Department of Psychiatry, and 100 healthy volunteers from the general population. Genomic DNA from peripheral blood samples was processed for PCR followed by restriction digestion to screen for presence of GRIN2A polymorphisms in the glutamate pathway. GRIN2A SNPs i.e. rs11866328, rs1071502, rs1375067, rs1530669, rs12325652, rs16966381, rs1104068, rs16966448, rs9927871 and rs1366076 were selected based on the Hap Map project and Tagger program (r2 ≥ 0.8). Genotype and allele frequencies were estimated and the difference between patient and control groups were assessed by chi-square test of significance and the results correlated with duration, age at onset of heroin use, the quantity of heroin consumed and WHO ASSIST score. Statistical analysis was done using Haploview v4.1 and SPSSv21.0.
Results: Haplotype analyses revealed three SNPs (rs1071502-rs1366076-rs1104068) with alleles A-T-A to confer risk while the haplotypes A-T-G had a protective effect on HD. Another haplotype (rs1530669-rs9927871) was also found significantly associated with heroin dependence (p=0.039).
Conclusion: The study reports for the first time, a possible association of GRIN2A SNPs with age at onset of heroin use, duration and quantity of use, and also suggests an important role in severity of heroin dependence.

Dependence on opioids is a condition characterized by significant changes in neuronal circuits of the brain ultimately leading to a state of severe addiction. Initial intake of opioids is voluntary but continuous usage results in impairment of self-control, the hallmark of addiction. This alters the brain chemistry and compels a person to abuse the drug despite adverse health and life consequences. Abuse of opioids such as heroin, morphine etc. is a major societal concern and is linked to a variety of health problems, including HIV/AIDS, cancer, heart disease, apart from social issues like homelessness, crime, and violence.

Heroin dependence (HD) is a complex multifactorial disorder resulting due to effects of both genetic and environmental factors. According to the UNODC report, global prevalence of opioid use is 0.7 percent equivalent to 32.4 million adult users of the world population [1] and has resulted in about 51,000 deaths in the year 2013 [2]. In India there is lack of appreciable data on substance abuse, but available reports show primary drugs of abuse to be heroin (36%) followed by other opiates (29%) and cannabis (22%) [3].

Heroin, 3,6-diacetyl ester of morphine, is an opioid drug and a naturally occurring substance extracted from the opium poppy plant. Heroin has effects on various neurotransmitter pathways of the brain like glutamate, dopamine, serotonin, etc. Glutamate, a major excitatory neurotransmitter is important for normal brain functions of learning, memory and cognition [4] but excess of glutamate can lead to excitotoxicity resulting in neuronal damage. Glutamatergic neurotransmission is mediated by various glutamate receptors and transporters, among which N-Methyl-D-Aspartate (NMDA) receptors play an important role in cognitive processes like memory and learning [5].

Previous studies in animals have revealed morphine effects on regulation of NMDA receptors [6,7], while others reported that MK- 801, an antagonist of NMDA receptors, plays a role in the complete blocking of symptoms of withdrawal and dependence [8,9]. NMDA receptors are composed of several subunits that include at least one NR1, one or more GRIN2A-D and less commonly, a NR3 subunit (GRIN3A-B). Several studies have revealed that GRIN2A subunit of NMDA receptor is associated with chronic abuse of drugs like alcohol [10], nicotine [11], cocaine [12] and suggest the GRIN2A gene to be a plausible candidate target for drug abuse and dependence. The GRIN2A gene is located on chromosome 16p13.2 with twelve exons. Various studies investigated polymorphisms of the GRIN2A gene and suggested their association with heroin and alcohol addiction [13-16].

Based on this background, the present study was undertaken with an aim to explore the presence of GRIN2A polymorphisms and their possible association with heroin dependence in the Indian population.

The study was conducted in accordance with the Helsinki declaration and was approved by the Institute ethics committee. A total of 103 heroin dependent cases that fulfilled the DSM IV criteria were recruited from the outpatient Department of Psychiatry and 100 healthy volunteers who had no history of any substance abuse from the general population.

Males aged 18-60 years, diagnosis of HD (as per DSM IV), willing to participate in the study, may or may not be on a treatment to maintain abstinence and current users i.e. last dose of heroin within the preceding 30 days.

Males aged 18-60 years, no history of any psychoactive substance use disorder (excluding nicotine) in self or in a 1st degree relative.

Age <18 years, unwilling to participate, substance use disorder, evidence of having suffered any major physical/mental illness.

From all the subjects, demographic details along with information on duration of heroin use, age at onset of dependence, quantity of heroin consumed (g/day) and detailed pedigree information up to at least three generations was collected using a semi-structured questionnaire followed by an interview using WHO ASSIST V3.0 questionnaire (ALCOHOL, SMOKING AND SUBSTANCE INVOLVEMENT SCREENING TEST) developed by WHO to evaluate a person’s drug usage. ASSIST provides subject specific substance involvement scores that differentiate the subjects into low, moderate and high risk groups. In addition, liver function enzymes (SGOT- serum glutamic-oxaloacetic transaminase; SGPT-serum glutamic pyruvic transaminase) were also tested for the subjects and the levels of SGOT, SGPT enzymes were noted.

Screening of the SNPs

Table 1: Details of primers and restriction enzymes of the SNPs studied.

GRIN2A SNPs were tagged and selected based on the HapMap project with r2 ≥ 0.8 and minor allele frequency set at >0.05. Genotype and allele frequencies were calculated for all the polymorphisms studied and difference between HD cases and controls were estimated using Pearson’s chi-square test of significance. The genotypes were correlated with other phenotypic attributes like duration of heroin use, age at onset of heroin use, quantity of heroin consumed (g/day) and WHO ASSIST score using one way ANOVA through SPSS v21.0 software. Hardy Weinberg Equilibrium (HWE) and linkage disequilibrium (LD) calculations were done using PLINK and Haploview v4.2 software, respectively.

A brief description and the schematic representation of the screened SNPs in GRIN2A gene are shown in Table 2 and Figure 1.

Figure 1: Description and schematic representation of the screened SNPs in GRIN2A gene.

Out of the ten markers, SNP rs1375067 showed a significant difference between heroin dependence and controls (p<0.05), while the others did not differ significantly in their genotype and allele frequencies between HD cases and controls (Table 3). Analysis using Regulome DB and HaploReg Softwares predicted the SNPs to alter the motifs which may influence binding of transcription factors thereby affecting the regulation of GRIN2A gene.

Table 5: Correlation of GRIN2A SNPs with heroin use parameters in the cases, Values in each cell represent Mean ± SEM, *p<0.5; The ASSIST (Alcohol, Smoking and Substance Involvement Screening Test) - questionnaire developed by the WHO to evaluate a person's drug usage. Higher ASSIST scores typically reflect severity of dependence.

The present study was undertaken to identify the role of Glutamate pathway GRIN2A polymorphisms in heroin dependence. Glutamate is the major excitatory neurotransmitter in the brain and is known to play an important role in the pathogenesis of addiction and dependence. Chronic opioid abuse leads to development of the symptoms of tolerance and dependence due to changes in the brain neurobiology [20] like down regulation of glutamate uptake and overrun of synaptic glutamate towards the NMDA receptors [21].

The GRIN2A subunits of NMDA-receptor are the most sensitive to the inhibitory effects of ethanol as shown by Mirshahi et al. [22]. Single nucleotide polymorphisms in GRIN2A, have been extensively studied in recent years and results have revealed them to be possibly associated with drug addiction, including alcohol and heroin [13-16]. A variable GTn repeat in the 5’-regulatory region of N-methyl-Daspartate GRIN2A subtype was identified and significantly associated with alcohol dependence [14,23]. A study also showed GRIN2A gene to be of the highest relevance in alcohol dependence among ten glutamate pathway genes studied [24]. Recently, a study found SNPs of NMDA receptors’ effect on neural activity of the brain related to alcohol cues and craving [25]. Another study on substance abuse screened 130 candidate genes in heroin addiction and identified GRIN2A as the most significant candidate gene [13]. The present study also demonstrates association of GRIN2A SNP rs1375067 with heroin dependence in comparison to controls (p <0.05) (Table 3).

Correlation with drug use parameters showed rs11866328 (C>A) and rs12325652 (A>G) SNPs to be positively correlated with severity of dependence as seen based on the WHO ASSIST score for heroin use. The ASSIST scores were highest for the wild type homozygous rs11866328 CC genotype as compared to AA genotype (p=0.007) suggesting a protective role of the minor ‘A’ allele. The genotype AG of rs12325652 was also significantly associated with increased ASSIST score, suggesting that the G allele of rs12325652 polymorphism reduces the risk of severity of addiction or, of being less susceptible to heroin dependence.

The GRIN2A SNPs rs1104068 and rs16966381 were also found significantly correlated with age at onset and duration of heroin use. The TT genotype of rs16966381 showed significant correlation with duration of use (p-0.020) suggesting that the time period for attaining the ‘dependent’ state was less in these individuals despite reduced heroin consumption. CC genotype of rs1530669 seems to be conferring risk with a significantly higher heroin consumption pattern (p-0.012) in these individuals in comparison to the ones with TT genotype with the carriers of the wild type allele consuming low amounts of heroin (p=0.012).

In the present study we investigated the correlation of Liver function enzyme levels (SGOT, SGPT) with Glutamate pathway GRIN2A gene polymorphisms. Liver function tests are most commonly used to check damage to the liver and to the best of our knowledge, this is the first study which investigated the correlation of SGOT, SGPT enzymes levels with GRIN2A polymorphisms. Significantly raised levels of SGOT and SGPT were observed which correlated with rs16966381 (p=0.024) and rs1071502 (p=0.015) respectively suggesting that these polymorphisms in GRIN2A, a subunit of NMDA receptor play an important role in liver damage.

The Authors thank all subjects for their participation. The study was supported by a financial grant provided by the Indian council of Medical Research (ICMR), India (54/2/2011-BMS).

Disclosure and Conflicts of Interest 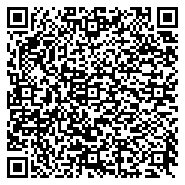