Adults with severe mental health illness, such as schizophrenia and bipolar disorder die prematurely largely from cardiovascular disease [1]. Life expectancy in people with schizophrenia is reduced by 10-25 years [2] with 60% of the excess mortality due to physical illness [3]. Furthermore, schizophrenia itself may be a risk factor for diabetes, and there is also increasing concern that antipsychotic drugs, particularly second-generation antipsychotics, have metabolic consequences that contribute to the risk [4]. Antipsychotic medications can cause significant weight gain and this may be one of the mechanisms by which they increase the incidence of diabetes [5,6]. Weight gain alone does not explain the increase in risk of diabetes mellitus, as some people who receive antipsychotic medications develop diabetes mellitus without baseline obesity and without weight gain [7]. Other lifestyle factors, such as smoking, sedentary lifestyle and poor diet are common in patients with severe mental health illness [8]. Various mechanisms beyond lifestyle and demographic characteristics have been proposed to explain the link. These include shared susceptibility genes between severe mental illness and type 2 diabetes [9], geneenvironment interactions [10], foetal development [11] and co-morbid problems such as low vitamin D [12,13].

Through Delivering for Mental Health [14] and Improving the Physical Health and Well Being of those experiencing Mental Illness [15], the Scottish Government have committed to provide regular physical health check for people with severe and enduring mental illness. The aims of this study were to investigate the prevalence of hypertension, hyperlipidaemia, obesity, smoking status and type 2 diabetes in patients on anti-psychotic medication and to investigate the prevalence of regular screening in these patients.

48 of the 55 General Practices in NHS Ayrshire and Arran (population 320613) contributed data from their practice computer systems. There were 3857 patients on anti-psychotic medication making a prevalence of 1.2%. Ninety-two per cent were prescribed a single drug (Table 1). Most of the patients were on antipsychotics for a psychotic illness but a number of patients were on antipsychotics for a bipolar disorder, sometimes depressive illness and low dose off label use in anxiety disorders, personality disorders and Post-traumatic Stress Disorder. The data collected for each patient included body mass index (BMI), blood pressure (BP), total cholesterol, triglycerides, glucose and smoking status. The data was extracted in April 2015. The audit was registered with the Clinical Governance Department, NHS Ayrshire and Arran and Caldicott Guardian approval was obtained.

NICE CG178 (2014) recommends screening every 12 months. We chose to review screening over 15 months to allow slippage. Most of the risk factor screening took place in General Practice along the intervention and treatment.

Risk factors were defined for patients:

If either their systolic >140 mm Hg or diastolic BP >90 mm Hg or if they were on anti-hypertensive medication,

If either total cholesterol >5 mmol/L or triglyceride >1.7 mmol/L or if they were on lipid lowering treatment,

If they were a current smoker

Monitoring rates ranged from 75% in the last 18 months for BP and smoking down to under 50% for lipids. For almost a third of patients there was no monitoring data for lipids. In the previous 15 months, 88.5% had been monitored for at least one measure and 36.2% for all six while 34.6% were monitored for less than half the measures.

Table 2: Last monitoring date by measure, * this includes both glucose and HbA1c monitoring. However, although mean age differed significantly by risk the effect size was small (F (5,3437)=12.7, p<0.01, eta=0.13). Figure 2 shows the mean age (and 95% CI) for patients at each risk score. Those with both zero and the maximum risk score were younger with a mean under 50 years while those with risk score between 1 and 4 were older with mean ages around the mid-fifties (Figure 2). Approximately a third of patients on anti-psychotic medication did not have any lipid measures. However, 42.4% of those measured had a raised total-cholesterol or were on lipid lowering treatment and 39.8% had raised triglyceride levels. It is likely that the missing data is not random. It is therefore not possible to calculate a true measure of hyperlipidemia and our figures probably reflect a conservative estimate of cardiovascular risk in patients on anti-psychotic medication.

This study confirmed that in patients on anti-psychotic medication there is a clustering of cardiovascular risk factors with hypertension, smoking, type 2 diabetes and probably hyperlipidaemia [2-7]. Type 2 diabetes occurs in mental health illness, particularly patients with schizophrenia, at higher rates than in the general population [15]. The reasons for this increased risk are poorly understood. In addition to general diabetes risk factors, such as age, hypertension, and dyslipidemia, diabetes appears to be promoted by anti-psychotic agents such as olanzapine and mid-potency mid-potency first-generation antipsychotics [17]. In this study the prevalence of hypertension was significantly higher in the patients on anti-psychotic medication compared with the rest of the population and the prevalence of type 2 diabetes nearly double.

Screening for cardiovascular risk factors varied significantly in relation to age and sex of the patient, the anti-psychotic agent prescribed and cardiovascular risk factor. In this study, blood pressure and smoking status were screened most often and lipid status least often. As one would expect, older patients tended to have more risk factors. Furthermore, older patients were monitored more frequently than younger patients, suggesting that they were more compliant and willing to adhere to a screening process. Alternatively, it is possible that younger patients had more risk factors with a significantly higher early mortality rate.

This cross sectional studies has allowed us to determine prevalence but does not permit distinction between cause and effect. This research, however, is part of a much larger diabetes follow-up study: the Ayrshire Diabetes Follow-up Cohort (ADOC) study. We have been able to flag up these patients on anti-psychotic medication and will be able to monitor their progress over the next 5 to 10 years. A further advantage of our study is the accuracy of the data collected. The data were collected directly from the GPs database (EMIS) and a significant part of the data has been used for Quality Outcome Framework payment [18].

This study also confirmed that the screening for cardiovascular risk factors in patients on antipsychotic medication is unstructured and poorly undertaken [19]. Some of the possible barriers to screening in practice include uncertainty as to whether such physical health screening was the responsibility of the psychiatric team rather than a primary care clinician [20], a lack of confidence in the interpretation of abnormal screening results [21] and limited access to basic infrastructure such as IT equipment [22]. Other possible explanations for the relatively low level of screening is that clinicians may target patients for the assessment of metabolic side effects rather than routinely screen all patients prescribed antipsychotic medication. The quality of guidelines for screening and monitoring of cardiometabolic risk in people with schizophrenia and other mental health illnesses are often not of sufficient quality to fully inform clinicians in screening and monitoring practices [19]. It has also been suggested that patients with psychiatric diagnoses often seem to receive inferior quality of care [19] and that physical co-morbidity is often unrecognized and inadequately treated in those with mental health illnesses [23]. A lack of knowledge about the additive burden of cardiometabolic complications in individuals with mental health problems is another possible explanation for poor monitoring practices. However, this does not seem to be supported by any evidence. For example, in 2005 Buckley et al. found that US psychiatrists rated metabolic monitoring in patients on anti-psychotic medications as a very serious (36%) or serious (61%) concern [24].

In addition, the cardiovascular risk factors appear at a younger age in patients on anti-psychotic medication. In the US Clinical Antipsychotic Trials of Intervention Effectiveness (CATIE) study, more than a quarter of men with schizophrenia aged 20-29 years had the metabolic syndrome at baseline, compared with fewer than 10% in the general US population [25]. This would suggest that healthcare professionals need to pay attention to cardiovascular risk factor management in people with severe mental illness from the point of diagnosis. Recent studies have also reported that obesity rates are approximately doubled in people with schizophrenia or bipolar illness. Body composition is also altered in people with severe mental illness: higher waist-to-hip ratios and increased visceral fat have been found even at first presentation of psychosis [26]. Although no antipsychotic can be viewed as weight neutral, the risk of weight gain differs between antipsychotics. Interestingly, the best predictor of long-term weight gain is weight change in the first few weeks of treatment, emphasising the need for regular weight measurement during the early phase of treatment [26].

Health improvement should be considered in a broader and more holistic sense with both physical and mental health improvement built into everyday care and support [27]. Patients with mental health issues should be encouraged to participate in health improvement activities including weight management, physical activity, smoking cessation [28] and health care needs to be tailored to the individual [28]. A combination of motivational and behaviour change interventions, alongside appropriate pharmacological treatments, appear to provide the best results in terms of both health gain and adherence to health improvement activities. In order to gain maximum benefit, individuals need support not only to participate but to sustain their involvement in health improvement activities [29]. All patients on antipsychotic medication should have their cardiovascular risk factors checked on at an annual basis and treated appropriately. This requires a structured screening process and good lines of communication between Mental Health Teams, Primary Care and Physicians with an interest in cardiovascular risk.

Copyright: ©2017 Collier A, et al. This is an open-access article distributed under the terms of the Creative Commons Attribution License, which permits unrestricted use, distribution, and reproduction in any medium, provided the original author and source are credited. 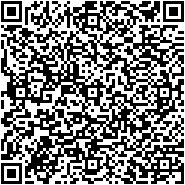