Adolescence, defined by World Health Organization (WHO) as a period between ages 10-19 [1] is a period of physical, psychological, emotional and personality change. During this phase the adolescents’ are trying to develop their identity and at the same time comply with social norms Steinberg et al. [2], they are neither children nor adults. It is therefore a transitional period. Transitional periods can be full of challenges and difficulties [3]. For the adolescents, the period is marked by enormous turmoil in emotional and behavioral area [4] which could explain in part the emotional and behavioral problems characteristic of adolescents during this period. These problems are classified as externalizing and internalizing behavior. Internalizing problems are characterized by over control of emotions and are manifested through social withdrawal, demand for attention, feelings of worthlessness or inferiority and dependency [5]. On the other hand, externalizing behaviors involve failure by the adolescents to control emotions and are expressed in difficulties with interpersonal relationships, rule breaking, displaying irritability and violent behaviors [6]. This child and adolescent will therefore negatively act on the external environment [7]. These problems can also be described as conduct problems.

The prevalence of emotional and behavioral problems in adolescents has been reported as between 10% and 20% [8,9] with a reported median of 12% [10]. Using internalizing and externalizing measuring scales for example the Child Behavior Checklist and Strength and Difficulty Questionnaire (Goodman 1978), emotional and behavioral problems have been found to be common among school going adolescents [11-13]. This study will however be interested with conduct problems which are under externalizing problems Hopelessness is an emotional state characterized by a feeling that the future holds nothing positive or good for the individual [14]. Hopelessness has been defined as having negative expectations of the future by [15,16] Beck et al. [17] view hopelessness as an emotional state in which an individual, identifies with negative characteristics, has negative expectations about the future and consider the negative experiences as unchangeable and constant. According to Yilmaz et al. [18] these negative expectations can generate tendencies towards depression, suicide and other self-defeating behaviours. The prevalence of hopelessness among youth varies. In the US, studies have reported a prevalence of 36% among females and 21% of males [19] while Duke et al. [20], found a prevalence of 25.1%.

There is evidence that children and adolescents with high hopelessness scores suffer from psychopathology [21]. Research among adolescents have shown adolescents who feel hopeless are likely to not only harm themselves but others too [22,23]. Several researchers have been able to show an association between hopelessness and many negative outcomes which include violence, depression, school problems, substance abuse, risky sexual behaviors, and accidental injury [21,24-27]. Adolescents who develop a sense of hopelessness are associated with exposure to disruptive events such as violence and traumatic stress [26,28]. It can be concluded that the state of hopelessness will make an adolescent not be bothered about the behavior that they engage in and therefore likely to have high levels of conduct problems Violence is part of the conduct problem items within the Strength and Difficulty Questionnaire (SDQ) (I fight a lot). On the other hand hope among adolescents has been associated with lower levels of externalizing behaviors such as aggressiveness and delinquent behavior [29].

In Kenya, there currently is paucity of literature on hopelessness and its association to conduct problems. As a result this study then sought to answer the question: is hopelessness associated with conduct problems among school going youth in a rural and urban setting in Kenya? Many school children are punished by their teachers for conduct problems. Punishment methods range from doing unpleasant activities as other students are in class learning or doing private studies; being suspended from school for a number of days and reporting back with the parents to discuss the conduct problems, to the most extreme where the student is expelled from school. All these interfere with learning. The parent on the other hand gets frustrated as they continue being summoned to school to discuss the child’s misbehavior. Conduct problems are known to have negative outcome for example dropping out of school without completion [30], crime, alcohol and substance dependence, mental health problems [31].

This study is therefore important as a baseline for interventional strategies to reduce the levels of hopelessness and conduct problems. There was no published literature found on the relationship between hopelessness and conduct problems among school going youth in Kenya. Conceptually, this study assumed that those students with high levels of hopelessness would score high on conduct problems. Other variables that were also tested in the model were age of the students, whether the student was in primary or secondary school or whether the school was in a rural or urban area.

The study used the researcher constructed social demographic questionnaire, the adolescent self-report version of the Strength and Difficulty Questionnaire (SDQ) [32] and the Hopelessness Scale for Children [33]. The hopelessness scale measures negative expectations of the future in relation to oneself and the world. Though the scale was originally applied for children aged between 6-13 years, it has also been used for older children [26,34-36]. The scale consists of 17 items, which are noted as right or wrong, with the score being either 0 or 1. Scores equal to or above 7 are considered as high hopelessness, scores 5-6 as medium hopelessness, and scores of 4 or less as low hopelessness. For this study, low and medium scores were combined and categorized as none or low hopelessness while those who scored 7 and above was categorized as high hopelessness. Conduct problem was drawn from the conduct items of SDQ: I get angry and often loose my temper; I usually do as I am told; I fight a lot; I am often accused of lying or cheating; I take things that are not mine.

This study was carried out among students aged between 11-17 years in eight schools, four in a rural setting and the other four in an urban setting. In a rural sub district of one of the districts of central Kenya, two primary schools and two high/secondary schools were randomly selected. In the same way, in the urban center, the capital of Kenya, four schools, two primary and two secondary schools were randomly selected from one urban sub district of Nairobi. Out of the eight, four schools were primary schools (11-13/14 years) while the other four were high/secondary schools (14-17 years), four of either category in both rural and urban setting. The public education system in Kenya comprises of 8 years in primary schools (class/grade 1 to 8), followed by 4 years in secondary/high schools and 4 years in the university for the undergraduate degree. On average children are
enrolled in class 1 when they are about 6/7 years, and so exit high school at about 18/19. A few can be slightly younger or older. Two national exams are sat, one at the end of class 8 and another at the end of high. Most children are enrolled to primary schools near their homes. However, the students get to go to a high school of their choice based on the performance of the national examination sat at the end of class 8.

Data was collected between September and November 2008. In the primary schools, data was collected from classes four to class seven and are aged between 10/11 years to about 13 years. In the high schools, data was collected from form ones to form threes, whose age range is roughly 14-18 years. In the primary schools, trained research assistants assisted the students read the assent documents and then sign the assent forms. The same assistants read loudly the items of the two scales to the students and allowed them time to respond. This process allowed the students to move at the same pace as some could be slow. In the high schools, the research helped in distribution of the assent documents, assent forms and the instrument to the students and students filled them independently. Completed questionnaires were put in a box and were later carried for safe keeping and analysis.

Out of a total of 2500 consents sent to the parents for the youth who were within the study classes 2439 consents were returned. Out of these, a few students were outside the age range while a few questionnaires were not properly completed and hence left out. At the end, a total of 2411 questionnaires had their data analysed using SPSS version 21. Bivariate and multivariate analyses were carried out.

The findings of this study have implication for parents/caregivers and teachers and other stakeholders dealing with adolescents. The people dealing directly with the adolescents particularly parents and teachers have to realize that the adolescents suffer from hopelessness. Unlike conduct problems whose actions and behaviors are observable, hopelessness is not observable. Of great importance to the teachers and parents is that an adolescent with high levels hopelessness is likely to have conduct problems. This suggests that there is need to constantly assess for hopelessness and carry out the appropriate interventions such that punishments should not be the way to deal with adolescents with conduct problems. Questions still remain as to what should be solved first, hopelessness or conduct problems. It not possibly to tell whether the youth lose hope and then engage in conduct behaviors or the conduct behaviors they engage in make them loose hope. Appropriate strategies to reduce the levels of hopelessness among the students and conduct problems need to be thought of and implemented. This would ensure that the adolescent would remain in class throughout and not miss due to conduct problems. This would increase improved academic outcomes. Thus frequent assessment of mental health would be appropriate in schools. This would lead to appropriate interventions being planned and implemented. Since the design of the study could only establish association between hopelessness and conduct problem, there is need for a study that would be able to establish causality. This would be important as prevention of hopelessness would be targeted at the right time and point. The Kenyan media reports of students who commit suicide, either after the results of the national examinations have been announced or in between after a student has been punished by either the teacher or the parent. This kind of study would therefore provide the basis for correct timing of and the intervention.

The study was only done in two sub districts of the country and therefore the results might not be generalized to the whole country. Another limitation was failure to find literature on hopelessness for a similar group and hence lack of reference for the current study or even in the discussion. However, the study was able to point to an area largely not explored and open to possibility of other studies in a related area.

Copyright: © 2016 Mbwayo AW, et al. This is an open-access article distributed under the terms of the Creative Commons Attribution License, which permits unrestricted use, distribution, and reproduction in any medium, provided the original author and source are credited. 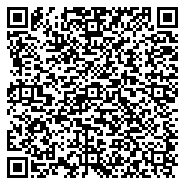