Notoriously recognized as the principal cause of mortality among women worldwide, breast cancer calls for an immediate redressal in order to devise combative strategies. Currently, Northern America and Western Europe experience more than half of the global burden of breast cancer [1]. However, as recently reported by International Agency for Research on Cancer (IARC), rapid societal and economic transitions herald an epidemiological shift in the incidence, with more low income countries projected for an increased burden of breast cancer [2]. Although the incidence rates remain higher in more developed countries, mortality and morbidity are higher in less developed regions, attributable to late detection and lack of access to advanced medical amenities. Regardless of epidemiological prevalence, the etiological determinants of breast cancer development remain common and include age, family history, genetic risk factors such as BRCA1 and BRCA2 mutations and hormonal risk factors [3]. Although viruses have been etiologically associated with many cancers, a viral etiology to breast cancer is at best speculative. There is conflicting evidence of roles of viruses such as human mammary tumor virus, human papillomavirus, Epstein-Barr virus, human cytomegalovirus, herpes simplex virus and measles virus in breast cancer development [4]. Nonetheless, a recent development that levels of mutagenic antiviral enzyme APOBEC3B are elevated in a majority of breast cancers warrants a re-visit to the role of viruses in breast cancer pathogenesis [5]. Keeping in view the current scenario, there is an urgency to assess the worldwide trends and risk factors for prediction of future scenarios with the ultimate goal of developing effective, affordable and prioritized approaches for breast cancer control.

On the basis of gene expression profiling, breast cancers are classified into four major subtypes: luminal A, luminal B, HER2+ and basal-like [6] which incidentally also form the basis for breast cancer therapy, responsiveness and patient outcome. Endocrine therapies that target the estrogen and estrogen receptor (ER) signaling pathways are the cornerstone of breast cancer treatment for the majority of patients. However, 25%–30% of breast tumors do not express ER and do not respond to existing endocrine therapies. Interestingly, breast tumors with amplification and overexpression of HER2 (the ERBB2 oncogene) respond well to anti-HER2 targeted therapies such as Trastuzumab which is becoming increasingly important in the treatment of HER2+ tumors of all stages. Though, the application of anti-hormonal and anti-HER2 targeted therapies led to dramatic improvements in the outcomes of patients with ER+ and HER2+ disease, a significant fraction of patients with ER+ or HER2+ tumors do not show a response to treatment or experience relapse and disease progression [6]. Worse still, the ‘triple-negative’ patients (negative for estrogen, progesterone and HER2 receptors), show extremely poor prognosis, thus underscoring the need for increasing the efficacy of currently available therapeutic regimes as well as identifying novel putative therapeutic targets [7]. In this regard, several molecules frequently altered in breast cancer have been identified, which are being exhaustively tested for clinical efficacy. For instance PI3KCA has been identified as one of the most frequently mutated genes in breast cancer pushing the need for developing and clinically testing several PI3K and AKT inhibitors [6]. Although the targeted therapy approach holds much promise, drug resistance has marred its prospects, for instance resistance to PAPR inhibitors in the BRCA-deficient breast cancer patients [8]. Hence, integrated oncological and clinical research is required to provide insights into mechanisms of response and resistance to various drugs. Similarly chemotherapy-based strategies have limited success owed to severe side effects and frequently acquired resistance. In light of these obstacles, novel therapeutic approaches are being proposed, which include various combinations of anti-cancer drugs and procedures, targeting not only primary but also metastatic cancer cells. These include small molecule inhibitors, interfering RNA molecules, microRNA, oncolytic viruses and naturally occurring substances, all of which need to be evaluated in a clinical platform [9]. Hence, integrated oncological and clinical research is required to provide insights into mechanisms of response and resistance to various drugs.

Breast cancer diagnosis relies on combinatorial approach constituting clinical and physical examinations, imaging mammography and immuno-histochemical assessment. Improved imaging methods and screening programs as well as emergence of novel prognostic and predictive biomarkers have brought about a dramatic change in the field of breast cancer diagnosis and therapeutic decision procedures. Biomarkers used in routine breast cancer assessment include ER, progesterone receptor (PgR) and HER2 [10]. In addition, multiple panels of novel biomarkers are currently under assessment for their clinical competence. Major efforts including proteomics-based approaches are underway to simplify breast cancer diagnosis through identification and validation of biomarkers which can be accessed with minimally invasive procedures such as serum biomarkers, circulating tumor cells, circulating cell-free DNA (mitochondrial or nuclear) and tumor-specific microRNA [10]. Another attractive concept currently under evaluation is utilization of integrated microarray-led transcriptomic and magnetic resonance spectroscopy based metabolomic profiling of breast cancer samples as diagnostic, prognostic or predictive tool for molecular classification of the disease [11]. Development and diffusion of such breakthrough strategies has revolutionized breast cancer diagnostics, however critical questions have arisen about the translation of these approaches from bench to the bedside. The answer lies in following a multi-‘omics’ line of action that includes proteomics, transcriptomics, genotyping and metabolite profiling of patient samples, for complete molecular dissection of the disease, which can prove to be invaluable in routine breast cancer therapy decision making. However, such thorough approach, informative and ingenious as it may be, presents an uphill challenge to financially-stretched healthcare systems worldwide. Thus it is paramount that med-tech companies prioritize their R & D goals and chase cost-saving ideas, so that only the most cost-effective technology gets to the market and is able to offset the overall cost of medical treatment and improve patient outcome.

Although the incidence of breast cancer is on a rise, the mortality rates are declining, owed to earlier diagnosis, better surgical and radiotherapy techniques and improved adjuvant therapies. The proposition of cancer immunotherapy has met with overwhelming enthusiasm, several studies have demonstrated importance of cytotoxic and immuno-suppressive T cells in therapeutic response and clinical outcomes. The role of noncoding RNAs such as the differential ratios of antisense-to-sense transcripts in normal and breast cancer cells is being increasingly appreciated. Undoubtedly, these are exciting times for breast cancer research, which can inspire collaborations among oncologists, surgeons, geneticists and drug developers, to understand and assimilate the research trends, in order to guarantee a future with improved diagnostic, prognostic and therapeutic regimes aimed at better clinical outcome and patient care.

Copyright: © 2015 Pandey V, et al. This is an open-access article distributed under the terms of the Creative Commons Attribution License, which permits unrestricted use, distribution, and reproduction in any medium, provided the original author and source are credited. 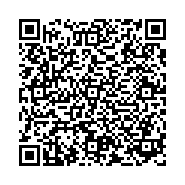