Copyright: © 2016 Shiota S, et al. This is an open-access article distributed under the terms of the Creative Commons Attribution License, which permits unrestricted use, distribution, and reproduction in any medium, provided the original author and source are credited.

Objective: In Japan, the number of patients hospitalized in psychiatric hospitals for the treatment of behavioral and psychological symptoms of dementia (BPSD) continues to increase. In order to provide more effective treatment and management of BPSD for inpatients, it is necessary to clarify the target BPSD and contributing factors. Therefore, the aims of the present study were to classify BPSD and determine the associated factors. The results are discussed with a focus on cognitive and physical functions. Methods: A retrospective cross sectional study was performed to analyze data from 176 patients with dementia admitted to the acute psychogeriatric ward at Ishikawa Prefectural Takamatsu Hospital for the treatment of BPSD between April 2013 and September 2015. Patients underwent comprehensive geriatric assessment batteries including the neuropsychiatric inventory, Mini-Mental State Examination (MMSE), and Nishimura-style senile activities of daily living score. Factor analysis (maximum likelihood method and promax rotation) was carried out on 12 items from the neuropsychiatric inventory. The factors associated with factor scores which were extracted by factor analysis were analyzed using multiple linear regressions. Results: Factor analysis identified three behavioral sub-syndromes: hyperactivity, affective symptoms, and psychosis. Multiple regression analysis showed that “hyperactivity” was associated with lower MMSE scores and younger age. “Affective symptoms” were associated with female gender and lower eating scores. “Psychosis” was associated with the type of dementia. Conclusion: Our study classified BPSD in inpatients into three sub-syndromes and showed that cognitive and physical functions are associated with BPSD.

The proportion of elderly patients with dementia in the total population is significantly increasing worldwide [1-4]. Because 90% of dementia patients manifest behavioral and psychological symptoms of dementia (BPSD) [5], there has been a growing need for psychiatric facilities to treat BPSD. In Japan, the number of patients with dementia hospitalized in psychiatric hospitals for the treatment of BPSD continues to increase, with the current figure above 50,000 [6]. Prolonged hospital stays have precipitated this trend.

BPSD are often caused by maladaptation to the environment and difficulty with the activities of daily living (ADL). Recently, nonpharmacological strategies, including environmental adjustment and approaches to improve daily life performance, have been recommended preferentially over pharmacological treatment for BPSD. The programs for improvement of daily life performance have been reported to decrease not only the severity of BPSD, but also the caregiver’s burden and the cost of care [7-10].

In order to provide more effective treatment of BPSD for hospitalized patients and to facilitate the discharge of patients back into their communities, it is necessary to clarify the target BPSD and the contributing factors among hospitalized patients. There have been previous studies that used factor analysis to produce a clinically meaningful classification of BPSD, but most of these studies were conducted in the outpatient setting [11-18]. There have been no studies looking at inpatient populations to date.

Therefore, the aims of the present study were to classify BPSD and to determine the associated factors among patients hospitalized in a psychiatric hospital. We also discuss the findings, especially from the perspective of non-pharmacological treatment strategies for BPSD.

The medical records of patients hospitalized in the acute psychogeriatric ward of Ishikawa Prefectural Takamatsu Hospital were reviewed. This retrospective analysis was approved by the institutional review board, which also waived the requirement for written informed consent from patients. This study was approved by the Medical Ethics Committee of Ishikawa Prefectural Takamatsu Hospital (Authorization Number: 15001).

A total of 176 patients with dementia who were admitted to the acute psychogeriatric ward at Ishikawa Prefectural Takamatsu Hospital for the treatment of BPSD between April 2013 and September 2014 were enrolled in this study. Patients were excluded if they lived in a care facility or were re-hospitalized. All patients had severe BPSD such that they could not be cared for in their own home, or be treated in an outpatient setting.

Patients were evaluated using the following batteries within 1 week of admission according to institutional protocol.

Information was obtained for each patient regarding gender, age and living situation before hospitalization from interviews with patients or family members.

A diagnosis of dementia was made by either of the two experienced geriatric psychiatrists (T.K. and M.K.) according to the Diagnostic and Statistical Manual of Mental Disorders, Fifth Edition criteria, interviews with patients and family members, as well as physical and neurological findings, laboratory data, and brain imaging data.

Neuropsychiatric Inventory (NPI) [19]. BPSD were evaluated in all patients using the NPI by two experienced geriatric psychiatrists (T.K. and M.K.) The NPI evaluates 12 neuropsychiatric symptoms which are commonly observed in dementia: delusions, hallucinations, agitation/aggression, dysphoria/depression, anxiety, apathy, euphoria, disinhibition, irritability, aberrant motor behavior, night time behavior disturbances, appetite and eating abnormalities. The severity and frequency of each symptom are scored based on structured questions administered to the patient’s caregiver. The NPI total score is calculated by multiplying the severity (1–3) and frequency (1–4) per domain (maximum score per domain is 12) and then adding the scores of all the domains (minimum total NPI score=0, maximum=144). The content validity, concurrent validity, inter-rater reliability, and test-retest reliability of the NPI have been established [20].

ADL were scored by well-trained nursing staff according to the Nishimura-style senile ADL (N-ADL) scale [22], which is one of the most commonly used scales for the evaluation of ADL in Japan. The N-ADL scale evaluates five items: walking/sitting, range of activities, dressing/bathing, eating and excretion. Each item is scored on a scale of 0–10 points, with the total (maximum score 50) taken as the N-ADL score. When completed, nursing staff rated the reliability of the scale as good.

Data analysis was performed with the Japanese version of SPSS for Windows version 23.0 (IBM Corporation, Armonk, NY, USA), and statistical significance was set as p<0.05. Factor analysis (maximum likelihood method and promax rotation) was carried out on 12 items of the NPI. Factors were selected based on the “eigenvalues greater than 1” rule. Factor loadings equal to or greater than 0.30 were included. We used multiple linear regression analysis in a stepwise fashion to test for association with the classification of NPI. The dependent variables were summed factor scores of each group, and the candidates for associated factors were, age, gender, living situation, type of dementia, total MMSE scores and 5 items of N-ADL. To determine independent factors, variables with p<0.10 in the univariate analysis were included in a stepwise multiple linear regression model.

The clinical profiles of patients are shown in Table 1. The rate of AD was about two-thirds of all patients. The study participants included a relatively large percentage of DLB patients, but only 9 patients (5.1%) with vascular dementia. The number of patients with AD and DLB accounted for over 90% of the total number of participants.

Table 2 shows the mean NPI scores. All patients presented with several symptoms. Agitation was the most common symptom, being clinically present in 71% of patients. Irritability and aberrant motor behavior were also very common, occurring in about 60% of patients. The rarest symptom was euphoria.

Factor analysis of the NPI

The results for NPI factor analysis of the total patient group are shown in Table 3. The factor analysis reduced the 12 variables to three factors. The three factors were interpreted as ‘hyperactivity’ (factor 1), ‘affective symptoms’ (factor 2) and ‘psychosis’ (factor 3). Euphoria, apathy, and nighttime behavior disturbances were excluded in the process of analysis because the factor loading was smaller than 0.30. These were consistent with labels proposed by previous studies [11,12]. Absence of a significant correlation was confirmed for each factor (Table 4).

Table 3: Factor loadings for factor analysis with promax rotation of the NPI score.

Factors associated with each factor score

NPI factor analysis resulted in the classification of three factors - ‘hyperactivity’, ‘affective symptoms’ and ‘psychosis’. Apathy was not included as a factor which is inconsistent with previous studies using outpatients. We do not consider apathy a condition which necessarily demands hospitalization. On the other hand, hyperactivity, affective symptoms and psychosis have been reported to be major predictors of institutionalization [23]. The NPI score was higher for the items of delusions and hallucinations, agitation, disinhibition, irritability, aberrant motor behavior, and nighttime behavior disturbances than previous studies [11]. These findings may reflect our study population including more individuals with DLB.

Our study included only a small number of patients with VD. As these patients often exhibit apathy which can be cared for by the long- term care insurance system of our country, they are less likely to be hospitalized in a psychiatric facility. However, in contrast, patients with DLB often have severe psychotic symptoms [24].

Previous studies identified lower MMSE scores and lower age as contributing factors to hyperactivity [25]. It may be effective to channel the high energy of patients with hyperactivity into simple and meaningful activities, such as the repetition of a single task, e.g. hand weaving, polishing of wood crafts, stamping of leather crafts, physical exercise, or singing songs.

Although the influence of female gender on the factor score for affective symptoms was similar to that observed in previous studies [26], the involvement of ADL in affective symptoms was a notable finding. This finding reflects the fact that the patients in our study often presented with severe depression and difficulty with food intake which required hospitalization and intravenous nutrition. Such patients could easily fall into a disuse syndrome due to limited physical activities. It may be important to facilitate the patients leaving their own bed in the early stages and provide a mild exercise program.

Our study showed an association of the type of dementia with psychosis. The result was attributable to DLB, in which about 80% of patients experience hallucinations [27]. Possible rehabilitation strategies utilizing high cognitive function may include education programs to improve insight into disease and cope with hallucinations.

Table 5: Univariate and multivariate logistic regression analyses of the relationship between the three factor scores and characteristics.

This study had some limitations that should be acknowledged and addressed. As the present study had a retrospective research design with data obtained from medical records, the available information was limited. Further, factors such as family relationships, instrumental ADL, and social participation may need to be examined. The diagnosis of dementia was made according to clinical criteria although our study population might have included patients with a mixed form of dementia, such as degenerative plus VD or AD plus DLB. As this study was conducted at a single facility in Japan, it is difficult to generalize the results. In the future, in addition to adding survey items, a better-designed prospective study that gathers data from multiple facilities is desired.

Our study classified BPSD in inpatients into three sub-syndromes and showed that cognitive and physical functions were associated with BPSD. Further investigations are warranted to establish nonpharmacological strategies for inpatients with BPSD.

This study was supported by a JAOT research grant (Number 2015-01) and by the Ministry of Health, Labour and Welfare, Japan (H27 Cyouju-General-004) for Tatsuru Kitamura. 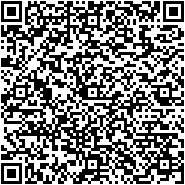