Lysosomes are membrane-bound organelles that mediate the intracellular degradation and recycling of damaged/aged/misfolded proteins. A limiting membrane seals off the lysosome's acidic environment, preventing its enzymes from harming the rest of the cell by leakage. So, maintaining lysosomal membrane integrity is crucial for the cell homeostasis and survival. However, different forms of the oxidative stress or lethal injury can induce lysosomal membrane destabilization, which results in the translocation of intralysosomal hydrolytic cathepsin enzymes to the cytoplasm. Since lysosomes are very tiny organelles measuring approximately 300-500 nm, and possibly fade away within hours or days in response to the insult, detecting the disintegrating lysosomes at the real time is extremely difficult especially in the chronic disorder such as Alzheimer’s disease. Intriguingly, in the hippocampal CA1 neurons showing delayed neuronal death on days 5~7 after transient brain ischemia, by electron microscopy Yamashima et al. observed for the first time occurrence of the lysosomal membrane rupture from immediately after ischemia until day 3 (Figure 1) [1]. This discovery has let them formulate the ‘calpain-cathepsin hypothesis’ [2-5]. Subsequently, by the detailed review of the electron microphotographs of the cortical neurons of human Alzheimer brain published by Nixon et al. in 2005, evidence of the lysosomal membrane permeabilization with leakage of the lysosomal content was confirmed in Figure 2 [6-8]. This led the author to speculate that Alzheimer neuronal death might occur by the similar cascade with ischemic neuronal death. Figure 1: Lysosomes of the hippocampal CA1 neuron in a macaque monkey after transient brain ischemia, show rupture of the limiting membrane (small arrows) with leakage of the lysosomal content (large arrows). Swelling of rough ER and mitochondria indicate the extent of the acute insult. Scale bar=500 nm [1]. Figure 2: The cortical neuron of the patient with Alzheimer’s disease reveals evidence of lysosomal membrane rupture (circles) with leakage of the fine-granular contents, showing a marked contrast with normal lysosomes (open arrows). Both giant auto lysosomes and disrupted, but not swollen, mitochondria suggest that chronic degeneration is processing in this neuron. Scale bar=1 µm.

Recent data advocate for dual roles of heat-shock protein 70.1 (Hsp70.1) not only as a molecular chaperone for damaged/aged proteins but also as a guardian of lysosomal integrity [9]. Thus, in case of Hsp70.1 dysfunction, not only failure of protein traffic and degradation but also lysosomal membrane destabilization may occur. In the monkey CA1 neurons after transient brain ischemia, the author’s group later found by the proteomic analysis that Hsp70.1 can become an in-vivo target of carbonylation by a lipid peroxidation product, hydroxynonenal [3,4]. Furthermore, in the in-vitro experiments, Hsp70.1 being carbonylated by Hydroxynonenal was found to be susceptible to the cleavage by activated μ-calpain [5]. Calpain-mediated Hsp70.1 cleavage may lead to autophagy failure and lysosomal destabilization with the resultant release of hydrolytic cathepsin enzymes and cell degeneration/ death [2-5,7,8]. Recently, we reported that injections of the synthetic Hydroxynonenal can induce diverse cell death in monkeys [10]. The conclusion of this preliminary study was that the causative substance for diverse cell death in the brain, liver, and pancreas is actually ‘vegetable oils’ which generate Hydroxynonenal by heating. Targeting especially ω-6 polyunsaturated fatty acid- derived Hydroxynonenal, may help elucidate and prevent lifestyle-related diseases such as Alzheimer’s disease, non-alcoholic Steatohepatitis, and type 2 diabetes [11].

Due to their high hydrolase content, leakage of the lysosomal content to the cytosol is potentially harmful to the cell. Since the late 1960’s, considerable interests were focused on the role of lysosomes in the cell degeneration and necrosis. Previous researchers thought that acid phosphatase or other lysosomal enzymes can leak from the ultrastructurally-intact lysosomal membranes (i.e. the concept of lysosomal membrane permeabilization), but not from rupture sites in their membranes. Recently, lysosomal membrane permeabilization was suggested to induce apoptosis by mitochondrial transmembrane potential loss or caspase activation. In contrast, lysosomal membrane rupture can induce necrotic cell death due to extensive leakage of cathepsin enzymes [1,2,7]. Although neuronal death is the main cause of Alzheimer’s disease, evidence of apoptosis such as apoptotic bodies are rarely observed in the Alzheimer brain, which indicates implication of another lysosome-mediated cell death in this disease.

The aim of this editorial is to let our readers remind the presence of lysosomal membrane rupture (Fig. 2) in the human brain with Alzheimer’s disease, which should be more and more focused on as a real culprit of neuronal degeneration/death of this disease [7-11]. Detailed electron microscopic analysis of the human brain with mild cognitive impairment or the prodromal stage of Alzheimer’s disease, are recommended to detect lysosomal membrane rupture timely. Since most of the lysosomes have already shrunken by rupture and possibly faded away with progression of neuronal loss, the brain with advanced stage of Alzheimer’s disease would be inappropriate for such analysis. In conclusion, the author speculates that there is a common cascade of ‘calpain-mediated cleavage of carbonylated Hsp70.1’ between ischemic and degenerative neuronal death [6]. Lysosomal rupture may be a common cause of both ischemic stroke and Alzheimer’s disease; the difference is that the former occurs by acute ischemia whereas the latter occurs by chronic (long-standing) ischemia.

The author is deeply grateful for Prof. Ralph A. Nixon of the Center for Dementia Research, Nathan Kline Institute for Psychiatric Research, Orangeburg, New York to give him a valuable chance of reviewing many electron microphotographs of patients with Alzheimer’s disease. Figure 2 was kindly supplied by the courtesy of Prof. R.A. Nixon in 2013. 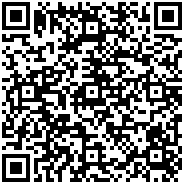