Lipopolysaccharide (LPS, endotoxin) is the conserved surface component of Gram-negative bacteria against which, during evolution, an efficient immune response has been developed. However, chemical diversity within this structure helps the microorganism to overcome host immune defence mechanisms. In general, the surface structures of bacterial pathogens such as fimbriae, flagella, capsule or LPS can initiate phagocytosis or activate complement system. They may also be recognized by neutralizing antibody, what is probably sufficient for control the infection [1,2]. Of particular importance in this paper is typical for Gram-negative bacteria LPS, because it is believed that it is very important activator of an innate immunity. On the molecular level, LPS can contribute to the development of dangerous syndromes, which include sepsis and septic shock [3]. Although Gram-positive bacteria also contain antigens that act as strong antigens such as peptidoglycan or lipoteichoic acid, the largest proportion of clinical trials for sepsis occur with LPS-connected endotoxemia [4]. In this paper, I have presented the most compelling, in my opinion, discoveries of interaction between human host and bacterial LPS.

The manifestation of the toxic activity of LPS is possible after its release from the bacterial cell wall, for example during antibiotic treatment, or while bacteria are being intensively divided, hence theoretically bacteria are less dangerous for the host when they stay intact, or they do not multiply urgently. LPS is classified as thymusindependent type 1 (TI-1) antigen, which means that it can activate of B cells without T cell help. Many TI-1 antigens possess the ability in high concentrations to activate B cell clones that are specific for other antigens (polyclonal B activation). However, in lower concentrations they only activate B cells specific for themselves. In line with this, memory induction to TI antigens is relatively weak [1,5]. Higher organism is equipped in molecules that regulate the number of LPS molecules in the body and inhibit the biological effects of its action. These include soluble form of the CD14 antigen (sCD14), high-density lipoproteins (HDL), low-density lipoproteins (LDL), BPI protein, lysozyme, lactoferrin, and cationic antimicrobial protein CAP18. These molecules remove LPS from the circulation, thus preventing its interaction with macrophages and neutrophils, which limits the inflammatory response [6,7]. At the biochemical level, LPS is recognized by the Toll-like receptors (TLRs) preferentially expressed on phagocytes, dendritic cells, and epithelial cells at sites of bacterial entry to the host. However, recent studies have revealed the existence of host responses to LPS that does not require TLR4 [8].

The response through TLRs is regulated at three levels: during the recruitment of adapter proteins, the stability of intermediary proteins, and regulation of transcription. Of the ten expressed in humans, there are two TLR2 and TLR4 that mediate signal transduction in response to the presence of LPS. It has been shown that LPS from Leptospira interrogans , the spirochete that is responsible for leptospirosis, use TLR2 instead of TLR4 for signaling in human cells [9]. Binding of endotoxin to TLRs initiate the production of proinflammatory cytokine that induces an inflammatory response. Convenient investigations have been developed on the effects of LPS on the host cell. Complex endotoxin-connected processes are predominantly divided into five stages: I) neutralization of LPS, II) cell activation pathway, III) LPS transfer, IV) activation of acute phase response, and V) activation of endothelial cells.

The signals for the production of cytokines by phagocytic cells, which have been in contact with LPS, may proceed through two reaction pathways. In short, in MyD88-dependent route, LPS becomes bound to GPI-linked membrane form of the protein (mCD14) present on neutrophils and macrophages. Second, the MyD88-independent pathway occurs when LPS is internalized in the endosome, within the phagocytic cell. The mCD14-LPS complex, in association with TLR4 and MD-2, transduces signals that cause increased expression of integrins and increased the release of proinflammatory cytokines including TNF-α and IL-1. These, in turn, activate endothelial cells and drive the acute phase of response in the liver. The proper reactions result in the activation of factors: nuclear factor kappa B (NF-kB), interferon regulatory factor (IRF3), and activator protein 1 (AP-1) and cytokine production [4]. From the above-described mechanism turned on in response to the presence of LPS, there is an exception. Recent studies revealed that intracellular LPS could trigger caspase-11 activation by a process that does not require TLR4. However, how LPS enters the cytosol during bacterial infection and triggers caspase-11 activation is unknown [10].

Finally, it is worth emphasizing that controlled toxicity of endotoxin is employed in vaccines composition. A typical example is monophosphoryl derivative of lipid A (MPLA), which is used as an adjuvant in antibacterial vaccines [11]. A new trend in medical microbiology and immunology is the development of vaccine candidate with outer membrane vesicles (OMV) containing among others outer membrane proteins and LPS [12,13]. Recently developed generalized modules for membrane antigens (GMMA) that are genetically derived blebs seem attractive perspective as vaccine candidates especially in the developing countries [14].

In conclusion, this work contains solely a top of a tremendous knowledge about the biological effects of LPS. One can imagine how many processes occur in the course of infection in the human's body, given that the bacterium is the carrier of different antigens.

Copyright: © 2016 Kołoch BF, et al. This is an open-access article distributed under the terms of the Creative Commons Attribution License, which permits unrestricted use, distribution, and reproduction in any medium, provided the original author and source are credited. 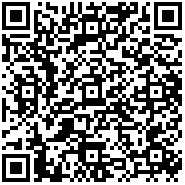