Intimation of Microbial Plaque as a Hydrogel

A hydrogel with an organised structure and function is dental plaque. Plaque contains a diverse microbiological composition and forms in an organised manner. In good health, it holds steady throughout time. Despite the fact that the suspected pathogens are frequently found at normal sites in small amounts, the dominant species from diseased sites differ from those found in healthy areas. Even if additional species with important features may be implicated, acid-genic and acid-tolerating species like mutans streptococci and lactobacilli are shifting toward community dominance in dental caries. Inhibiting the growth of hydrogel or bolstering the host defence are two potential caries control strategies. These
more traditional methods may also be strengthened by interfering with the variables that allow cariogenic bacteria to bypass the usual homeostatic controls that limit their growth in plaque and outcompete species linked to health. It appears that lactobacilli and mutans streptococci are favourably selected for in plaque under normal low pH settings. As a result, maintaining plaque homeostasis may be helped by the use of metabolic inhibitors and non-fermentable artificial sweeteners in snacks, as well as by stimulating salivation. These strategies reduce the catabolism of sugar and the generation of acids. Arguments will be made in favour of adopting a more comprehensive strategy for caries reduction
by having an understanding of ecological principles.

The hydrogel of microorganisms known as dental plaque is located on the surface of teeth and is embedded in a matrix of polymers that are both bacterial and host-derived. The difference between microbial communities’ increased pathogenicity and biofilms’ decreased susceptibility to antimicrobial treatments is of therapeutic importance [1]. While bacteria living on a surface grow slowly and exhibit a unique phenotypic, one effect of which is a lower susceptibility to inhibitors, the structure of the plaque hydrogel may prevent the penetration of antimicrobial drugs [2]. The physiology and defence of the host are normally developed as a result of plaque, which is natural.

A physically and functionally organised, species-rich microbial community is created when dental plaque is formed as a result of an organised series of activities. There are several stages in plaque formation, including acquired pellicle formation, reversible adhesion, which involves weak long-range physico-chemical interactions between the cell surface and the pellicle and can result in a stronger adhesion-receptor mediated attachment, co-adhesion, which causes secondary colonisers to attach to already attached cells, multiply, form biofilms, and, occasionally, detachment [3]. Strategies to regulate or affect the pattern of hydrogel development may be developed as our understanding of the mechanics of bacterial attachment and co-adhesion grows [4]. The features of the colonising surfaces may be chemically changed to make them less hospitable to microbial colonisation, and analogues could be created to prevent adhesionreceptor attachment or co-adhesion. Even if a major adhesion is blocked, cells can express multiple types of adhesion, which allows for the use of alternative attachment mechanisms [5]. Additionally, even while adherence is important for colonisation, an organism’s ability to proliferate and outcompete nearby cells will ultimately determine the final proportions of a species within a mixed culture biofilm, such as dental plaque.

Numerous species have been found at certain sites, and the climax community of plaque has a diverse general composition once it has formed. More than 600 bacterial and Archae taxa have been discovered using molecular ecology methods, of which over 50% are now inaccessible through culture [6]. In spite of routine small environmental stresses, such as those caused by food elements, oral hygiene, and host defence, alterations in saliva flow throughout the day, etc., plaque’s species composition at a site is characterised by a degree of stability or equilibrium among the component species [7]. This stability is imposed via a variety of microbial interactions, including instances of both synergism and antagonism, and is not the result of any biological indifference among the resident species [8]. In addition to more subtle cell-cell signalling, these interactions can include more traditional biochemical ones, such as those required to break down complex host glycoproteins and create food chains. The coordinated gene expression that can result from this signalling within the microbial population is currently being considered as a possible target for brand-new therapies.

In order to try and identify the species specifically implicated in causing pathology, numerous research have been conducted to evaluate the composition of the plaque micro flora from sick areas. Plaque-mediated diseases manifest at locations with a diverse resident micro flora, and the characteristics linked to carcinogenicity are not confined to a single species, making it challenging to interpret the data from such studies [9]. There is a significant overlap in the expression of these cariogenic qualities among isolates that represent different streptococcal species, according to a study of their physical characteristics. The physical proximity of microbes in biofilms like plaque can increase the likelihood of interactions, some of which may be able to control the pathogenic potential of cariogenic bacteria [10, 11]. The formation of food chains involving Veillonella spp. or due to base generation by nearby organisms can both mitigate the effects of acid production by cariogenic species. Therefore, it should come as no surprise that attempts to use the existence of particular species as diagnostic or prognostic indications of disease have met with only patchy success [12]. It may be possible to identify specific microbial profiles that correlate with caries or periodontal disease thanks to the development of microarrays, which can identify the presence of all conceivable groups of microorganisms in plaque (Stahl, this symposium). However, markers of biochemical activity may also be required.

Factors Behind the Disordering of Microbial Stability

The types of stimuli that can upset the intrinsic homeostasis that exists within microbial communities have been identified through studies of a variety of settings [13]. A considerable change in the nutritional status, either by the addition of a novel substrate or a significant chemical perturbation to the site, is a typical characteristic. In environmental microbiology, it is known, for instance, that nitrogenous fertilisers that run off farmland and into lakes and ponds can encourage an overgrowth of algae [14]. The loss of aerobic microbial, plant, and insect life can result from the algae consuming the water’s dissolved oxygen (eutrophication). Similar to how sulphur dioxide and nitrogen oxides in the atmosphere can cause acid rain, which harms plants and trees and eliminates aquatic life, It is well recognised that while a disease is present, the local environment might change. Plaque is exposed to low pH more frequently when someone has caries because they consume fermentable carbohydrates in their diet more regularly. Oral bacteria that predominate in either health or disease have their gene expression altered as a result of environmental changes in nutrient availability and pH [15]. It has been found that organisms like mutans streptococci are better able to adapt to low pH and up-regulate a number of genes that protect against acid stress. For instance, S. mutans cells respond to sub-lethal pH levels by up-regulating a number of particular proteins and functions. This improves survival in acidic environments like those found in caries lesions. These phenotypic variations will change how bacteria compete in plaque [16]. In order to address particular concerns regarding the influence of such changes on the relative competitiveness of individual species and the impact on community stability, laboratory modelling experiments including various but defined communities of oral bacteria have been conducted [17]. These research’ analysis resulted in the development of an alternate theory linking oral bacteria to dental illness as well as the discovery of factors that upset the normal balance of the local plaque micro flora.

An appreciation of ecological principles may be the key to moving away from ideas that have developed from studies of traditional medical infections with a simple and defined aetiology and toward a more comprehensive knowledge of the function of microbes in dental illnesses like caries. A failure of the homeostatic mechanisms that typically uphold a positive interaction between the local oral micro flora and the host may be seen as the onset of plaque-mediated illness at a site. Understanding the ecology of the oral cavity will help the informed clinician examine the patient’s diet, physiology, host defence, and overall wellbeing when evaluating treatment options because these factors will have an impact on the balance and activity of the resident oral micro flora. If the source of any loss of homeostasis is not found and addressed, further illness episodes will develop. For instance, a decrease in saliva flow is a common pharmaceutical side effect. The sugar clearance and buffering capacity will be negatively impacted, which will encourage the growth of bacteria that can tolerate acid and may be cariogenic. Finding these important control points can help choose the best caries prevention techniques that are suited to the requirements of each patient. In this manner, the doctor tries to find and change the elements that, if left unaddressed, will certainly result in additional illness rather than only treating the symptoms of the caries process as a whole.

The entire has explained well by the author.

The author declares that has on conflict of interest.

Copyright: © 2022 Jones R. This is an open-access article distributed under the terms of the Creative Commons Attribution License, which permits unrestricted use, distribution, and reproduction in any medium, provided the original author and source are credited. 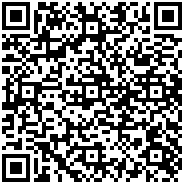