Khalid I Afzal*
Department of Psychiatry and Behavioral Neuroscience, The University of Chicago, Chicago, IL, USA

Cyberbullying is recognized as a serious public health problem in youth and increasingly linked with both short and long term psychological, physiological and social consequences. In the age of social media, clinicians are expected to have a low threshold of suspicion for cyberbullying; however, an insufficient awareness of its prevalence along with a lack of available standardized interviewing techniques may become a barrier for its uniform assessment. This editorial underscores the importance of learning the differences between both traditional bullying and cyberbullying and to encourage providers to adopt creative ways to interview youth for early recognition and timely intervention.

October is celebrated as the National Bullying Prevention Month in the United States, founded in 2006 by PACER's National Bullying Prevention Center, and aims to unite communities nationwide to educate and raise awareness of bullying prevention [1]. Although bullying behavior is identified in all cultures across the globe, it was after the well-publicized suicides of three Norwegian students in 1982 that it caught the eye of scientific community [2].

A recent report from the National Academies of Sciences, Engineering, and Medicine calls bullying a serious public health problem, with serious long-term and psychological consequences for both victims and perpetrators [3]. It is linked with a cluster of physical and emotional symptoms in victims such as suicidality, school phobia, anxiety, depression, eating disorders, alcohol consumption, posttraumatic stress disorder, self-injurious behavior, psychosis, sleeping difficulties, somatic symptoms and poor academic and workrelated achievement [2,4-8]. Bullies are also likely to report externalizing symptoms and have increased incidence of criminality and drug use as adults [9]. The World Health Organization (WHO) estimates global prevalence of bullying, from data collected in 66 countries, to be the lowest (7%) in Tajikistan and the highest (70%) in Zimbabwe [10].

The current youth risk behavior surveillance in the United States, 2015, suggests, 1 out of every 5 youth (N=15,713), grades 9-12, was bullied on school premises during the preceding 12 months [11]. This survey included both traditional bullying and cyberbullying. In another study, the range of reported cyberbullying was perpetration, 1-41%; victimization, 3-72%; and overlapping perpetration and victimization, 2.3-16.7% [12]. These numbers likely underestimate the scope of problem, as most children keep silent to these experiences for a number of reasons including fear and embarrassment [13]. Sourander et al. reports that exposure to bullying, even in the absence of childhood psychiatric symptoms, is associated with severe adulthood psychiatric outcomes that require treatment in specialized services [14]. Adolescents who were both perpetrators and targets (i.e., bully/victims) experienced the most adverse health outcomes, including decreased psychological and physical health [15].

“Using an information and communication technology to target one or more people directly or indirectly, whereby the goal from the bully’s perspective is to intentionally harm the victim; the behavior is perceived as intentional and harmful as defined by a victim and a bystander observes that a behavior has negatively affected another person, or that such a behavior would likely negatively affect the bystander if directed toward him or her and the behavior could be once-off or repeating”. This definition incorporates key features of traditional bullying namely repetition, intent to harm and power imbalance and takes into consideration a combination of the perspective of bullies, victims and bystanders. Although the term “cyber-harassment” is also used interchangeably in the literature, this author will refer to “cyberbullying” according to the definition noted above [17].

Individuals who are being cyberbullied are often bullied in person as well, and referred to as global victims. As opposed to traditional bullying, cyberbullying invades the individual’s life in unprecedented ways, as it is not limited by time and space and can have unlimited audience with an astronomical bystander effect [15,16,18].

Messages and images can be posted anonymously and can exist in a more permanent state. Bullies have a diminished understanding of the consequences of their actions due to lack of face-to-face interaction and thus decreasing personal accountability. This disinhibition effect can lead to pervasive patterns of engagement in bullying behavior and sometimes making it impossible to trace the source [15,19,20].

Although occurring in both genders, researchers identify higher incidence of cyberbullying in females as compared to males [20]. Common risk factors include youth with physical or intellectual disabilities, autism spectrum disorder, overweight and obesity, racial differences, sexual orientation and medical illnesses [21-27].

Providers are expected to have a low threshold of suspicion for both bullying and cyberbullying. Inquiry about cyberbullying needs to be a part of every clinical interaction with youth. As suggested by statistics, the likelihood of an individual being bullied, especially in the presence of risk factors, is high. Any red flag, such as hesitance in answering a question about a change in behavior, needs to be explored further.

In conclusion, cyberbullying is a serious public health problem across the world and requires special attention during clinical interactions with youth. Providers need to develop a low threshold of its suspicion and should explore its presence especially in high risk youth or individuals with warning signs. Early intervention at the individual, family, school and social level is the key to avoiding serious consequences in the future, particularly fatal outcomes.

Copyright: © 2016 Afzal KI. This is an open-access article distributed under the terms of the Creative Commons Attribution License, which permits unrestricted use, distribution, and reproduction in any medium, provided the original author and source are credited. 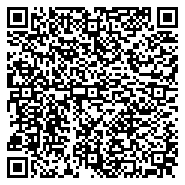