Numerous studies have attempted to explain project complexity by exploring the various approaches adopted by researchers [1,2]. The theoretical perspective of project complexity; and the “actuality” of complexity within construction projects has been investigated in the literature reviewed, highlighting the lack of consensus on the subject matter [3]. According to Baccarini [4] complexity is one of the critical project characteristics that determine appropriate actions to result in successful project outcomes, with construction projects continuously displaying higher levels of complexity since the mid-1940’s. Many other researchers supported Baccarini’s [4] view that project success is dependent on the complexity of a project, having a direct effect on the overall project performance [1,5,6]. Evidently, much of the research produced to date by the construction community has failed to consider the application of lean construction as a way to improve project performance by managing project complexity, ensuring the successful delivery of construction projects. Research undertaken by Smith et al [7] and Bhasin [8] supported this view, noting that the application of lean is what needs to happen for successful project delivery.

Wheeler [11] suggested that difficulties tend to surface throughout the project duration where the project is initially ill-defined. It is generally the negotiation and consensus building to overcome these difficulties, which result in the project being classified as complex. Dombkins [12] supported Wheeler’s [11] assessment, recognising complexity in projects as the unattainable act to undertake accurate detailed long-term planning. It must be noted; that the findings put forth by Wheeler [11] and Dombkins [12] might have been more convincing had they highlighted the need for the construction research community and industry to implement lean construction as a way to overcome project complexity in construction project delivery. Although extensive research has been carried out on project complexity, to date all existing accounts have failed to provide a single, clear definition of project complexity.

Copyright: ©2013 Ochieng E, et al. This is an open-access article distributed under the terms of the Creative Commons Attribution License, which permits unrestricted use, distribution, and reproduction in any medium, provided the original author and source are credited. 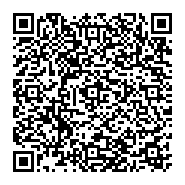