Minor gum bleeding can usually be treated at home by the patient. Gum bleeding is treatable and can be avoided with good oral hygiene and natural therapies. The majority of the time, gum bleeding is not a significant condition.Following tooth brushing or flossing, one could see some blood, which might aggravate sensitive gums. Plaque or tartar accumulation is the most typical cause of bleeding gums in people. Along the gum line, these elements enable bacterial growth. Sensitivity and bleeding can be avoided with proper dental care.

There are several common causes of sensitive or bleeding gums, including: (1) not brushing teeth frequently enough, or at least twice a day; (2) using a toothbrush that is too hard or stiff; (3) using a frayed, worn toothbrush that no longer cleans effectively; (4) using dental floss roughly rather than gently pushing it down and hugging the sides of each tooth; (5) taking certain medications, such as aspirin, blood thinners, or ibuprofen; and (6) having gingivitis [1].

To stop bleeding gums and stop it from happening again, use the following techniques.

People can help stop the bleeding by placing clean, damp gauze against the region as they would with bleeding anyplace else on the body [2, 3]. Till the blood stops pouring, gently press the gauze into place. Gums may take a long time to cease bleeding in people with compromised immune systems or other medical conditions. Ask a dentist how to block the blood flow the best way possible.

To assist calm swollen, bleeding gums, put a cool compress, a tiny ice pack, or an ice cube against them. Ice packs are particularly beneficial for treating wounds and scrape in the mouth that produce edoema. Additionally, they can aid in reducing gingivitis-related discomfort and swelling [4]. Use the ice for 10 minutes at a time, followed by 10 minutes off. Some people might think about calling an emergency room if the bleeding does not stop.

Gum bleeding can be treated and avoided with the use of antibacterial mouthwash. They calm aching, swollen, and bleeding gums by eliminating bacteria and decreasing inflammation. The common cause of bleeding gums, gingivitis, can be treated and prevented with mouthwash [5]. Chlorohexidine and hydrogen peroxide are two common active components in mouthwashes. To manage bleeding gums when they occur, keep mouthwash on hand. Drug stores sell mouthwash, while online retailers provide a variety of brands.

Application of a warm salt rinse

By rinsing with salt water, you can shorten healing times and help control bacteria. The American Dental Association (ADA) recommends mixing half a teaspoon of salt with 8 ounces of warm water to create an oral salt rinse [6]. To thoroughly clean the mouth, swish the salt water around, and then spit the solution out. Several times daily, or as directed by your dentist, repeat this.

Application of a turmeric paste

Natural antibacterial and anti-inflammatory properties exist in turmeric. The signs of gingivitis and bleeding gums may be lessened by applying a turmeric paste to the gums. But as of right now, there is no solid scientific proof that turmeric has any impact on gum disease or bleeding gums [7]. The active component of turmeric, curcumin, was compared against Chlorhexidine in a small-scale study to see how either affected oral hygiene. Similar anti-inflammatory benefits were observed by the researchers in users of these gels who applied them twice daily for 10 minutes each time [8]. Although turmeric is yellow, rinsing thoroughly after using it should prevent tooth stains. When mixed with baking soda, turmeric can be used by some people to whiten their teeth. However, there is no proof that this treatment works.

Application of the right toothbrush

One can choose a toothbrush that is exceptionally soft or sensitive if they have sensitive gums. Brushes that are firm or medium are too harsh on the gums [9]. The ADA advises using a soft-bristle toothbrush for two minutes, twice daily. Both manual and electric toothbrushes are supposedly effective. Every three to four months, or sooner if the bristles are frayed, replace your toothbrush.

The first few times you floss, you might bleed. The stimulus may not be accustomed to by the gums. However, if you floss every day for a few days, the bleeding should stop. Over time, regular flossing should lessen gum bleeding and enhance overall gum health.

According to the Centres for Disease Control and Prevention, smoking is a significant contributor to gum disease. Smoking weakens the immune system of the body, making it less able to defend against the germs that naturally adhere to the gums [10]. Smoking makes it more difficult for the body to repair its tissues after the gums have been harmed. The entire body benefits when a person stops smoking, and their mouth and gums improve significantly as well. After quitting smoking, people frequently observe changes in their oral health right away.

An old Ayurvedic medical technique is oil drawing. It entails spitting out specific oil after swishing it around in the mouth for up to 20 minutes. It can supposedly whiten teeth and enhance oral health, according to supporters. Oil pulling may be beneficial for certain persons, but the ADA does not advise it for dental hygiene because there is insufficient research to support its efficacy. Oil pulling cannot, according to experts, take the place of regular brushing and flossing [11, 12]. A little amount of data reveals that oil pulling is superior to a placebo at reducing oral plaque levels. For a week, study participants washed their mouths with coconut oil for 10 minutes each day. According to the hypothesis, oil pulling causes the bacteria in the mouth to be drawn out, and spitting the oil out causes the bacteria to be expelled. Some individuals utilise antimicrobial oils, such coconut oil.

Too much consumption of processed, starchy meals might result in gingivitis and bleeding gums. Foods that are starchy might attach to your teeth and gums and turn into sugar [13, 14]. This behaviour may result in bleeding, gum irritation, and an increase in tooth decay. Potato chips, refined bread, cakes, and cookies are examples of starchy processed foods.

Carrots and other crunchy vegetables might help keep teeth clean in between meals. Their crunchiness can aid in removing food debris from the teeth [15, 16]. Additionally, because they are low in sugar and carbohydrates, they do not contribute to tooth decay or gum disease.

Kale, lettuce, and spinach are a few examples of leafy greens that are great suppliers of Vitamin K and other nutrients. People who are low in vitamin K may experience more bleeding than usual because a vitamin K deficit might impact how long it takes for blood to clot [17]. Ask your doctor how much vitamin K you need in your diet if you have a history of blood clots, prevention and long-term care. Adopting a healthy lifestyle that guards against the illnesses that lead to bleeding gums is the best method to stay away from this condition.

Gum disease, including bleeding gums, can frequently be avoided and prevented by: (1) maintaining appropriate dental hygiene habits, such as brushing twice daily and flossing once daily, (2) changing out toothbrushes every three to four months, (3) visiting the dentist frequently, (4) scheduling routine cleaning and tartar removal sessions with the dentist, (5) visiting a doctor frequently to check for health issues like diabetes that might lead to gum issues, (6) avoiding smoking or seeking help from a doctor to stop smoking, (7) eating a balanced diet that limits processed foods and foods with added sugars while include lots of fresh fruits and vegetables [18].

If one notices changes in their gums, teeth, or mouth, they ought to consult their dentist. The gums shouldn’t hurt, be red or bleed on a daily basis. A dentist can check for early-stage gum disease and other problems if the problem is persistent or does not go away with proper oral hygiene habits.

Infection symptoms like fever or edoema should be reported to a medical expert. Pregnancy, certain medical disorders, vitamin deficits including vitamin C or K, and bleeding gums are also possible causes [19]. After attempting to address this symptom at home, people should visit their doctor or dentist if the bleeding does not stop [20]. Visits to the dentist regularly can prevent modest, early-stage gum disease from getting worse. Gum disease left untreated might ultimately result in infection and tooth loss. A dentist can also monitor a person’s oral health generally and identify more serious issues, such as the early stages of mouth cancer.

Most minor episodes of bleeding gums can be successfully treated at home using natural therapies. By maintaining appropriate oral hygiene and addressing any underlying causes, it is also feasible to stop bleeding gums in the future. For persistent or heavy bleeding, consult a physician. Gum disease is treatable by a dentist, particularly if it is discovered in its early stages. By leading a healthy lifestyle and seeking regular medical treatment, a person with diabetes can help control their blood sugar levels, stop their gums from bleeding, and treat gingivitis. A patient can cooperate with their doctor to take drugs and receive other treatments as necessary if they have a blood abnormality that results in unusual bleeding, such as haemophilia.

Copyright: © 2022 Heydari A. This is an open-access article distributed under the terms of the Creative Commons Attribution License, which permits unrestricted use, distribution, and reproduction in any medium, provided the original author and source are credited. 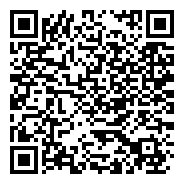