Copyright: © 2016 Alafuzoff I, et al. This is an open-access article distributed under the terms of the Creative Commons Attribution License, which permits unrestricted use, distribution, and reproduction in any medium, provided the original author and source are credited.

Here, we assessed p62/sequestosome-1(p62) and α-synuclein (αS) immunoreactivity (IR) in full-thickness bowel specimens of the gut obtained from six subjects with GIDS and from 17 controls.

In the myenteric neurons, fine punctuate p62-IR were seen in all of the controls, whereas diffuse cytoplasmic and nuclear p62-IR were seen in the GIDS cases. Physiological αS-IR (clone 42/αS) was seen in all of the controls and the GIDS cases in the lamina propria, the submucosal and in the myenteric plexuses. The disease associated αS (clone 5G4) labeled the cytoplasm of the ganglion cells only in the myenteric plexus in three out of the four subjects with the GIDS/inflammatory neuropathy.

In summary, ganglion cells were readily visualized in all of the layers of the bowel with clone 42/αS, and p62 displayed altered patterns of labeling in subjects with the GIDS. Labeling seen with the disease associated clone 5G4/αS in the GIDS/inflammatory neuropathy is intriguing and might indicate that the alteration of αS is triggered by a chronic inflammation.

Gastrointestinal dysmotility syndrome (GIDS) can be the consequence of diseases involving the enteric nervous system (enteric neuropathies) or based on abnormalities of the enteric smooth muscles (myopathies) [1]. Gastrointestinal (GI) functional disturbances are observed in subjects without any additional complaints but also in subjects with neurodegenerative diseases (ND) [2]. Studies carried out on subjects with Parkinson’s disease (PD) have revealed that neuronal degeneration affects not only the neurons of the CNS but also the neurons located in the peripheral organs, i.e., disease associated α synuclein (αS) is seen in the visceral organs [3].

The p62/sequestosome-1(p62), an ubiquitin-binding scaffold/ adapter protein, has been shown to co-localize with the misfolded protein aggregates in the ND; thus, p62 has been recommended as a broad ‘spectrum’ detector of the inclusions while applying the immune histochemical (IHC) stain [4].

The objective of this study was to investigate whether p62 or αS related ganglionic alterations are detected in the GIDS cases. We looked for p62 and αS immunoreactivity (IR) in the ganglionic cells in the controls and in subjects with GIDS. Regarding αS, two antibodies were used: directed towards the physiological and disease associated form.

Twenty-three full-thickness bowel specimens, from six patients with GIDS and 17 control subjects (normal bowel adjacent to the adenocarcinoma of the bowel that was the cause of the operation), were available for this study. The demographics of the subjects are summarized in Table 1. The preparation of the full-thickness bowel biopsies for diagnostics, measuring approximately 10 × 15 mm on the serosal surface have been described in detail previously [5,6].The typing of the six GIDS cases followed the recommendations by the Gastro 2009 Working Group and is primarily based on hematoxylin-eosin (HE) stained sections [1]. New 4 μm thick sections were prepared from all of the cases for this study. None of the subjects had shown any signs or symptoms of a cerebral ND. The study was approved by the Uppsala Ethical Committee Dnr 2011/023 and 2011/289

All stained sections were assessed in light microscopy, and IR was registered as seen or not seen in magnifications ranging from X100 to X400. Ganglion cells located in the mucosal, submucosal and myenteric plexuses were searched for in both HE and IHC stains. The pattern of IHC staining (granular cytoplasmic, diffuse cytoplasmic and nuclear) was assessed and representative photomicrographs were taken using an Olympus BX46 microscope and an Olympus UC30 camera. Images were acquired using the cellSens Entry software (Olympus Optical, Tokyo, Japan).

The dichotomized outcome of the IHC stains is summarized in the Table 2.

Table 2: Outcome of the immunohistochemical stains. When applying the disease associated clone 5G4/αS, a faint cytoplasmic labeling was observed in three out of the six GIDS cases, all three being of the inflammatory neuropathy type (Figure 1M). This IR was observed only in the myenteric plexus, not in the lamina propria or the submucosa. None of the 17 controls displayed any IR applying the disease associated antibody (Figure 1H).

We assessed whether the alterations in the enteric neuronal system in the GIDS patient could be visualized using an antibody directed to the p62/sequestosome-1 and compared the outcome with the controls. This approach was chosen since p62 has been recommended for use when screening for the eventual cellular aggregates of the altered proteins in ND [4]. Interestingly, p62-IR was seen in the controls as well as in the GIDS. The pattern of p62-IR, however, was somewhat differing. In the controls, only small granular cytoplasmic labeling was observed when compared with more diffuse and even nuclear labeling in the GIDS cases.

The observations described herein are similar to those described in the neurons in oxidative stress [7]. The accumulation of p62 has been suggested to serve as a marker for either the inhibition of autophagy, defects in the autophagic degradation, or autophagy induction [8]. Diffuse homogeneous cytoplasmic p62-IR has been suggested to represent the metabolizing misfolded proteins [9]. The diffuse cytoplasmic p62-IR might also indicate that the ganglion cells were exposed to damage (oxidative stress or damaging toxins from the lymphocytes) trying to overcome/repair the damage.

The expression of p62-IR in the nuclei of the myenteric neurons in some of our patients might suggest an abnormal accumulation of proteins within the nucleus. Noteworthy, nucleocytoplasmic shuttling of p62 has been demonstrated by Pankiv and colleagues [10], and intranuclear p62 aggregates have been reported to be seen in some types of ND [11]. Based upon our observations, we can conclude that p62-IHC indeed allowed for the visualization of an abnormal IR pattern in the ganglion cells in the GIDS cases assessed here.

It has been reported that in PD, αS-IR is seen not only in the brain but also in the visceral organs; moreover, in 2014, Gray and colleagues reported that αS IR was also seen in the neurologically intact subjects [3,12].

In line with previous reports, we observed a substantial clone 42/ αS-IR (physiological) in the ganglion cells both in the controls as well as in the GIDS cases. Physiological 42/αS-IR was observed in the lamina propria, the submucosa, and particularly in the numerous ganglion cells of the myenteric plexus. Our observations are in line with Gray and colleagues, indicating that all neurologically intact subjects display αS-IR in their ganglion cell population [12]. Previous reports have reported αS-IR in none or in 8% to 82% of the neurologically intact subjects [11-15]. This discrepancy is related to the different antibodies used, different material assessed, i.e., surgical vs. post-mortem samples and the type of the sample, i.e., full thickness surgical sample vs. superficial endoscopic biopsy. Regarding antibodies, Gray and colleagues used a αS clone MJFR1 (antigen aa 1-150) as opposed to the clone 42/αS antibody used here (antigen aa 15-123) [12]. Both of these antibodies cover a broad sequence of the αS protein. Shannon and colleagues reporting an incidence of 8% used an antibody directed to the C-terminus of αS [14]. The significance of the antibody used was also recently emphasized in the work by Vaikath and colleagues [16]. It is worth noting that most studies reporting low incidence (0-8%) of αS-IR in the GI tract, in line with the work of Shannon and colleagues, have been carried out on superficial endoscopic biopsies lacking myenteric plexus [13,14]. Contrary, when whole thickness samples of GI obtained postmortem (containing myenteric plexus) have been assessed the incidence of αS-IR was reported being as high as 52% [15]. This emphasizes the significance of the type of material assessed, full thickness surgical sample vs. superficial endoscopic biopsy, while looking for the incidence of αS-IR in GI tract. The difference in incidence of αS-IR in GI tract while assessing surgical samples (100%) when compared to the postmortem samples (52%) is most likely dependent on the fixation time. Previous reports have indicated that the postmortem time does not influence the αS-IR while applying IHC techniques, whereas a significant alteration of the IR has been reported due to the fixation time [17,18]. In routine setting the fixation time when handling surgical samples is relatively short (days) when compared with postmortem sampled tissue (weeks).

An interesting observation was the faint labeling of the ganglion cells in three out of the six GIDS cases when applying the disease associated clone 5G4/αS. This “faint” 5G4/αS-IR was observed in three out of the four GIDS cases with inflammatory neuropathy but not in the cases with degenerative neuropathy or combined myoneuropathy. This observation is unique and suggests that the alterations in the αS might be related to a chronic inflammatory type of GIDS. This observation certainly merits further investigation of eventual αS alterations, particularly in subjects with chronic inflammatory bowel disorders.

The limitation of the current study is certainly the small cohort size of GIDS patients. One of the reasons to the limited number of cases is that subjects with dysmotility syndrome are seldom operated (in Sweden once per month in a population of 9 million subjects) in principle only when the symptoms are severe. Moreover to our knowledge no systematic assessment of the incidence/prevalence of GIDS has been carried out so far. Furthermore, complaints of a malfunction of the gastric motility are probably easily disregarded if not severe. Interestingly, the esophageal and GI motor dysfunction is reported often being present in PD and frequently precedes the onset of motor symptoms by more than one decade [19]. Whether these GI symptoms in PD are due to αS pathology is unclear, but noteworthy PD patients have been reported to display αS-IR lesions in their GI tract [3].

Our results showed, that in GIDS of the inflammatory type, alteration/aggregation of αS was observed in the enteric neuronal system. This observation suggests that inflammation might trigger alteration/aggregation of αS. In order to test this presumption, IR of both the physiological and disease associated αS should be assessed in patients with various chronic inflammatory bowel disorders. Noteworthy, use of surgical samples and full thickness bowel biopsies seems to be as crusial as the choice of antibody while assessing αS-IR in the GI tract [10,13]. Expression of both p62 and αS, should not only be assessed in the chronic inflammatory bowel disorders as suggested above, but also in GIDS cases as the results might shed light to the question raised, whether GIDS represent a subtype of αS-pathy. Furthermore, the use of conformation-specific αS antibodies might contribute to the unraveling of the development of αS pathology seen in the myenteric ganglion cells.

We thank the medical laboratory technologists Maria Nilsson and Ivo Filinic at Skåne University Hospital for their skillful technical assistance and Meena Strömqvist for her critical reading of the manuscript. The study was approved by the Uppsala Ethical Committee Dnr 2011/023 and 2011/289. This study has been supported by the local ALF grants. The authors report no conflicts of interest. 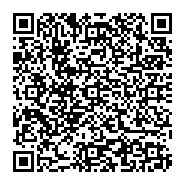