Objective: The main objective of the study was to measure the nutritional status of under five years of age children of scattered settlement in Tehsil Takht Bhai.
Methods: A community based cross-sectional study was conducted in Tehsil Takht Bhai. All the children under 5 years of age were included in the study. The study population was the scattered settlements of Tehsil Takht Bhai. All children from 6-60 months were included in the study.
Results: Data has showed that 26.7% population was malnourished in Takht Bhai community that was an alarming figure. The prevalence of malnutrition was very high in female as compare to male. In males the prevalence was 28%, while in females the prevalence was almost 42%.There is a positive association between malnutrition and different study variables.
Conclusion: It was concluded that nutritional status of under five children was not satisfactory. The association of nutritional status with the mother’s working status shows that the prevalence of malnourished and border line children is very high in children whose mother were working. The prevalence of malnutrition is very high in children whose birth weight was low than those having normal birth weight.

Malnutrition is the condition that results from eating a diet in which certain nutrients are lacking, in excess (too high an intake), or in the wrong proportions [1,2]. The verb form is “malnourish”; “malnourishment” is sometimes used instead of “malnutrition”. Malnutrition has shown to be an important concern in women, children and the elderly. Because of pregnancies and breastfeeding, women have additional nutrient requirements [3]. Children can be at risk for malnutrition even before birth, as their nutrition levels are directly tied to the nutrition of their mothers [4]. Breastfeeding can reduce rates of malnutrition and mortality in children [5,6] and educational programs for mothers could have a large impact on these rates [7]. Malnutrition, defined as underweight, is a serious public-health problem that has been linked to a substantial increase in the risk of mortality and morbidity. Women and young children bear the brunt of the disease burden associated with malnutrition [8]. Malnutrition is a leading cause of mortality and morbidity in children. Nutrition is an essential element for health and development. Nutrition strengthens the immune system of children and prevent from communicable diseases. Proper nutrition can make the children more productive and sharper in learning [9]. Malnutrition may not be the direct cause of child death. The main causes of mal nutrition may be not providing proper nutritious food (may be due to high price), improper feeding practices and different infections. Improper feeding may include poor feeding practices, no exclusive breast feeding or offering wrong food at weaning and infections include malaria and recurrent episodes of diarrhea. Malnutrition is a basic and major public health issue of developing of the World [10]. Malnutrition in early childhood is associated with functional impairment in adult life as malnourished children are physically and intellectually less productive when they become adults [11]. Children that are malnourished tend to have increased risk of morbidity and mortality and often suffer delayed mental development, poor school performances and reduced intellectual achievement.

Globally it is estimated that there are more than 150 million malnourished children under the age of 5 years, the malnutrition contributes to about 35% of the estimated 9.2 million deaths worldwide [9] and 80% of the stunted children lives in the developing countries. South Asian region is the main hosts along with double burden of diseases (communicable and non-communicable) the half of world’s malnourished children and specially Bangladesh, India and Pakistan. The prevalence of underweight is very high in these countries and a major portion of the newborns are low birth weight and over half of women of reproductive age weigh less than 45 kg [13]. Pakistan is a developing country with a projected population of more than 180 million; the country is facing major challenges in public health especially for the health of women and children and nutrition is a major contributor to health status of these vulnerable groups. The nutritional status of any country is considered the most vital and basic public health indicators of the wellbeing and welfare of the population and it determines the economic growth. In Pakistan about 58% of the population are food insecure and among them 28.6% are food insecure with moderate to severe hunger, the below graphs shows the status among the children and female in Pakistan [14].

An understanding of the determinants of malnutrition is imperative if the current high rate of malnutrition is to be reduced. The study can provide information that can be used for nutritional surveillance and targeting programs that would focus more on populations most affected. The study also makes important contribution to literature by analyzing nutritional status as a non-monetary measure of poverty which is a recent innovation in the literature.

A community based cross-sectional study was conducted in Tehsil Takht Bhai. All the children under 5 years of age were included in the study.

The study population was the scattered settlements of Tehsil Takht Bhai. There are two ethnic minorities, one is Changhar and the other is Kochi. All under 5 children were included in the study from these two communities.

All children of 6 to 60 months of age in ethnic minority of Tehsil Takht Bhai were included in the study.

Those were excluded who refused from participation in the study and those children who were critically ill.

The sampling technique used was simple one stage cluster sampling. Different clusters are randomly selected and all the children in the selected area are included in the study.

Sample size is calculated by Epi-Info 7. Population size was conformed from District Vaccination Officer. The number of children under scattered settlement of district in last campaign was 1800. At 95% confidence interval sample size is 318.

A structured questionnaire was prepared in English and then translated in to local language for convenience. Pilot testing of questionnaire was carried out in local BHU. Editing of the tool was done accordingly.

Analysis was done by using SPSS 20 version. Descriptive statistics such as means, standard deviations, frequencies, rates and ratio were calculated for different variables. Cross tabulation was done for comparison and association.

Verbal consent was taken from the care giver of child. Confidentiality of the data was ensured at all level. For ethical consideration proposal was approved by the internal review board of Health Services Academy.

In this study total 14 clusters were collected from target population randomly. Male to female respondent’s ratio was 1:1 approximately. In which male and female percentages was 51% and 49.1% (Table 1). The results of demographic characteristics shows that majority (96.2%) of the parents of target population (children under 5 years of age) is alive and most of them are illiterate (fathers 88.2% and mothers 98%, respectively). Further detail of demographic features is given in table. 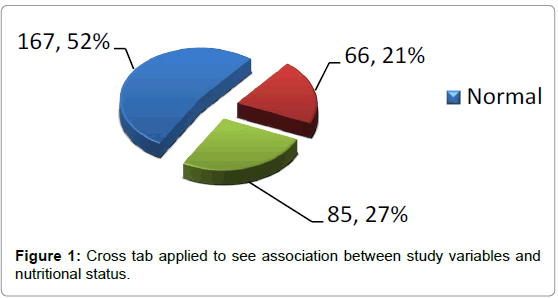 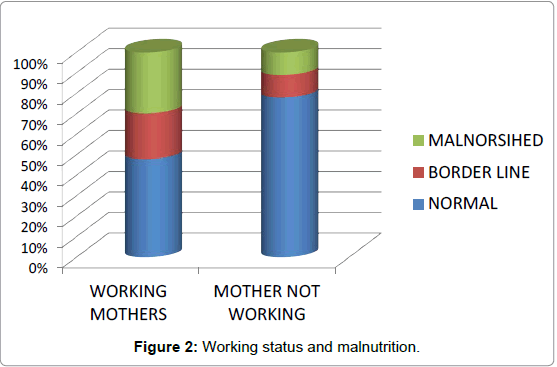 Figure 3 shows the association of nutritional status with birth weight of the children. The prevalence of malnutrition is very high in children whose birth weight was low than those having normal birth weight. 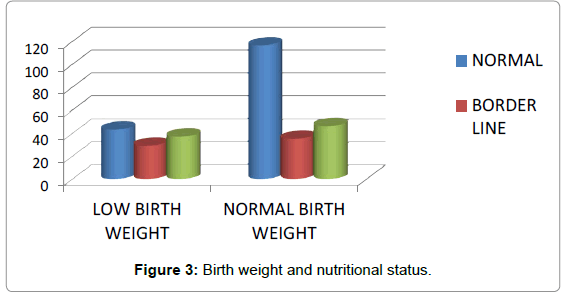 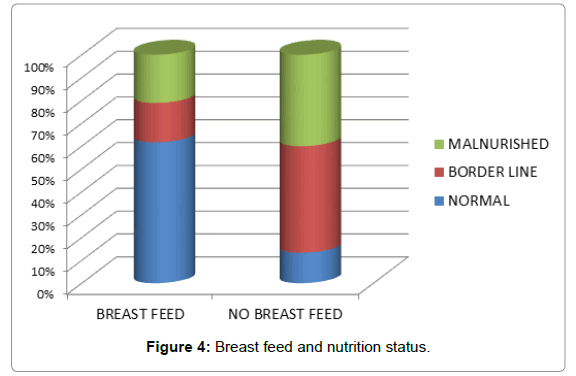 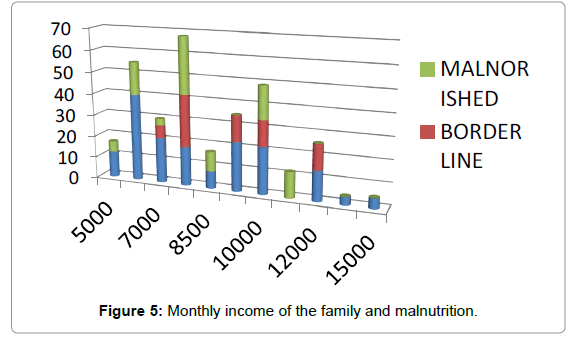 Figure 5: Monthly income of the family and malnutrition.

Table 3: Showing association between nutritional statuses of children with the first feed given to the children.

Figure 6 shows the association between breast feeding duration and malnutrition. The prevalence of malnutrition is very high in those children who receive breast milk up to one year or less than one year. 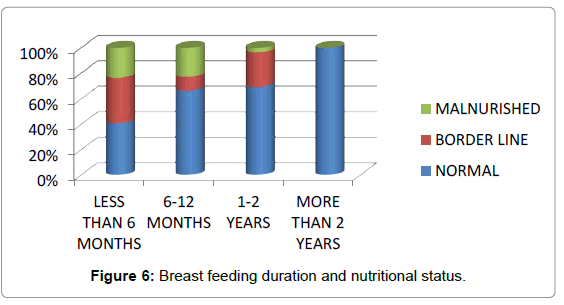 WHO guide line was followed to analyze the data. Malnutrition is 26.7% and is an alarming figure. In Pakistan the prevalence of underweight and stunting is approximately 38% [10]. So the nutritional status of the children of this study was better as compare to the approximate value of under nutrition in the country. In NNS 2011 the percentage of underweight is 29%.

The study area was in scattered settlement, so almost one third of mothers are working. The majority of families’ income was between 5,500 and 10,000. About 85% of fathers are illiterate, which is an important and basic need of every one. Only 8% of fathers having primary education and 4% having middle level of education. 56% of families use tape water while the remaining use 30% and 14% well and hand pump water respectively. The educational level of the community was very horrible. Only 11.7% in male and 2% in female parents having education up to middle level. According to NNS 2001 the 54% of people from rural areas of Pakistan are educated. But some of the studies carried out in North America and Africa found significant association between them [22].

The vaccination status of the children in study population shows that one third of the children are fully or partially vaccinated. 23% of children having no singe vaccine against the commonest diseases. It also has many reasons, major reason is that these people are not aware of the importance of vaccination and there was no health facility nearby, the outreach health worker provide them this facility and during this most of the time when the mothers are on work the under 5 children are with them and in this way they miss their dose of vaccine. They keep on moving especially seasonally.

In prevalence of cold, cough; diarrhea and worms in stool/vomiting in the children the prevalence of cold and cough is very high among the children. The data shows that 61% of children having cough and cold in the last two months. In last two months 39% of children having diarrhea. 10.4% having worms in stool/vomiting ever. The NNS has almost the same percentages.

Malnutrition is a major public health issue mainly in children and women. It is clear from the study that nutritional status of under five children was not satisfactory. Malnutrition is 26.7% and is an alarming figure. There is a positive association between malnutrition and different study variables. The prevalence of malnutrition was very high in female as compare to male. The association of nutritional status with the mother’s working status shows that the prevalence of malnourished and border line children is very high in children whose mother were working. The prevalence of malnutrition is very high in children whose birth weight was low than those having normal birth weight. The prevalence of malnutrition among those children who receive breast milk after 6 h is very high than those who receive earlier. There is an association between nutritional status and gender, mother working status, birth weight, first feed and duration of breast feeding and income of the family. There are many vertical programs which specially focus on nutrition and child health, but there is need to focus on such communities which are ignored. Community mobilization can play a vital role. The reason of community mobilization is that there is no access of electronic or mass media which can be used for health promotion. So, government and NGO’s should focus on such communities to improve their health.

This study provides community based data on nutrition status of under five years of age children of scattered settlement of rural areas of KP, Pakistan. Study finding can be used as baseline data for further studies and may also be used to develop policies and interventions.

Due to time limitation, the study covers only specific population of a Tehsil, so the study finding cannot be generalized.

Copyright: ©2017 Ali SB, et al. This is an open-access article distributed under the terms of the Creative Commons Attribution License, which permits unrestricted use, distribution, and reproduction in any medium, provided the original author and source are credited.