Corneal infections are, although not frequent, a major concern after laser in situ keratomileusis (LASIK) and surface ablation (SA) techniques (PRK, LASEK and epi-LASIK).

The real prevalence of infectious keratitis after refractive surgery is difficult to determine, due to its rarity. In 2010 we reported a prevalence of 72 cases in 204,586 LASIK procedures, a 0.035% [1]. Other series had shown prevalences ranging from 0.034 to 0.180% [1-6], but ours was, by far, the largest series published to date. As happens in LASIK, the prevalence of infections after SA is rare and it is difficult to determine if the series does not comprise a large number of operated eyes. In 2011 we published our prevalence in SA [7]. We found 39 cases in 18,651 procedures, a 0.200%. Therefore, in our institution, corneal infections were five times more prevalent after SA than after LASIK.

There is much consensus about the standard treatment of corneal infections after corneal refractive surgery. According to the ASCRS White Paper [6] aggressive management with early flap lifting, scraping, culture, and irrigation with antibiotics should be followed. When the infection has an early onset (less than 15 days) moxifloxacin 0.5% (or gatifloxacin 0.3%) is recommended along with cefazolin 50 mg/ml every 30 minutes. If it has a late onset (more than 15 days) moxifloxacin 0.5% (or gatifloxacin 0.3%) must be alternated with amikacin 35 mg/ml. In every case, oral doxicyclin is to be administered (100 mg, twice a day).

However, on the other hand, there is little consensus about the prophylactic preoperative treatment that should be implemented. It is common practice to use antibiotic eye drops after corneal refractive surgery to avoid this potentially severe complication. Our treatment regime was tobramycin 3 mg/ml, four times daily, for one week.

In 2010 moxifloxacin 5 mg/ml eye drops became available in our country. Clinica Baviera is a private institution with more than 20 centres and 70 ophthalmic surgeons throughout Spain, and more than 40,000 procedures are performed every year. At that time we changed our postoperative protocol and added moxifloxacin (fiur times daily for a week) to tobramycin, in order to reduce the rate of infectious keratitis.

Moxifloxacin is a fourth-generation fluoroquinolone. These antibiotics provide a broad range of coverage, both for gram positive and gram negative bacteria with low toxicity and good ocular penetration. They exhibit a great activity against gram positive bacteria, particularly S. pneumoniae, as well as anaerobic bacteria and nontuberculous mycobacteria. However, moxifloxacin can be less active against Pseudomonas aeruginosa than tobramycin. Thus, we opted to use the combination of moxifloxacin and tobramycin as our prophylactic treatment after corneal refractive surgery.

The incidence of post-LASIK infectious keratitis decreased when postoperative prophylaxis when the combination of tobramycin and moxifloxacin was implemented, from 0.035 to 0.011. After SA, the incidence lowered from 0.200 to 0.066. Thus, approximately one third of corneal infections appeared with the combination of both antibiotics. Infections after SA are still 6 times more frequent than after LASIK [8].

As a conclusion, these are the prophylactic measures that we highly recommend when performing LASIK or SA [9]:

Preoperatively: cleaning eyelids and eyelashes 3 to 5 days before the operation.

Postoperatively: moxifloxacin and tobramycin, four times a day, for one week.

In case of SA, trying not to use bandage contact lenses for too long.

Copyright: © 2016 Ortega-Usobiaga J. This is an open-access article distributed under the terms of the Creative Commons Attribution License, which permits unrestricted use, distribution, and reproduction in any medium, provided the original author and source are credited. 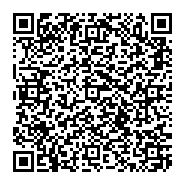