According to the Institute for Information Industry (2018), the definition of the Facebook Messenger (FM) service was to convey data, information, or service through the FM such as a text message, e-mail, multimedia message system, download of picture and ring tone, weather report, stock trading, and so on [1].

The FM service and social behavior was based on adolescents. After the business owners understood the need and usage of the adolescents for the FM service, they would develop suitable and valuable services for the users [2]. Leong, Jaafar and Ainin (2018) demonstrated that the FM service consisted of three elements, including (1) the basic element: speech quality and the base station; (2) the drive element: functions and appearance of the FM; and (3) the health care element: digital and spontaneous networking [3].

The FM service is a messaging app and platform. Originally developed as Facebook Chat in 2008, the company revamped its messaging service in 2010, and subsequently released standalone iOS and Android apps in August 2011. Over the years, Facebook has released new apps on a variety of different operating systems, launched a dedicated website interface, and separated the messaging functionality from the main Facebook app, requiring the users to use operate the web interface or download one of the standalone apps. The service also supports voice and video calling. The standalone apps support using multiple accounts, conversations with optional end-toend encryption, and playing games.

In the study of the relationship between the adolescent’s preference in the Facebook service and price, the users’ lifestyle was of valid variables, which included service evaluation and social behavior, in the market segmentation [5]. It was reported by Gerson, Plagnol and Corr (2017) that the relationships between the market segmentations and the FM users in E.K.B., and the user behavior model was in accordance with gender, age, and occupation of the consumers [6]. According to the report by Ha et al., the user’s decision-making variables consisted of information, evaluation, and attitude [7]. The important motivations of purchasing FM were its convenience and the needs of the job. Adolescents who were using the FM service emphasizing on quality, service, and markets, were often influenced by friends or relatives who had used the FM service for more than two years [8].

Kopecký (2016) showed that there were four target markets for the managers who used FM. They were the conservative group, the active group, the status group, and the subjective group [9]. Most of interviewees would be using the FM because of the quality of communication, and the quality of service, not because of the advertisements and brands. Friends or relatives’ recommendations were important factors for the users when they evaluated the FM. Lim (2017) discovered that the service evaluation and the user’s decisionmaking were highly relevant in Taipei [10]. Customer-involvement had some relevance on decision-making in the FM. For the lesser customer-involvement, the consumer’s motivation was in order to contact with other people easily and conveniently.

This study found what the effective variables were in the process of adolescents’ decision-making in selecting the FM services. This research was to utilize the grounded theory to proceed with the open coding, axial coding and selecting coding [11]. Grounded theory is a systematic methodology in the social sciences involving the construction of theory through the methodic gathering and the analysis of data [12]. Grounded theory is a research methodology which operates inductively, in contrast to the hypothetico-deductive approach. A study using grounded theory is likely to begin with a question, or even just with the collection of qualitative data. As the review the data collected, repeated ideas, concepts or elements become apparent, and are tagged with codes, which have been extracted from the data. As more data is collected, and re-reviewed, the codes can be grouped into concepts, and then into categories. These categories may become the basis for a new theory. Thus, the grounded theory is quite different from the traditional model of research, where the researcher chooses an existing theoretical framework, and only then collects data to show how the theory does or does not apply to the phenomenon being studied [13].

In this study, we used field observation to interview 40 participants who were the adolescents from the FM website. The theoretical samples were classified as “the service group” and “the users group.” In the service group, interviewees were the managers who were in charge of the service business in the FM website. In the users group, interviewees were divided into two types. One type were the managers and owners of enterprises; the other were those that were younger than the 25-year-old students, and were the group that most used the digital multimedia service [14]. In order to become acquainted and obtain more personal opinions, the interviewers would make appointments in advance and told the interviewees in advance, the topics of the FM service.

The questions in the interview include:

1. Why did you select the Facebook messenger (FM) service?

2. Were there any other special reasons for you to select the FM service?

3. For the FM service, was there anything that you weren’t satisfied with?

4. After you used the FM service, was there any differences in your daily life?

5. Did you want to make any supplement or did you have any ideas for the FM service?

Using the text analysis of the grounded theory, the author was able to better understand the true meaning and implications of the FM service and social behavior. In order to classify efficiently the 40 interviewees, this study was assisted by the qualitative coding software: CAQDAS (computer assisted qualitative data analysis software): NVivo 10, and was analyzed by the three-step coding result. The three steps were: (1) the process of open coding: making definitions, labeling, and inducting line by line analysis; (2) the process of axial coding: gathering open coding and concepts of properties, inducting an advanced level context-bound; (3) the process of selecting coding: the relationship of categories, reinforcing the relationship between evidence and concepts, seeking for categories and sub-categories, and making explanations and exploring the phenomenon, as shown in Table 1.

Consumer demand came from the emotional, social, and functional motivations. After producing demand, consumers proceeded with the process of making decisions. The process consisted of attribute, order of making decisions, and information-collecting. The consumers’ motivations and the process of decision-making were influenced by variables, such as attitude of the telecommunication companies, involvement, price, and marketing strategies. The model of consumer behavior was changeable. Motivations, the process of decision-making and the effective variables could interact and interchange.

Results: A Model of Social Decision-Making for the FM Service on Adolescents

This study emphasized that the saturated theories came from the text analysis, and the meanings of the text interacting symbols through the grounded theory, and proceeded with the rules of the context induction [15]. The saturated model, adopting the grounded theory, comprised of the concepts of the three-value paths [16]. The research discovered that there were social decision-making ways, which formed “A model of social decision-making for the FM service on adolescents” in Figure 1. 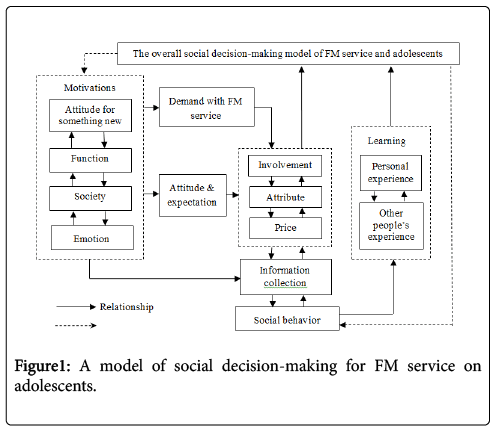 Figure 1: A model of social decision-making for FM service on adolescents.

The path of demand context

In the three-step coding process, this study adopted the macro and micro view levels to analyze the motivations of the demand context Path. During the steps of open coding and axial coding, this study utilized the macro view level to evaluate the information; the micro view level was utilized on selecting coding. The motivations of the demand context path consisted of emotion, society, function, attitude for trying something new, and others (Interviewee Text M03, F02, F10, M08, F14, and M19). This research also indicated the factors of effective motivations included in the FM services (M08, F14, M12, and F06), adolescents’ occupations, and ages. (M16, F10, M15, and F04).

The path of expectation context

The path of learning context

In the beginning, the FM service were only communicative devices that focused on speech quality, time of speech, and turning on/off. With the development of the multimedia and the cooperation of the telecommunication companies’ software, adolescents thought practicality was the most important element among the FM service quality, speech quality, functions, social, brands, and so on. In the selecting coding stage, this study found that age and occupation influenced the adolescents’ motivations. The young who used the hitech FM were in contact with their peers, close friends, and family members. The demands were social and functional motivations. The motivations of the older that have full-time jobs tended towards society and function. The motivations of attitude for trying something new were deeply influenced by the adolescent’s attribute. As for age and occupations, they were much less influential. According to the different groups of adolescents, they could provide the FM service in sales to the younger adolescents whose friends/family member’s usage of the FM service. Those promotions could satisfy the emotional demands of the young adolescents. The adolescent’s demands lead the development of the FM service market. The good quality of the FM service and the social are able to focus on the adolescents eye in the competitive world. The new and high-tech FM service brings a better communicative quality and attracts more adolescents.

The demands of the adolescents for the FM service include satisfying the valued service, the personal service, the combinations of the electronic business development, and the convenience. When adolescents faced the multiple selections, the basic functions of the FM service, speech quality, and text message sending are not important any more. For the long-term, the FM and digital transfer is supposed to be the mainstream of the prospective FM service. In the future, the multimedia era will consist of the FM service and hi-tech designer products, and thereby deeply influence each adolescent’s daily life.

There are three limitations in the study because of the time restraints and the environment of the researcher. The first limitation was that the samples were only taken in Taiwan. The second limitation was that the lifestyle and work of the samples were relevant. The last limitation was the quantity of the samples because of the qualitative research. The suggestions for the three limitations: (1) the samples shall be collected outside of Taiwan in the future and examined if the FM service and social behavior would be affected by the different areas; (2) the study shall develop a variety of samples with different lifestyles and jobs; (3) the research could be testified by not only the qualitative, but also the quantitative methods in the future studies.

Copyright: © 2018 Wang YS. This is an open-access article distributed under the terms of the Creative Commons Attribution License, which permits unrestricted use, distribution and reproduction in any medium, provided the original author and source are credited.