Spectroscopic Characterization of Disulfiram and Nicotinic Acid after Biofield Treatment

Disulfiram [bis(diethylthiocarbamoyl)disulphide] is an antabuse drug, being used clinically as an aid to the treatment of chronic alcoholism. It is the first drug approved by US Food and Drug Administration to treat the alcohol addiction [1]. Alcohol (ethanol) transforms into acetaldehyde by alcohol dehydrogenase enzyme, which further oxidized to acetic acid by acetaldehyde dehydrogenase (ADH) enzyme [2]. Disulfiram inhibits the ADH enzyme. As a result, the blood concentration of acetaldehyde increases and causes an unpleasant effect, thus increase the patient's motivation to remain abstinent [3]. In addition to this, disulfiram is reported for protozoacidal effect in vitro study [4,5]. Recently, disulfiram has shown the reactivity to latent HIV- 1 expression in a primary cell model of virus latency and presently it is assessed in a clinical trial for its potential to diminish the latent HIV-1 reservoir in patients combination with antiretroviral therapy [6].

The exact mechanism of nicotinic acid activity is unknown. However, new findings indicate that nicotinic acid inhibits directly and non-competitively to the triglycerides synthesis enzyme i.e., hepatocyte diacylglycerol acyltransferase-2, which causes acceleration of intracellular hepatic apo B degradation and thus decrease secretion of VLDL and LDL [9]. Several evidence suggest that nicotinic acid administered either alone or in combination with other cholesterollowering medicines can reduce the risk of cardiovascular and atherosclerosis diseases. The clinical uses of nicotinic acid are somewhat limited due to some harmless but unpleasant side effects like cutaneous flushing phenomenon, nausea, vomiting and headache [10]. The chemical and physical stability of pharmaceutical drugs or products are most desired attributes of quality that potentially affect the efficacy, safety and shelf life of drugs [11]. Hence, it is essential to find out an alternate approach, which could enhance the stability of drugs by altering the structural and bonding properties of these compounds.

Contemporarily, biofield treatment is reported to alter the spectral properties of various pharmaceutical drugs like paracetamol, piroxicam, metronidazole, and tinidazole; likewise physical, and structural properties of various metals i.e., tin, lead etc. [12-14]. The conversion of mass into energy is well known in literature for hundreds of years that was further explained by Hasenohrl and Einstein [15,16]. According to Maxwell JC, every dynamic process in the human body had an electrical significance, which generates magnetic field in the human body [17].

Mr. Mahendra Kumar Trivedi’s biofield treatment (The Trivedi Effect®) has considerably changed the physicochemical, thermal and structural properties of metals and ceramics [14,20,21]. Growth and anatomical characteristics of some plants were also increased after biofield treatment [22,23]. Further, biofield treatment has showed the significant effect in the field of agriculture science [24,25] and microbiology [26,27].

Considering the impact of biofield treatment on physical and structural property of metals and ceramics, the present study was aimed to evaluate the impact of biofield treatment on spectral properties of disulfiram and nicotinic acid. The effects were analyzed using Fourier transform infrared (FT-IR) and Ultraviolet-Visible (UVVis) spectroscopic techniques.

The disulfiram and nicotinic acid (Figure 1) samples were procured from Sigma-Aldrich, MA, USA; and each drug was divided into two parts i.e., control and treatment. The control samples were remained as untreated, and treatment samples were handed over in sealed pack to Mr. Trivedi for biofield treatment under laboratory condition. Mr. Trivedi provided this treatment through his energy transmission process to the treated groups without touching the sample [12,13]. The control and treated samples of disulfiram and nicotinic acid were evaluated using FT-IR and UV-Vis spectroscopy.

Figure 1: Chemical structure of (a) Disulfiram and (b) Nicotinic acid.

FT-IR spectra were recorded on Shimadzu’s Fourier transform infrared spectrometer(Japan) with frequency range of 4000-500 cm-1. The FT-IR spectroscopic analysis of both control and treated samples of disulfiram and nicotinic acid were carried out to evaluate the impact of biofield treatment at atomic level like force constant and bond strength [28].

UV spectra of disulfiram and nicotinic acid were recorded on Shimadzu UV-2400 PC series spectrophotometer with 1 cm quartz cell and a slit width of 2.0 nm. The analysis was carried out using wavelength in the range of 200-400 nm. The analysis was performed to determine the effect of biofield treatment on structural properties of treated drugs [28].

Vibrational spectral assignment was performed on the recorded FT-IR spectra (Figure 2) based on theoretically predicted wavenumber and presented in Table 1. The FT-IR spectrum of control disulfiram sample (Figure 2a) showed the characteristic vibrational peak at 2975 cm-1 that was assigned to C-H (CH3) stretching. Another characteristic peak observed at 1496 cm-1 was attributed to C-H symmetrical deformation vibrations. The absorption peaks appeared at 1351-1457 cm-1 was assigned to CH2-CH3 deformations. The vibrational peaksat 1273 cm-1 and 1151-1195 cm-1 were assigned to C=S stretching and C-C skeletal vibration, respectively. Further, IR peaks observed at 967- 1062 cm-1 and 818-914 cm-1 were attributed to C-N stretching and C-S stretching, respectively. The vibrational peaks appeared at 554-666 cm-1 was assigned to S-S dihedral bending. The FT-IR data of control disulfiram was well supported by the literature data [29]. Figure 2: FT-IR spectra of Disulfiram (a) control and (b) treated.

Altogether, the FT-IR data of biofield treated disulfiram (Figure 2b) showed the shifting in frequency of some bonds with respect to control spectra like C-H symmetrical deformation vibrations frequency was shifted from 1496 (control) to 1506 (treated) cm-1. The frequency (ν) of vibrational peak depends on two factors i.e., force constant (k) and reduced mass (μ), which can be explained by following equation [30]

If reduced mass is constant, then the frequency is directly proportional to the force constant; therefore, increase in frequency of any bond suggested a possible enhancement in force constant of respective bond and vice versa [28]. Based on this it is hypothesized that due to increase in frequency of C-H symmetrical deformation (1496 to 1506 cm-1), the C-H bond strength in treated disulfiram might also be increased with respect of control. Contrarily, the C-N stretching vibration in treated disulfiram was sifted to lower frequency region as compared to control i.e., from 1062 to 1056 cm-1. This could be referred to decrease in C-N bond strength after biofield treatment in compression to control. In addition, the intensity of IR peak appeared at 553-665 cm-1 (S-S dihedral bending) in biofield treated sample was found to be increased, with respect of control peaks in the same frequency region. The intensity of vibrational peaks of particular bond depends on the ratio of change in dipole moment (∂μ) to change in bond distance (∂r) i.e., the intensity is proportionally change with changes in dipole moment and inversely change with alteration in bond distance [31]. Based on this, it is speculated that ratio of ∂μ/∂r might be altered in S-S bonds (appeared in the frequency region of 553-665 cm-1) with the influence of biofield treatment as compared to control. Figure 3: FT-IR spectra of Nicotinic acid (a) control and (b) treated.

UV spectra of control and treated disulfiram showed a similar pattern of UV spectra with absorption maxima (λmax) of 219.8, 250.2, and 281.6 nm in control and 220.8, 249.4, and 281.2 nm in treated sample. This indicates no significant change in the UV spectral property of treated disulfiram with respect to control sample. The UV spectra of control and treated nicotinic acid are showed in Figure 4. The UV spectrum of treated nicotinic acid (Figure 4) exhibited the shifting of absorption maxima (λmax) from 268.4 to 262.0 nm, 262.5 to 256.4 nm, 257.5 to 245.6 nm, and 212.0 to 222.4 nm. The existing literature on principle of UV spectroscopy suggests that a compound can absorbs UV light due to presence of either or both conjugated pi (π) -bonding systems (π-π* transition) and nonbonding electron system (n-π* transition) in the compound. The UV absorption phenomenon occurred when electrons travelled from low energy orbital (i.e., σ, n, and π) to high energy orbital (i.e., σ* and π*). There is certain energy gap between σ-σ*, σ-π*, π -π* and n-π* orbitals. When this energy gap altered, the wavelength (λmax) was also altered respectively [28]. Based on this, it is speculated that, due to influence of biofield treatment, the energy gap between π-π* and n-π* transition in nicotinic acid might be altered, which causes shifting of wavelength (λmax) in treated nicotinic acid as compared to control. To the best of our knowledge, this is the first report showing an impact of biofield treatment on structural properties like force constant, bond strength, dipole moment of disulfiram and nicotinic acid.

Figure 4: UV spectra of Nicotinic acid (a) control and (b) treated.

In conclusion, the results suggest a significant impact of biofield treatment on structural property like force constant, bond strength, dipole moment, and energy gap between bonding and nonbonding orbital of treated drug with respect to control.

The authors would like to acknowledge the whole team of MGV Pharmacy College, Nashik for providing the instrumental facility. Authors would also like to thank Trivedi Science™, Trivedi Master Wellness™ and Trivedi Testimonials for their consistent support during the work. 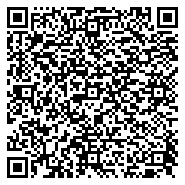