The Connection between Tooth Decay, Diabetes Mellitus, and Oral Flora in Diabetics

Objectives: Our study’s goal was to assess how diabetes mellitus affected the microorganisms that cause tooth caries.

When compared to Group B, it was discovered that Group A patients had higher fasting blood sugar, which led to an increase in streptococcus mutans count and a higher caries index.

Conclusion: Our investigation led us to the conclusion that dental caries increases with age, blood sugar levels,and DMFT values in diabetics compared to normal patients, indicating that there is a relationship between diabetes mellitus, oral microbiota, and dental caries.

A metabolic condition known as diabetes mellitus (DM) causes improper lipid, carbohydrate, and protein metabolism. The two main categories of primary DM are insulin-dependent DM and non-IDDM type 2. Numerous studies have shown that specific caries markers, such as decreased salivary flow and counts of mutans streptococci, can be linked to the metabolic regulation of DM and may consequently have an impact on the caries process [1].

Hyperglycemia-induced decreased salivary flow rate is primarily seen during times when diabetes’ metabolic management is suboptimal. The formation of caries lesions and the proliferation of acid uric and acid genic bacteria may be aided during this time by glucose leaking into the oral cavity. The kidney, retina, and nerves are among the organs and tissues with the most capillary capillaries that are impacted by the primary complications of DM [2]. These side effects follow the emergence of microangiopathy [3]. The oral tissues exhibit similar alterations in tiny vessels [4].

According to estimates from the World Health Organization (WHO), illnesses associated to diabetes account for 2.5% to 15% of yearly health budgets. Worldwide, DM affects at least 171 million people. By 2030, this number is anticipated to more than double, reaching 366 million. In Iran, the WHO predicts that there will be 6, 421, 000 diabetes by the year 2030 [5].

Following China, which takes the top spot with 96.2 million diabetics, India comes in second with 66.8 million cases in 2014. According to the International Diabetes Federation, there are currently more than 387 million diabetics worldwide, and by 2035, that number is expected to rise to 592 million. A higher prevalence of caries has been noted in several investigations, especially in people with poorly managed diabetes [6, 7 and 8].

This study comprised diabetic patients who visited the Rural Dental College at PIMS in Loni, Maharashtra. A case history was gathered of the patients, and the number of missing, decaying, and filled teeth was noted. Prior to sample collection, the patient signed an informed consent form.

The control group included 30 healthy non-diabetic subjects of any age, while the study group included 30 diagnosed instances with managed DM. Patients with and without behaviours of type 2 diabetes were included in this investigation. Other systemic disorders patients were not allowed to participate in the trial.

An individual was instructed to rinse his or her mouth out with water. By swabbing a sterilised swab stick against the oral cavity’s saliva, unstimulated saliva was collected. This saliva was then immediately added to Robertson’s cooked-meat media and incubated for 24 hours at 37°C. The medium became turbid the following day, at which point sterile inoculating loops were used to inoculate the media onto sterile blood agar and MacConkey agar plates. Overnight, the plates were once more incubated at 37 °C. If growth took place, it was carefully investigated. The following day, Gram staining was performed and colony properties were examined. Standard biochemical assays were used to identify the various organisms.

The various bacteria were observed to grow as independent colonies when growth-containing material was cultured by plating; each of these colonies was typically a pure culture descended from a single infected cell. Typically, isolation is accomplished by carefully cultured from a plate culture containing colonies that are well-separated. A single colony was selected using an inoculating wire loop and subcultured in a tube or plate of brand-new, sterile culture medium when it appeared likely that the colony was that of an important or pathogenic organism. Then, conclusive tests were performed using the organism’s physical and cultural traits.

Either beta-haemolysis or beta-haemolysis was caused by streptococci. After being fed through mannitol sugar for fermentation, the streptococci cultivated colonies were incubated in the incubator for 24 hours. Streptococcus is present if the sugar’s colour after fermentation changes from blue to yellow. The age and gender distribution of the cases under research revealed that the average age in years for males in Group A was 59.47 and for females were 55.91. With a male to female ratio of 1.19, the average age in years for Group B participants was 50.79 for men and 45.91 for women.

A collection of illnesses characterised by increased blood glucose levels are referred to as “diabetes mellitus.” This increase is the result of insufficient insulin secretion or increased cellular resistance to insulin’s effects, which can cause a number of metabolic problems affecting proteins, carbs, and lipids. Diabetes is characterised by severe hyperglycemia, a lack of insulin, and a severe imbalance in glucose metabolism. Dental caries, gingivitis, periodontitis, malfunction of the salivary glands, changed taste, and illnesses and infections of the oral mucosa such lichen planus, recurrent aphthous stomatitis, and candidiasis have all been linked to DM [9, 10 and 11].

The main factor in preventing periodontal disease in diabetes people is personal education. Therefore, patients should be made aware of the need of maintaining good dental health for diabetics and instructed that gingival bleeding is the primary sign of periodontal disease. Reduced salivary flow is another risk factor for oral candidiasis, which is a symptom of an immunocompromised state [12, 9]. The link between DM and dental caries is complicated. Children and adults with type 2 diabetes, which is frequently associated with obesity and consumption of high-calorie and carbohydrate-rich foods, can be expected to have a greater exposure to cariogenic foods. In contrast, children and adults with type 1 diabetes are frequently given diets that restrict their intake of carbohydrate-rich, cariogenic foods.

Additionally, those with diabetes who also have neuropathy have a decreased salivary flow. We employed the DMFT index to determine the impact of diabetes on dental caries in the diabetic and control groups [13]. The results were statistically significant and showed that the average score was higher in the diabetic group than in the control group. There is no clear trend in the research on the association between dental caries and diabetes. An increased risk of caries associated with DM, which was consistent with our study’s findings that there was a highly significant difference between the mean DMFT scores in the study and control groups [8, 14 and 15]. As a result, there were more dental cavities in the study group than in the control group. Additionally, we discovered that higher blood sugar levels in the study group were statistically significant for increasing SM count. Therefore, the probability of developing cavities increases with SM count.

According to age, plaque score, and a lower unstimulated salivary flow rate were all substantially related with high caries levels in diabetics. A good diabetic diet, rich in fibre and low in simple carbohydrates, can slow the development of plaque and the spread of acidogenic bacterial micro flora [2, 11 and 16]. According to patients with lower glucose tolerance were more likely to experience plaque, calculus, pocket formation, increased tooth mobility, and tooth loss [1, 17]. According to diabetes patients with poor metabolic control experienced three times as many lesions during the study period as those with better metabolic control, which was consistent with our study’s finding that higher blood sugar levels increased SM counts, which was statistically significant [18].

According to type 1 DM may have a major impact on a child’s or adolescent’s dentition and oral health. Children with type 1 DM are more prone than children without type 1 DM to have connective tissue infections. This is because infection results in tooth loss in children with type 1 DM. While inadequate oral hygiene and unsatisfactory metabolic control may raise the incidence of dental caries in teenagers with type 1 DM, these factors may actually work to reduce it. They found that the subjects had more filled teeth and fewer teeth that were decaying [1].

In contrast to the control group, people with uncontrolled diabetes had lower salivary pH and a higher prevalence of dental caries [19]. Glycosylated haemoglobin A1c was also measured in type 2 diabetic patients and the control group discovered that there was a strong association between HbA1c and serum glucose concentrations in the diabetic and control groups, respectively [20].

The mean DMFT index was greater in the study group as compared to the control group. This results from diabetics losing the protective mechanism of their saliva. Saliva’s ability to clean and act as a buffer is also compromised. Low salivary pH encourages the development of acidouric bacteria, which subsequently facilitates the growth of acidogenic bacteria, creating an environment that is unfavourable to the protective oral bacteria. As a result, the balance of the oral environment can shift in favour of cariogenic bacteria, further lowering salivary pH and perpetuating the vicious cycle.

Our investigation leads us to the conclusion that dental caries increases with age, blood sugar levels, and DMFT values more in the diabetic group than in the control group. Therefore, a diabetes patient should constantly make sure that they maintain their dental hygiene by using the right brushing techniques. If a diabetic’s tooth becomes decayed, they should be sure to get it fixed as soon as feasible. They must abide by the recommendations made by their doctor or dietitian about the consumption of a non-cariogenic diet.

Copyright: © 2022 Jabana DE. This is an open-access article distributed under the terms of the Creative Commons Attribution License, which permits unrestricted use, distribution, and reproduction in any medium, provided the original author and source are credited. 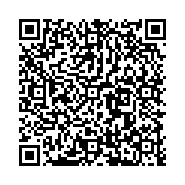