According to the WHO, treating and caring for people with dementia currently cost the world more than US$ 604 billion per year. Dementia is a disease which, although preventable, cannot be cured even by the modern medicine which is only palliative in nature. Dementia is not just a name of a disease. It means memory deficit, associated with symptoms which directly affect the quality of daily life and communication. Alzheimer’s disease is the most common form of dementia and possibly contributes to two-thirds of cases. In 2006, approximately 0.40% (absolute number 26.6 million) of the global population was estimated to be affected by Alzheimer’s disease, and its prevalence is expected to increase dramatically due to the aging global population. To date, cholinesterase inhibitors and a NMDA receptor antagonist have been most commonly utilized. However, they can insufficiently alter disease progression because the treatment usually starts after the synaptic loss and/or neuronal loss are completed.

What is the real culprit behind Alzheimer’s disease?

Especially, what is the exact mechanism of neuronal death?

For almost half a century, it was believed that the cause of Alzheimer’s disease is the accumulation of the protein waste product, amyloid β in the brain. In the amyloid hypothesis, “senile plaque” (amyloid plaque) deposits in the brain, were supposed to gradually cause death of neurons, although the underlying molecular mechanism was not elucidated at all. This amyloid β hypothesis has been considered to be the most plausible explanation to date. However, this hypothesis does not fully explain all of the molecular cascades of Alzheimer’s disease, and is therefore heavily criticized. Many researchers began to voice doubts about the amyloid β hypothesis for the past decade, because of unbelievable PET images visualizing amyloid β in the living brain. In many patients with advanced Alzheimer’s disease, it’s been demonstrated that there is an extensive accumulation of amyloid β on PET. On the other hand, however, it’s also been shown that not a small number of elderly people, despite having an extensive accumulation of amyloid β, have no signs of dementia–indeed, they have clear memory and are enjoying life to the fullest. There are also those who have developed severe dementia, but show no signs of amyloid β deposition.

So, what is the real culprit, the fundamental mechanism for Alzheimer’s disease?

From the monkey experiments comparing normal and postischemic brains by proteomics, in 1998 I formulated “calpain-cathepsin hypothesis” as a molecular mechanism of ischemic neuronal death, and recently put forward a perspective hypothesis that the causative substance of both ischemic and Alzheimer neuronal death is actually the same; “hydroxynonenal” [1]. When you first hear the term “hydroxynonenal (hydro means -OH, none means 9 carbon atoms and nal means aldehyde)”, you probably have no idea what this substance is. It is a horrible substance which remains in the body and insidiously accumulates little by little especially after 40s. In the Alzheimer brain, high levels of hydroxynonenal are detected in the hippocampus, temporal lobe and cerebellum, especially within amyloid β plaques, neurofibrillary tau tangles, and also in the cerebrospinal fluid.

Usually, Alzheimer’s disease first makes its appearance at age 65 or older, but it actually starts about 20 years earlier than that, when somebody’s in their 40s. Because of inducing a specific oxidation called ‘carbonylation’, hydroxynonenal is a poison not only to neurons but also to all cells in every other organ of the body. Avoidance of “vegetable oil” generating hydroxynonenal can prevent not only dementia but also a whole host of other diseases, including type 2 diabetes, hepatitis, arteriosclerosis, etc.

“Vegetable oil” is a ubiquitous ingredient found in every type of food.

But, did anybody stop to think what this “vegetable oil” does to our bodies?

Its major component, polyunsaturated fatty acids (PUFA), is transported to all body organs via the blood, where it becomes a major component of cell membrane. Most “vegetable oil” consists of ω-6 PUFA of which linoleic acid is the major constituent, such as soybean oil, corn oil, rapeseed oil, and safflower oil. If deep-fried dishes are cooked by heating “vegetable oil” that contains large amounts of linoleic acid to 150-200°C, after 5 min, cytotoxic hydroxynonenal starts to form in the oil and reaches a high concentration in the food only 30 min later.

The term “nal” is a synonym for “aldehyde”, the two actually meaning the same substance. Just like acet-aldehyde, which is the substance that gives you a hangover, hydroxynone-nal is a “SILENT KILLER” for cells. However, whereas acetaldehyde is broken down and excreted within 24 h, so it doesn’t cause such a big problem, hydroxynonenal gradually accumulates in the body and works as a powerful and long-standing oxidative stressor. That’s why it’s so dangerous. While “vegetable oil” is damaged by the heat of cooking, PUFA incorporated into the body are oxidized by all sorts of oxidative stress like UV rays, electromagnetic waves, exhaust gas, atmospheric pollution, chemicals, smoking, and drinking. These generate hydroxynonenal even after being incorporated into the cell membrane and cells undergo further adverse changes and chronic toxicity.

At first, it’s just a functional loss, but later, neurons in the hippocampus and parietal lobe of the brain that are sensitive to a drop in blood flow die off, and the brain starts to shrink here and there. As a result of all this, short-term memory impairment and concentration defects make their appearance and sooner or later, give way to dementia. In the past, it took at least 65 years for this situation to develop. However, recently, its speed has been accelerating, so that young people in their 20s and 30s are showing early signs of the dementia symptoms such as forgetfulness, concentration defects, depression and performance defects. So, what’s the real culprit behind all this?

Well, it probably isn’t due to one reason alone. However, there’s no longer any doubt that “vegetable oil” is a major player. And, it’s not only the oil you use in your kitchen. It’s also the “vegetable oil” you can’t see that’s dangerous. In the last 30 to 40 years, food we eat away from home prepared with “vegetable oil” has become alarmingly commonplace. Fried chicken, fried potatos, hamburgers, doughnuts, cakes, ice cream, instant noodles, and potato chips - the list is endless. In preparing these fast foods, large amounts of margarine, shortening and fat spreads are used, all of which are made with “ω-6 vegetable oil”.

As mentioned above, researchers are gradually moving away from the simple assumption of linear causality as proposed in the amyloid β hypothesis. The following is the molecular cascade concerning implications of hydroxynonenal for neuronal death. Regardless of ischemic or degenerative, the fundamental molecular cascade is almost the same, I think.

Heat-shock protein70.1 (Hsp70.1, also called Hsp70 or Hsp72), as a means of molecular chaperone and lysosomal stabilizer, is a potent survival protein that confers cell protection against diverse stimuli, but its depletion induces neurodegeneration via lysosomal rupture and autophagy failure (Figure 1). In response to hydroxynonenal generated from ω-6 linoleic acid in the vegetable oil by deep-frying, a specific oxidative injury ‘carbonylation (oxidation of protein side chains)’ occurs at the key site Arg469 of Hsp70.1. Carbonylated Hsp70.1 is easily cleaved by calpain that was activated by chronic ischemia due to ageing. There have been both animal and human models linking oxygen deprivation with cerebral amyloidogenesis and tau hyperphosphorylation, two being capable of activating calpain.

Figure 1: All mysteries about Alzheimer's disease.

G protein-coupled receptor 40 (GPR40), a receptor for diverse non-esterified fatty acids, is expressed predominantly in the human brain and pancreas. PUFA such as docosahexaenoic and arachidonic acids are known to be closely related to the brain development, and have beneficial effects on synaptic plasticity and memory. However, the mechanism of PUFA effects upon neuronal functions remains almost unelucidated except for the facilitation of membrane fluidity. GPR40 is expressed predominantly in the wide variety of neurons. GPR40 induces Ca2+ mobilization to reveal both physiological and detrimental effects, for example, in the brain for adult neurogenesis and stroke as well as in the pancreas for insulin secretion and type 2 diabetes [2]. Oxidative stress-induced carbonylation of Hsp70.1, in coordination with its cleavage due to the excessive GPR40 and calpain activation, leads to lysosomal rupture and release of cathepsins with the resultant neuronal death [3]. Simultaneously, autophagy failure due to Hsp70.1 dysfunction causes accumulation of garbage proteins such as amyloid β and tau.

2) Both deep-frying of “ω-6 vegetable oil” at cooking and oxidization of incorporated PUFA by environmental risks can generate hydroxynonenal.

3) Apolipoprotein E2 (ApoE2) can bind with hydroxynonenal, then detoxify it well, but ApoE4 cannot. So, those with ApoE e4 genotype are prone to develop neuronal death in response to hydroxynonenal and Alzheimer’s disease.

4) Neuronal death in Alzheimer’s disease occurs by the calpainmediated cleavage of carboxylated Hsp70.1. Lysosomal/ autophagy failure may occur by the disruption of Hsp70.1 that has dual roles as chaperone protein and lysosomal stabilizer.

5) Accordingly, impairments of chaperone, trafficking, and protein recycling altogether result in depositions of garbage proteins such as amyloid β and tau.

6. Simultaneously, rupture/permeabilization of the lysosomal membrane due to Hsp70.1 disruption result in the release of cathepsin enzymes that leads to neuronal death.

7. Accumulation of amyloid β is actually the result of lysosomal/ autophagy failure, and also is the cause of the further oxidative stress. However, amyloid β alone hardly causes neuronal death especially in those with ApoE e2 genotype and strong antioxidizing power.

8. Both chronic hypoxia due to arteriosclerosis and/or chronic inflammation due to massive adipose tissues (obesity) and periodontal disease, may contribute to both activation of calpain and generation of reactive oxygen species.

9. The reason why anti-oxidative agents (supplementation) or antiinflammatory drugs (like NSAIDs) can more or less prevent Alzheimer’s disease is that the former can inhibit carbonylation of Hsp70.1 while the latter can minimize calpain activation.

Copyright: © 2017 Yamashima T. This is an open-access article distributed under the terms of the Creative Commons Attribution License, which permits unrestricted use, distribution, and reproduction in any medium, provided the original author and source are credited. 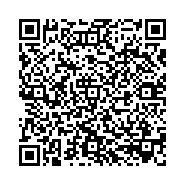