Graphics was a two dimensional notion till the nineteenth century. It was only in the twentieth century, during the modern movement, that graphics emerged as a three dimensional tool. During the same time architecture also had a change in its definition and there was a breakthrough in the design industry. Colour which was earlier used as a superficial element for decoration now started being used as a design element of third dimension in architecture.

Designing with colour therefore it must be considered in all its aspects of which are related to one another, so that virtually in any work in which colour plays a role all must be taken into accent. Colours have a profound effect on mind and emotion and influence our mood and feelings. Colour can reinforce ideas of form and material; express its divisions and proportions.

Colour can underline an architectural statement, it can punctuate, direct and focus attention and compensate in a way unlike any other abstract element”. How graphical use of colour can create a statement in architecture.

Copyright: ©2014 Patel TN. This is an open-access article distributed under the terms of the Creative Commons Attribution License, which permits unrestricted use, distribution, and reproduction in any medium, provided the original author and source are credited. 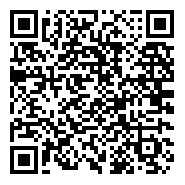