Background and aim: ERK5 is over expressed in a many of human cancers and this overexpression has been associated with metastasis and invasion. Furthermore, ERK5 siliencing inhibits aggressive phenotypes of cancer cells. However, mechanisms by which ERK5 regulates tumour progression or metastasis have not been elucidated. In this study, using human osteosarcoma cell lines U2OS as a model, we explored the involvement of ERK5 siliencing on invasiveness of U2OS cells.

Copyright: © 2014 Yue B, et al. This is an open-access article distributed under the terms of the Creative Commons Attribution License, which permits unrestricted use, distribution, and reproduction in any medium, provided the original author and source are credited. 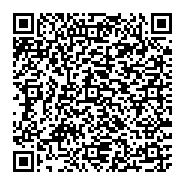