A study has been carried out to identify the fuel consumption pattern in rural areas of the state on pilot basis. The study reveals that the present level of use of fuelwood by households (95.2%) is continuing despite the fact that other fuels like kerosene (38.4), LPG (70%) and crop residues (94.5%) are also being used. Based on per capita per day fuelwood consumption, the estimated annual fuelwood consumption works out in Junga (25,808 tonnes), Nohradhar (53,127 tonnes) and Salogra (37,079 tonnes) totaling 0.116 million tonnes in three zones. The time spent by the rural women in collection of fuelwood is also presented in this study. The suggestions for adopting certain specific renewable energy technologies suitable for the area have been presented.

Copyright: ©2011 Aggarwal RK. This is an open-access article distributed under the terms of the Creative Commons Attribution License, which permits unrestricted use, distribution, and reproduction in any medium, provided the original author and source are credited. 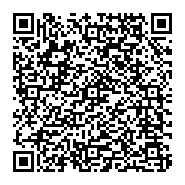