Lifetime Expectancy in Dementia with Lewy Bodies: Effects of Donepezil Administration and Special Nursing Home Replacement. A Retrospective Analysis in the Tajiri Project

Objective: Cholinesterase inhibitors (ChEIs) can delay the progression of Alzheimer disease (AD). We previously demonstrated a positive effect of donepezil (DNP) administration and a Special Nursing Home (SNH) replacement on lifetime expectancy after the onset of AD. Recently DNP has been indicated for use in the treatment of dementia with Lewy Bodies (DLB); however, the effect on lifetime expectancy remains unclear. Herein, we analyzed the effects of DNP on DLB.

Methods: All outpatients at the Tajiri Clinic with available medical records and death certificates from 1999- 2012 were included in this retrospective analysis. The entry criteria were a diagnosis of dementia based on DSM-IV criteria and diagnosis of DLB using the international consensus criteria; medical treatment for more than 3 months and follow up to less than 1 year before death.

Results: We identified 510 subjects based upon medical records and death certificates, of which 360 had a diagnosis of dementia that met the entry criteria. Of 51 patients diagnosed with DLB, 23 had taken DNP and 28 patients had not undergone drug treatment due to treatment prior to the introduction of DNP in 1999 in Japan. The lifetime expectancies after onset were 6.4 years in the DNP group and 3.6 years in the non-DNP group; with a significant drug effect. However, in contrast with the previous AD data, no significant effect of SNH residency was noted.

Conclusion: Although this report has the limitation that all analyses were retrospective and lacked randomization, we found a positive effect of DNP on lifetime expectancy after the onset of DLB. The lower life expectancy compared with that of AD and the lack of an effect of SNH residency suggest the cholinergic deficiency in DLB is greater than that in AD.

Copyright: ©2018 Meguro K, et al. This is an open-access article distributed under the terms of the Creative Commons Attribution License, which permits unrestricted use, distribution, and reproduction in any medium, provided the original author and source are credited. 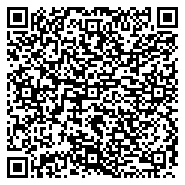