Pure primary Signet-Ring Cell Carcinoma (SRCC) of lung is an extremely rare entity. Typically seen in nonsmokers, it is considered to be highly invasive, highly aggressive and carries a worse prognosis when compared to other types of lung tumors. Cytological identification of pulmonary SRCC is challenging and must be differentiated from both benign and malignant lesions. Here we describe a case of a 40-year-old immigrant Chinese male with a significant past medical history of smoking, who was found to have 2.7 cm lung nodule on CT scan. A subsequent CT scan two weeks later showed the original right lung nodule with no evidence of extra pulmonary lesions on the PET scan and the bone scan. Bronchoalveolar lavage and brushings, as well as fine needle aspiration, of the lung lesion revealed an adenocarcinoma with 100% signet ring cell morphology. Due to the lack of extra pulmonary malignancy according to radiographic evidence, the following immunocytochemistry work up on the cell block was performed in order to characterize the lesion as primary pulmonary SRCC: CK7, CK20, TTF-1, p63, CDX2, thyroglobulin, CD68, napsin A, PSA and PSAP. Subsequent excision biopsy was obtained, which revealed adenocarcinoma with 95% signet ring cell purity.

Signet-Ring Cell Carcinoma (SRCC) is a highly aggressive mucinproducing adenocarcinoma that usually arises in the stomach, colon, urinary bladder, prostate and breast. Primary SRCC of lung, although rare, is recognized as a variant of pulmonary adenocarcinoma by WHO because of its distinct clinic-pathological presentation [1-3]. Pure SRCC of the lung is an exceptionally rare entity, most often SRCC presents as a focal pattern associated with other histological subtypes of adenocarcinoma [4]. In general, adenocarcinoma with more than 50% signet rings is considered as SRCC. Typically seen in non-smokers, primary pulmonary SRCC is considered to carry a worse prognosis when compared to other types of lung tumors [5]. In fact, the proportion of SRCC component is considered to be a potential prognostic factor in primary lung adenocarcinoma [6]; the higher the proportion the worse the prognosis.

Here we present a rare and unusual case of primary SRCC of the lung with 100% purity of signet-cells on bronchial lavage, brushing and transbronchial fine needle aspiration (FNA) in a young male Asian American with a significant smoking history. The diagnosis was later confirmed by excisional biopsy and immunohistochemical work up. We also discuss the important differential diagnoses including alveolar macrophages and metastatic SRCCs.

A 40-year-old male immigrant of Chinese origin with a history of 30 pack year history of smoking presented to an outside institution for an episode of seizure. Chest x-ray examination at the emergency department incidentally found a mass in the right middle lobe. The patient was admitted to our institution and underwent a thoracic Computer Tomography (CT) scan with contrast revealing a 2.7 × 2.6 cm lobulated heterogeneous nodule in the medial segment of right middle lobe. PET scan showed increased uptake in the right middle lobe of lung consistent with malignancy without evidence of distant metastasis. A bone scan as well as MRI of the brain with and without contrast was negative at the time. A follow up CT scan of the lungs two weeks later revealed slight increase of the right middle lobe nodule to 2.9 × 2.7 cm, as well as a sub centimeter left upper lobe nodule, subcarinal and right paratracheal lymphadenopathy.

Bronchoscopy was performed and Bronchoalveolar Lavage (BAL) and brushings were obtained from both right and left lungs. Transbronchial FNA from right middle lobe was also obtained. SRCC is a variant of mucin-producing adenocarcinoma of the lung that also includes invasive mucinous adenocarcinoma (formerly mucinous bronchioloalveolar carcinoma), colloid, and enteric adenocarcinoma [7]. Multiple clinical cases have reported primary lung adenocarcinoma with SRCC components, but most have been a mixture of other more common adenocarcinoma variants; very few cases of pure SRCC of lung have been reported in the literature [1]. SRCC can be further subdivided based upon the percentage of signetring cell component, which may confers a prognostic value [6]. Our case is unique in a sense that it showed 100% purity of signet-ring cells in cytology preparations and approximately 95% purity of signet-ring cells in confirmatory lung excisional biopsy. It is well know signet ring cell features is associated with ALK positive rearrangement [8,9], this rearrangement carriers a better response to crizotinib. However, platinum-based combination chemotherapy was also used by some institutions as first line palliative therapy [10].

Primary SRCC of the lung shows a distinct morphology if examined carefully. Cytologically SRCC contain abundant intracellular mucin, the accumulated mucin subsequently displaces the nucleus to the periphery forming a crescentic nucleus. Additional features include atypical nuclei, some demonstrating a prominent nucleolus and orangeophilic cytoplasm [11,12]. The monotonous cytomorphological features of SRCC make its differential from accumulated alveolar macrophages critical, especially if SRCC component is pure or near pure like in our case. In fact, even experienced pathologist could miss the diagnosis if a history of lung nodule was not known. Close attention to morphological details can be helpful: SRCC usually shows nuclear contour irregularities, prominent nucleoli and somewhat hyperchromatic nuclei whereas macrophages have round to indented nuclei and may be multinucleated. The cytoplasmic margins of macrophages are shaggy with pseudopodia, the cytoplasm is gray-blue and often with numerous coarse azurophilic granules with vacuoles and phagocytosed debris or cells. Most macrophages, immunocytologically, are positive for CD68.

Multiple organ systems such as gastric, breast, colon, pancreas, prostate and urinary bladder can also demonstrate adenocarcinoma of signet ring cell features. Immunohistochemical analysis is critical to differentiate tissue origins of these tumors. Expression of TTF- 1 in SRCC has been investigated, and has shown high expression in pulmonary SRCC. In a study conducted by Merchant et al., TTF-1 was highly specific for detecting primary lung signet ring cell carcinoma in 82.4% of cases analyzed. Napsin A expression in primary mucin producing tumors of the lung was examined in a recent study by Wu et al. demonstrating a 33% expression in multiple mucin producing tumors, which is considered infrequent and diagnostically limited if used alone, however, in a panel of immunohistochemistries, and in conjunction with TTF-1, was useful in rendering the diagnosis of primary lung SRCC [13]. Interestingly, frequent co-expression of TTF-1/p63 was observed in lung signet-ring cell carcinoma with ALK rearrangement. In one study, four out of four signet-ring cell carcinoma with ALK rearrangement showed co-expression of TTF-1 and p63 [14]; in another study, 78% ALK positive lung adenocarcinomas showed co-expression of TTF-1 and p63 [15]. In our case, p63 expression was widespread and strong. The common immunocytological markers used to dissect tissue origin of SRCC is listed in Table 1. In our case of lung SRCC, the signet ring type tumor cells are positive for pan cytokeratin, CK7, TTF-1, Napsin A, p63, p53, are focally positive for CK5/6. The tumor was negative for CDX2, CK20, CD68, S-100, PSA, PSAP. This staining pattern confirmed a primary lung SRCC and rule out metastatic SRCC from the stomach, melanoma and foamy macrophages. The cytological specimens and subsequent excision of the largest lesion in the right middle lobe demonstrated adenocarcinoma of lung origin with near pure signet ring cell component (100% in cytology and 95% in excision).

Copyright: © 2013 Rajkumar A, et al. This is an open-access article distributed under the terms of the Creative Commons Attribution License, which permits unrestricted use, distribution, and reproduction in any medium, provided the original author and source are credited. 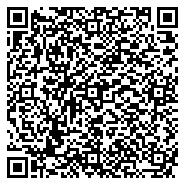