Copyright: © 2013 Zhang X, et al. This is an open-access article distributed under the terms of the Creative Commons Attribution License, which permits unrestricted use, distribution, and reproduction in any medium, provided the original author and source are credited.

Objective: To investigate the rule of lymph node metastasis in early gastric cancer , in order to provide a reference for the reasonable treatment options.

Method: To retrospectively analyze the clinical data of 271 cases of EGC patients from October 2005 to October 2011.

Conclusion: Tumor size, invasive depth, pathological classification, and lymphatic tube invasion were closely related to lymph node metastasis in patients with early gastric cancer, patients with early gastric cancer are recommended to have a preoperative Endoscopic Ultrasonographic (EUS) scan as well as pathological screenings for deciding the most appropriate type of surgery.

Early gastric cancer (EGC) is defined as invasive gastric cancer that invades no more deeply than the submucosa, regardless of lymph node metastasis. Previous studies reported that the 5-year overall survival for EGC, with a rate of lymph node metastasis of 15.0-20.0% and a recurrence rate of 1.4-2.7%, was about 90.0% after surgery [1]. Lymph node involvement is an important factor that influences recurrence of EGC [2]. Thus, for patients with EGC, preoperative analysis of risk factors for lymph node metastasis not only indicates the prognosis, but could also help medical practitioners in choosing the most appropriate therapy regimen.

To date, the main treatment for EGC is laparotomy and laparoscopic operations. However, with the development of endoscopic techniques in the last few years, the techniques of full-thickness mucosal resection, with endoscopic mucosal resection (EMR) and endoscopic submucosal dissection (ESD) as examples, have become increasingly mature and are now used extensively in Asian countries and are gradually becoming accepted in Western countries [3-4]. Compared with a laparotomy, endoscopic resection has advantages such as minimal invasion with little trauma and increased quality of life after surgery. However, there are also limitations of endoscopic resection for gastric cancer, especially in the resection of any possible metastasis to the lymph nodes around the stomach, which greatly increases the risk of recurrence after surgery. Furthermore, endoscopic resection for early gastric cancer has been controversial with regard to its lack of an accurate and effective assessment strategy for lymph node metastasis before surgery.

We performed a retrospective analysis of 271 patients with early gastric cancer in our department over the past 6 years. We investigated the association between clinical pathological characteristics and lymph node metastasis in early gastric cancer to provide relevant risk factors for lymph node metastasis and a basis for the selection of appropriate treatment for EGC.

In total, 221 (173 males, 98 females) with early gastric cancer admitted to our department between October 2005 and October 2011, aged between 25 and 87, were included. All patients above underwent laparotomy with D1 or D2 lymphadenectomy: 64 with D1 lymphadenectomy and 207 with D2 lymphadenectomy. The standard of surgical procedure and range of lymphadenectomy were classified according to Gastric Cancer Treatment Guidelines (3rd version) of the Japanese Gastric Cancer Association (JGCA) [5]. Additionally, one patient was underwent laparoscopic distal partial gastric resection. All patients underwent preoperative routine stomachoscopies and pathological biopsies with routine H&E staining.

The chi-squared test was used to analyze enumeration data and multivariate analysis was performed through dichotomy nonconditional logistic regression analysis. All related factors with statistical significance were compared with rates of lymph node metastasis. Confidence intervals of overall rate were evaluated by binomial distribution. Statistical analyses were two-sided, and P values < 0.05 were considered to indicate statistical significance. All analyses were performed using the SPSS software (ver. 15.0).

Table 3: Comparison of lymph nodes metastasis rate between differentiated and undifferentiated EGC in 161cases with tumor invasion in the mucosa.

Table 4: Comparison of lymph nodes metastasis rate between differentiated and undifferentiated EGC in 110cases with tumor invasion in the submucosa.

Gastric cancer is the second leading cause of cancer death worldwide after lung cancer [6] .Compared with advanced gastric cancer, early gastric cancer have obvious advantage in prognosis. However, although treatment on EGC can bring good prognosis, the diagnostic rate remains low, largely due to the lack of simple, inexpensive examination means and tumor markers with high specificity and sensitivity. Although the positive rate for the diagnosis of EGC reached 81.0% by the means of EUS [6], there still remains possibility of misdiagnosis or missed. In addition, most of the patients diagnosed EGC underwent laparoscopic surgery or laparotomy. Undoubtedly, these surgical treatments may reduce the risk of possible lymph nodes metastasis, but on the other hand, for those patients with EGC who have no lymph nodes metastasis, undergoing EMR or ESD might bring them lower risk of operations, trauma, smaller wounds, shorter time of postoperative recovery and decreased medical expenses.

Because only gastric mucosa and submucosa with lesions were removed through endoscopic resection, postoperative quality of life was obviously better than by laparotomy. That is, of course, why endoscopic resection has been popularized [4]. Lymph node involvement is the most important factor of prognosis for EGC and is significantly associated with survival rate, which is the main basis for the decision as to whether to use endoscopy to treat gastric cancer [7-12]. The principal indications in the Gastric Cancer Treatment Guidelines (ver.3, the “Guidelines”) for EMR and ESD are that the possibility of lymph node metastasis was extremely low and the tumor could be removed completely. The Guidelines also suggested that absolute indications for EMR and ESD were macroscopic mucosal cancers of less than 2 cm (cT1a) in diameter with a differentiated histological type (pap, tub1, tub2), regardless of gross appearance type without an ulcer lesion. Extensive indications for ESD have also been established. Although a number of reports about treatment of EGC with ESD have been published in recent years, related clinical evidence about long-term prognoses is insufficient. Thus the Guidelines note that related clinical studies should be performed to confirm the extensive indications for ESD. Several hospitals in our country have generally followed the example in the Guidelines when choosing a standard for endoscopic resection. Because controversy regarding the surgery indications in the Guidelines has continued, and large-scale screening has not been developed in our country, as it was in Japan, there is a lower diagnostic rate of early gastric cancer than in Japan and different problems are encountered clinically. Screening should be performed according to the Guidelines.

We provide a flow diagram about screening of treatment methods for early gastric cancer, based on our study (Figure 1). All examination data were collected through gastroscopy and ultrasound-guided gastroscopy and pathological biopsies were performed. Complication rates of 10.0-30.0% were estimated during endoscopic resection [15]. Thus, surgeons should have extensive gastroscopy and surgery experience to reduce the incidence of complications. Li et al. [16] considered that patients with a undifferentiated tumor < 2 cm and no lymphatic vessel invasion might be suggested to undergo EMR or ESD, consistent with the Guidelines and our study results. Additionally, we suggest that the indications for ESD should be restricted to mucosal tumors with a diameter < 2 cm or differentiated mucosal tumor with a diameter < 2 cm. Moreover, patients with tumors infiltrating the submucosa should undergo laparotomies without exception, which is a little different than the extensive indications in the Guidelines. Jee et al. [17] reported that the lymph node metastasis rate for tumors ≤ 3 cm with submucosal invasion was about 4.0%, resulting in a risk of incomplete treatment. Otherwise, the pathology department should collaborate closely with clinical departments so that patients undergo necessary and available pathological tests. Although little possibility of error was indicated in preoperative diagnoses [18-20], when it comes to endoscopic resection for gastric cancer, pathological diagnosis remains the gold standard for therapy indication. Only precise pathological results can allow accurate pathological screening and then different treatment methods can be chosen for different groups so that patients benefit. To date, multidisciplinary cooperation has greatly helped in the early diagnosis and treatment of gastric cancer. 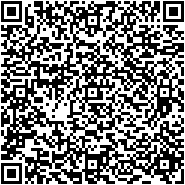