Copyright: © 2012 Goral V, et al. This is an open-access article distributed under the terms of the Creative Commons Attribution License, which permits unrestricted use, distribution, and reproduction in any medium, provided the original author and source are credited.

Introduction and aim: The aim of this trial is to investigate whether the comparison of Ranson, APACHE II and Balthazar scoring systems with inflammatory mediators CRP, leukocytes/lymphocytes ratio and IL-6 are statistically significant.
Material and method: A total of 52 patients were enrolled in this trial. Ranson and APACHE II scores and serum CRP, leukocytes/lymphocytes ratio and interleukin-6 (IL-6) levels were determined in all patients. In all patients with severe AP, abdominal CT was performed in accordance with Balthazar scoring system. Results: According to correlation of AP scoring and inflammatory mediators, statistical significance was found for correlation of APACHE II with CRP and Ranson scores (P<0.001). Correlation of CRP with Ranson score and IL-6 was statistically significant (P<0.001), a significant correlation was determined between Ranson score and IL-6 (P: 0.014). Leukocytes/lypmhocyte ratio was 12.71 (1.95 ± 34.7) in patients with acute pancreatitis (normal ratio: 2.63) (P<0.001). CT examinations of severe AP cases were graded according to Balthazar scoring system; in Ranson, APACHE II scores and CRP, IL-6 values were found to be elevated, in parallel to increase in scores.
Conclusion: According to our data, we suggest using the IL-6, CRP and leukocytes/lymphocytes ratio a simple indicator of severity in patients presenting with acute pancreatitis.

Though certain variations in etiology are seen in different countries, gallbladder stones and alcohol is held responsible in approximately 70- 80% of cases [1,3]. Various scoring systems are being used to determine clinical severity and prognosis in acute pancreatitis [2-6]. Ranson is a specific scoring system for acute pancreatitis and is based on certain clinical and laboratory findings of patients at referral and at 48th hour. APACHE II is rather a general scoring system; beginning from initial referral to hospital, it provides evaluation of certain physiological functions and general health status of patients at 24-hour intervals. BISAP score are also newer scoring system for pancreatitis [4]. Balthazar scoring describes anatomic structures more precisely and may indicate complications like pancreatic inflammation and necrosis. Endogenous inflammatory mediators play a significant role in pathogenesis of AP [7-10]. Best known among these mediators is interleukin-6 (IL-6) and it’s released at an early stage as a response to inflammation, enabling the synthesis of acute phase proteins, primarily C-reactive protein (CRP), in liver. While measuring IL-6 levels are beneficial in determining early reaction of the organism to inflammation, serum CRP levels will be helpful in evaluating early phase response.

Since acute pancreatitis (AP) leads to serious morbidity and mortality, determination of severity of acute pancreatitis at an early stage via scoring and inflammatory mediators indicated above accompanied by appropriate treatment and intensive care will decrease mortality in these cases. The aim of this trial is to investigate whether the comparison of Ranson, APACHE II, BISAP score and Balthazar scoring with inflammatory mediators CRP and IL-6 is statistically significant.

A total of 52 patients were enrolled in this trial. Basic scoring (Ranson criteria and APACHE II) and inflammatory indicators were used in our trial. Serum levels of IL-6 were measured (pg/ml), which is known to express the earliest and the most efficient response. During the first 24 hours after referral, blood samples of 10 ml were obtained from each patient; serum was separated and placed in a dry tube to be kept frozen at -20°C until examination. Quantitative measurements were performed by immunoassay method using Immulite® IL-6 kit in Immulite®-1000 device. For normal reference values, IL-6 levels were measured in samples obtained from 10 healthy adult volunteers; values between 0-10 pg/ml were accepted as normal reference range.

As per existing findings, patients with Ranson score ≥3, APACHE II score ≥8 and CRP value ≥150 mg/L were accepted as severe AP cases; CT was performed in these patients and scored according to Balthazar classification.

For statistical evaluations, data were electronically recorded and studied in SPSS 17.0 program and Student’s t test was used for testing of two independent groups and for testing of categorical variables.

Among patients diagnosed as acute pancreatitis, 36 (69.2%) were women and 16 (30.8%) were men; ages varied between 17 and 86 (mean age: 55.7), mean age was 54.4 for women and 56.9 for men. Upon investigation of etiology of acute pancreatitis; biliary causes were found in 30 patients (57.6%), hypertriglyceridemia in 1 patient (1.9%) and post-ERCP in 2 patients (3.8%), 20 cases were considered as idiopathic conditions (38.4%). ERCP was performed in 16 patients diagnosed with biliary AP and cholangitis, presenting with high direct billirubin values and stones in biliary tract detected by imaging techniques. ERCP results revealed choledocholithiasis in 12 patients; no prominent cause was determined in 4 patients. Length of stay in hospital among patients was 10 ± 4 days.

APACHE II, Ranson and CRP values of patients at 48th hour was compared to IL-6 values in first 24 hours (Table 1). Based on this correlation, a statistically significant relation was found in APACHE II with CRP and Ranson score (P<0.001). CRP was determined to exhibit a statistically significant correlation with Ranson score and interleukin 6 (P<0.001); a significant correlation was observed between Ranson score and IL-6 levels (P<0.05). Patient group was evaluated statistically. Patients were classified into two groups as mild and severe AP cases (Severe AP: Apache II≥8, Ranson≥3 and CRP≥150 mg/L) (Table 2). Based on this classification, different APACHE II, Ranson and CRP values in mild and severe cases were found to be significantly correlated with primarily IL-6, duration of hospitalization, age groups and blood urea nitrogen (BUN) (P=0.03, P=0.02, P<0.001, P=0.03, respectively ).

In addition, patients with Ranson score<3 and APACHE II<8 were compared with cases with values of Ranson≥3 and Apache II≥8 in terms of CRP values. This comparison was found to be significant by Chisquare test, as P: 0.01 and P: 0.001, respectively. In addition, according to study protocol, abdominal CT was performed in 17 patients, who complied with criteria of severe AP and Balthazar scoring was applied. Scores obtained were compared with APACHE II, Ranson, CRP, IL-6 and blood urea nitrogen (BUN) (Table 2). Based on Balthazar scoring system; increases were determined in Ranson, APACHE II scores and CRP, interleukin 6 values in parallel to the rise in Balthazar scores. Statistical evaluation also revealed significant values of P <0.001, as indicated in table above.

AP is one of the most significant diseases of pancreas. Though certain variations in etiology are seen in different countries, gallbladder stones and alcohol are considered to be responsible in approximately 70-80% of cases [1-3]. While alcohol is the leading cause in etiology of AP in Western countries, biliary causes constitute the primary reasons in our country. Among other causes, abdominal trauma, hypertriglyceridemia, pancreas or ampulla vater tumors, drugs, infectious causes, endoscopic retrograde cholangiopancreatography or surgical procedures may be specified. In around 10% of cases, no cause is determined. In the current trial, evaluation of etiology of acute pancreatitis revealed biliary causes (57.6%), idiopathic causes (38.4%), hypertriglyceridemia (1.9%) and post-ERCP (3.8%). Results of our trial indicate biliary and idiopathic causes as the two leading etiological factors, in compliance with data in literature.

For evaluation of patients in our trial, Computed Tomography Severity Index (CT severity score-CTSS) described by Balthazar et al. [12] was used. In this scoring system, clinical severity is described by the extent of inflammation and necrosis in pancreas [11-16]. CT with contrast is the gold standard in diagnosis of acute pancreatitis and evaluation of cases. CT examination describes anatomic structures more efficiently and may reveal complications like pancreatic inflammation and necrosis. Besides, CT is also beneficial in terms of determining clinical severity and prognosis. Vriens et al. [15], found a positive correlation between CTSS and Ranson criteria [3]. In a trial conducted by Ting-Kai L et al. [16] on 121 patients, mild or severe CTSS was found to produce variable APACHE II and Ranson scores [12]. In our trial, among patients with severe AP who were subjected to abdominal CT, comparison of score results with Ranson, APACHE II, CRP and IL-6 values was P<0.001. In parallel to elevation of CTSS, Ranson, APACHE II score and CRP, IL-6 values were determined to be increased and these results were calculated to be statistically significant. Though Balthazar CT index is the best method, increasingly being used in recent years to indicate local complications in acute pancreatitis, it’s still inadequate in predicting mortality and systemic morbidity. For indication of organ failure, APACHE II and Ranson criteria are the two valid scores which are currently in use.

CRP, an acute phase reactant, is widely used to differentiate mild and severe AP attacks [2-4]. Cytokines also has very important role of pathogenesis of acute pancreatitis [3-7]. Serum CRP level>150 mg/L is an indicator of poor prognosis. During acute inflammations, IL-6 increases at an early stage which is followed by acute phase response developed by hepatocytes, which are in turn stimulated by IL-6; therefore, CRP level reaches to maximum in about 48 hours. CRP value measured at 48th hours after the onset of symptoms was shown to be more beneficial than earlier values. Chen et al. [16], in their study of 50 patients, reported that IL-6 is more efficient in determining prognosis at an early stage, as compared to other inflammatory mediators [9]. In the current trial, mean values of IL-6 measured in severe AP cases during first 48 hours were 30.2 (P: 0.03). This value was found to be statistically significant. Evaluation of correlation of IL-6 with each of the following parameters, namely Ranson, APACHE II and CRP, revealed findings of Ranson (p: 0.014), CRP (P: 0.000) and APACHE II (P: 0.199). Based on these findings, a significant correlation was determined for IL-6 with Ranson and CRP.

In our trial, patients were classified into two groups based on CRP values, namely CRP>150 mg/L and CRP<150 mg/L and compared in terms of Ranson and APACHE II scores. For Ranson, Chi-square=6.609 P=0.01 difference was found to be significant. Similarly for APACHE II, Chi-square=11.65, P=0.001 difference of this comparison was found to be significant. Also, according to the Azab B et al. [10], neutrophillymphocyte ratio as a predictor of adverse outcomes of acute pancreatitis [16]. In our study, we found that leukocytes/lymphocytes ratio is a simple indicator of severity in patients presenting with acute pancreatitis.

According to results of this prospective trial, taking into account all laboratory indicators and scoring systems, APACHE II, Ranson and Balthazar scores play a significant role in indicating the severity of acute pancreatitis. Correlation between these scoring systems also revealed statistically significant results.

This prospective trial showed that parameters indicating the severity of AP, namely Ranson, APACHE II, Balthazar scoring systems plus IL-6, an early indicator of inflammation and CRP values, which rises at a later stage, were found to be significant, both in terms of separate values and for mutual comparisons. According to our data, we suggest using the leukocytes/lymphocytes ratio is a simple indicator of severity in patients presenting with acute pancreatitis. These methods may be beneficial in efficient determination of patient group which requires intensive care at an early stage and in reduction of morbidity and mortality. 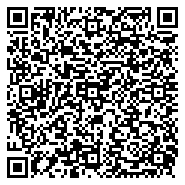