Copyright: © 2013 Shi D, et al. This is an open-access article distributed under the terms of the Creative Commons Attribution License, which permits unrestricted use, distribution, and reproduction in any medium, provided the original author and source are credited.

Metal stent insertion to relieve malignant gastroduodenal obstruction is an effective alternative to surgery, but there are some problems associated with existing metal stents for malignant gastroduodenal obstruction. Common complications of covered and uncovered stents are migration and obstruction, respectively. To date, there are several practice-improved stents, such as partially covered, double-layer, three-layer, and individualized stents designed according to the shape and size of the Gastric Outlet Obstruction (GOO). Choosing the most appropriate type of stent is arduous and should be done mainly in relation to the morphological aspects of the stricture. In general, the stent is implanted by a Through-The-Endoscope (TTS) method, but certain types of stent can only be implanted by a peroral route. After adequate training, endoscopic gastroduodenal stent insertion is a reproducible, simple, safe, and costeffective procedure, with high technical and clinical success rates.

Gastroduodenal obstruction is the most common complication of advanced distal gastric, periampullary, or duodenal malignancy. The majority of cases occur as a pre-terminal adverse event in the above malignancies, with poor prognosis and a median survival of 3 to 6 months [1,2]. Patients often suffer from intractable nausea, vomiting, and severe weight loss. The role of endoscopic management of this condition has significantly changed in the last 20 years. As early as 1992, metallic stents were used to treat malignant gastroduodenal obstruction [3, 4]. Metal stents are used more and more for the palliative treatment of malignant gastroduodenal obstruction because of their safety and effectiveness. Enteral stenting has a success rate similar to surgery, is associated with shorter time before a patient can resume food intake, and reduces hospital stay and costs [5-14]. However, stent use is complicated by several thorny issues, including recurrent obstruction as a result of progressive tumor ingrowth or overgrowth [15-17] and stent migration [18-22]. Many attempts have been made to solve these problems) [23-27]. This article reviews the characteristics, differences, and treatment options of the available gastroduodenal Self-Expandable Metallic Stents (SEMS).

Many types of metal stent are used to treat malignant gastroduodenal obstruction, including covered [46] and uncovered stents [53]. Uncovered stents are currently accepted by most endoscopists [43,54]. A recent study demonstrated that the use of uncovered stents might be a preferred option for malignant duodenal obstruction because of their lower rate of stent migration and longer patency compared to covered stents [55]. The migration rate of covered stents used for malignant gastroduodenal obstruction was found to be unacceptably high, [18,22,56] Whereas, obstruction caused by tumor in growth is the most common complication associated with uncovered stents [16,17,21,24,34]. Although these complications can be managed by interventional treatments, re-intervention will undoubtedly increase patient cost and pain. Therefore, many attempts have been made to identify ideal stents, and there have been many types of stents developed as a result [23,25,57-59]. Double- and triple-layer stents are representative of these newly developed stents, and their common feature is that two (one of stents is covered) stents are overlapped together, or a membrane is sandwiched between two nitinol selfexpanding metal stent layers. All these stents are suitable for malignant duodenal obstruction. However, whether these stents are appropriate for malignant GOO is worth investigating. Shi et al. [60] studied the shape and size of GOO caused by distal gastric cancer, and two basic shapes of stomach cancer were observed: cup shaped and funnel shaped. The mean maximum breadth of the obstruction cup is 51.3 mm, and the mean maximum breadth of the obstruction funnel is 40.6 mm. However, the diameter of the end of the above-described stents ranges from 18 to 28 mm [31,43,53,57,59,61] which is not suitable for the proximal end of malignant GOO. Two studies demonstrated that individualized stents designed according to GOO shape and size can help reduce tumor in growth and stent migration [60,62].

Almost all uncovered stents and some covered ones are designed for through-the-scope deployment and require a therapeutic channel endoscope (working channel>3.7 mm) [26,50,63]. All procedures were performed by experienced interventional endoscopists with ample experience in placement of duodenal stents [26]. Some published literatures describe the methods of through-the-endoscope (TTS) deployment in detail [61,64]. It is important to emphasize that imaging of the obstructed length and extent must be obtained before stenting. If the endoscope cannot advance through the stenotic area, the obstructing area should be passed by a guidewire, and a catheter should be inserted along the guidewire. Then, contrast medium is injected via the catheter to judge the position of the guidewire. The SEMS delivery system can be passed over the guidewire through the working channel of the endoscope only when the guidewire is confirmed to be located in the intestine lumen. Moreover, stent retraction should be taken into account when the stent is released. The location of the delivery system should be adjusted in time to ensure accurate stent positioning. However, it is not possible to adjust the delivery system when the stent is more than half released.

Technical success is defined by accurate stent placement with adequate stent expansion and evidence of luminal patency postprocedure, which is usually evaluated by performing a water-soluble or barium contrast study. The reported technical success rates range from 88.2 to 100% [1,22,24,26,31,33,48,53,61,67-70]. The main causes of technical failure is the inability to pass the guidewire across the stricture [31,54] and inability to negotiate the stent delivery system over the guidewire into the duodenum because of stent delivery system looping in the dilated gastric fundus [71,72].

Clinical success is determined by resolution of the patient’s obstructive symptoms, the ability to resume a regular diet after stent placement, and maintaining adequate oral intake during follow-up. The reported clinical success rates range from 83% to 90% [31,36,43,73,74]. However, some studies have reported rates as high as 96% to 98.6% [20-22,25].

After stent placement, some patients may not show improvements in symptoms due to lack of stomach and bowel motility in a chronically obstructed stomach, unrecognized distal small bowel strictures, or functional GOO due to neural involvement of the tumor [24,36,75]. Therefore, it is important that the additional bowel obstruction is adequately judged before stenting and that prokinetic agents are used after stenting.

Stent obstruction and migration: The incidence of uncovered stent obstruction ranges from 12% to 41.7% [16,17,21,24,34,61]. Restenosis of uncovered stents may be inevitable with tumor in growth. Although covered stents can decrease restenosis by tumor ingrowth, the advantage of covered stents is offset by their higher migration rate, which ranges from 6.9% to 27.3% [54,56,57,61,66]. Moreover, covered stents cannot solve the problems of tumor overgrowth or stent collapse [15,76] and do not offer any improvement in outcome over uncovered stents [66]. Therefore, both uncovered and covered stents can require re-intervention [76,77]. Chemotherapy after stent placement may decrease the likelihood of tumor in growth and overgrowth and increase the duration of stent patency [19,52]. However, chemotherapy may also increase the incidence of stent migration [22,24,48,74]. A more migration-resistant design for covered stents would be required to minimize migration from the gastric outlet and allow for better stent patency. Double- or triple- layered stents seem to prevent migration and tumor in growth [23,57,71]. A comparative study demonstrated that double stents were superior to uncovered stents in both median stent patency time and median patient survival [58]. However, another report suggested that stent migration and collapse remain problematic [59]. Tumor overgrowth is also inevitable with the prolongation of survival time [15]. To overcome these problems, Kim and colleagues proposed a design to prevent migration, which includes using a covered “stent within stent design” that employs three endoscopic clips on the proximal end that help to anchor the stent in place [27], and Isayama et al. advised that stents should be long enough to avoid tumor overgrowth or in growth at the uncovered portion [25]. Theoretically, extended double stents should be the best choice to treat malignant duodenal obstruction. However, any extended stent may not be suitable for GOO caused by gastric cancer because the extended part of stent can only be free in wide gastric cavity. The proximal portion of the stent should be big enough to avoid migration and in growth at the uncovered portion. Individualized stents designed according to GOO shape and size should be reasonable choices, but determining whether individualized stents are truly superior to standard versions will require larger case-control studies.

GOO and duodenal obstruction are two different concepts, and the stents selected to treat them should be different. Duodenal stents can be covered and uncovered. The former have a high incidence of migration, and the latter have a high incidence of re-stenosis due to tumor in growth. Uncovered stents seem more likely to be accepted for palliation of malignant duodenal obstruction. Double- or triple- layered stents have been developed and seem to be superior to uncovered and covered stents in both preventing stent migration and tumor in growth. Biliary obstruction has to be taken into account before performing duodenal stenting. It is unclear what stent type is most suitable for GOO, but individualized stents seem to be a popular trend. 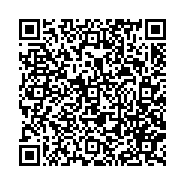