Copyright: © 2013 Ogawa T, et al. This is an open-access article distributed under the terms of the Creative Commons Attribution License, which permits unrestricted use, distribution, and reproduction in any medium, provided the original author and source are credited.

Colorectal cancer is one of the most common malignancies worldwide. Despite improvements in surgical therapy and chemotherapy, the overall survival rate of patients with recurrence or metastatic cancer has not improved significantly in the past several decades. Treatment resistance makes the disease incontrollable, and recent basic research has revealed that cancer stem-like cells (CSCs) or cancer-initiating cells (CICs) are involved in treatment resistance. Therefore, eradicating CSCs/CICs is a key approach to improve colorectal cancer treatment. Cancer immunotherapy is expected to become the fourth cancer treatment option, and several studies have shown that CSCs/CICs can be targeted by immunotherapy. In this review article, we summarize the potency of immunotherapy as CSC/CIC-targeting therapy and the future perspectives of CSC/CIC-targeting immunotherapy.

Cancer stem-like cells (CSCs)/cancer-initiating cells (CICs) are defined as a small population of cancer cells that have (i) high tumorinitiating ability, (ii) self renewal ability, and (iii) differentiation ability [1]. Recent studies have revealed that CSCs/CICs are resistant to standard cancer therapies, and CSCs/CICs have thus been suggested to have roles in cancer recurrence after treatment and in distant metastasis [2,3]. Therefore, eradication of CSCs/CICs is essential to improve clinical outcomes.

Since colorectal CSCs/CICs are resistant to standard cancer therapies, they should be eradicated to cure the disease. Thus, CSC/ CIC research has been focused on how to treat colorectal CSCs/CICs. Cancer immunotherapy might be a good candidate. The immune system is consists of antigen-specific acquired immunity and antigennon- specific innate immunity. Several effectors have been shown to successfully recognize treatment-resistant colorectal CSCs/CICs, including cytotoxic T lymphocytes (CTLs) for acquired cellular immunity, antibodies for acquired humoral immunity, natural killer (NK) cells and γδT cells for innate immunity [10].

NK cells are effector cells of innate immunity and they recognize target cells by ligands of natural cytotoxicity receptors and are not specific for antigens. A recent study has revealed that colorectal CSCs/CICs isolated as sphere-forming cells express high levels of ligands of natural cytotoxicity receptors and that NK cells efficiently recognize colorectal CSCs/CICs [13].

γδT cells are T cell subpopulation that have distinct T cell receptors (TCR) consisting of a γ–chain and δ–chain, different from αβT cells, which have TCR composed of an α-chain and β-chain. The proportion of γδT cells in total T cells in epithelial lymphocytes is only 3% to 5% but, interestingly, γδT cells account for about 50% of cells in intestinal mucosa. Todaro et al. reported that zoledronate-activated Vγ9Vδ2 T cells efficiently recognize colorectal CSCs/CICs [14]. CTLs, NK cells and γδT cells kill target cells by secretion of cytotoxic granules that include perforin and granzymes. Therefore, these findings indicate that treatment-resistant colorectal CSCs/CICs are sensitive to apoptotic cell death induced by perforin and granzymes.

As described above, CTLs, NK cells, γδT cells and antibodies efficiently recognize and target colorectal CSCs/CICs. NK cells and γδT cells are non-specific effectors, and these effectors should recognize both colorectal CSCs/CICs and non-CSCs/CICs. Therefore, NK cells and γδT cells might be good candidates to treat evident tumor, since a tumor is composed of a large proportion of non-CSCs/CICs and a small proportion of CSCs/CICs. CTLs and antibodies are antigen-specific effectors, and they are candidate for specific eradication of CSCs/CICs. After induction of CTLs in vivo, some antigen-specific CD8 + T cells remain for a long time as memory T cells, and CTLs might thus be a good candidate for long-lasting immunization such as immunization for prevention of relapse. Antibodies are not affected by the immune status of the patient, and antibodies might thus be candidates for treatment of immune-suppressed patients.

The authors have no financial conflict of interest.

This work was supported by Grants-in-Aid for Scientific Research from the Ministry of Education, Culture, Sports, Science and Technology of Japan (grant Nos. 16209013, 17016061 and 15659097), for Practical Application Research from the Japan Science and Technology Agency, and for Cancer Research (15-17 and 19-14) from the Ministry of Health, Labor and Welfare of Japan, Ono Cancer Research Fund (to N. S.) and Takeda Science Foundation (to Y. H.). This work was supported in part by the National Cancer Center Research and Development Fund (23-A-44). 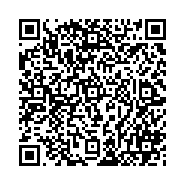