Copyright: © 2013 Ohuchida K, et al. This is an open-access article distributed under the terms of the Creative Commons Attribution License, which permits unrestricted use, distribution, and reproduction in any medium, provided the original author and source are credited.

The indications for minimally invasive surgery continue to expand worldwide, with endoscopic surgery currently regarded as standard treatment in many surgical fields. The prototype of a three-dimensional [3D] system for endoscopic surgery was developed during the early 1990s to overcome the lack of depth perception on a twodimensional [2D] display. The prototype, however, was not widely used because of the poor quality of the image and visual side effects. Advances in the technology have now allowed the development of 3D endoscopic systems with high-definition resolution that are commercially available. We discuss the development, basic studies, present status, and future of 3D endoscopic systems, including their advantages and disadvantages. Although further improvements are needed for more advanced surgery, the rapid advances being experienced in 3D endoscopic system will hopefully overcome the remaining problems quickly and provide the ultimate version of minimally invasive surgery.

Developments and Basic Study of the Three-Dimensional Endoscope and Display

The three-dimensional [3D] system for endoscopic surgery was developed during the early 1990s to overcome the lack of depth perception on a 2D display. Becker et al. [2] and other researchers [3-7] investigated the effects of 3D endoscopes and displays on endoscopic procedures. Whereas several of these studies reported significant benefits of these 3D systems [4,7,8], others did not [3,6]. When the prototype of the 3D system was first used for endoscopic surgery, the surgeons themselves sometimes developed side effects such as headaches, ocular fatigue, and dizziness caused by the heavy active shutter glasses and the poor quality in the 3D images [3]. Another roadblock to its use was the high purchase cost, which kept it from becoming commercially available. Hence, the earlier 3D systems were not widely used.

Researchers have now reported some advances in 3D endoscopic systems [9-11]. Birkett [11] reported greater comfort with the new light-polarizing glasses compared to the earlier active shutter glasses. Yamauchi and Shinohara [10] used a current stereoscopic endoscope modified to match the relation between binocular disparity and convergence. They compared fatigue during endoscopic procedures under 2D and 3D visual conditions and found no differences between them.

We also have developed a novel 3D dome-shaped display [3DD] system with high resolution [XGA] and designated it Cyber Dome (Figure 1) [12]. Our purpose was to provide more depth perception for endoscopic surgeons than what had been provided with 3D endoscopic systems using a plain display [3DP]. In addition, our 3DD system does not require a shutter mechanism in the glasses, which often causes significant side effects as well as dark images when using the prototype of the 3DP system. To aid in evaluating the efficacy of the Cyber Dome, we designed and applied six new tasks as well as the conventional tasks of suturing and knot tying. We evaluated the effects of the novel 3DD system on endoscopic surgery and compared the results with those attained using a conventional 2D system, with particular focus on depth perception. We found that the 3DD system significantly improved depth perception based on its ability to perform the six new tasks. Its use also reduced the execution time and the number of errors in suturing and knot tying. Clinical Experience of the use of 3D Endoscopic Systems

It is hopefully expected that endoscopic surgery can provide not only a less invasive approach but can contribute to better results with more sophisticated procedures and more accurate lymph node dissection during advanced surgery for cancer than can be achieved by open surgery. One of the reasons for this assertion is that it provides an enlarged view during endoscopic surgery.

Experienced endoscopic surgeons can use shadow or movement parallax as depth cues instead of stereovision. Therefore, they may not always need a 3D system. It has been reported that 97% of surgical accidents during laparoscopic cholecystectomy occur as a result of visual misperceptions [13]. We reported that the 3D system significantly reduced the number of errors incurred when using endoscopic forceps [12]. Hofmeister et al. [14] and Chan et al. [3] reported that 2D display systems can cause optical illusions, and thus erroneous maneuvers. Taken together, these findings suggest that the 3D endoscopic system may help reduce the number of surgical accidents. It can also be useful for advanced laparoscopic surgery such as fine lymph node dissection and complicated reconstruction after resection. The 3D system provides useful information via depth perception even to expert surgeons performing these complicated procedures.

Since 2009, we have routinely used a 3D endoscopic system in more than 200 cases including gastric, pancreatic, pediatric, colorectal, urologic, gynecologic, and thoracoscopic surgery as well as for splenectomy, brain surgery, and endlaryngeal microsurgery. We used three 3D systems that had been developed by Shinko Optical Co., Olympus Co., and Karl Storz GmbH & Co, respectively. We also used 5.4-and 4.7-mm 3D endoscopes and 3-mm3D endoscopes [Shinko Optical Co.] for brain surgery and for endolaryngeal microsurgery.

Surgeons can perform fine lymph node dissection with oncological safety using a 2D endoscopic system during advanced laparoscopic surgery for cancer. An enlarged view of the 2D laparoscope gives surgeons detailed information of anatomical tissue structures and contributes to the surgeon’s decision of suitable resection lines to maintain oncological safety. A 3D endoscopic system provides the same benefits to laparoscopic surgeons but with depth perception. Information about the depth is especially useful for making intuitive decisions about the direction of the traction of tissues. Thus, it is now possible for surgeons to move an instrument in the suitable direction with confidence. For example, even if the target tissue is fragile, the surgeon can hold it in a suitable direction without damaging it, maintaining the appropriate tension to still have the large surgical field of view (Figure 2). Reconstruction of the digestive tract

Advanced laparoscopic surgery can accomplish intracorporeal reconstruction of the digestive tract with operations such as gastroduodenostomy, gastrojejunostomy, and esophagojejunostomy. Surgeons often use linear staplers during these procedures, so it is important to determine the direction of the remnant stomach, small intestine, or esophagus. Because the operator performs these procedures in cooperation with an assistant, each needs to know the direction of the linear staplers and the organs. With a 2D endoscopic system, “these partners” compensate for the lack of the information regarding the direction based on their experience, but usually their experiences have not been precisely the same. With the 3D endoscopic system, they can take advantage of having the same information regarding depth derived from the 3D image and can perform the procedures with confidence. This situation may lead to increased accuracy and patient safety.

Several 3D endoscopic systems that provide much higher resolution than previous 3D prototypes are commercially available. These systems do not induce the adverse visual symptoms-nausea, visual fatigue, visual disturbance-that were experienced with the previous 3D prototypes. The quality of the current 3D image is relatively low, however, when compared with the 3D system incorporated into the robotic system that is often used today. Currently, a master/slave-type surgical robotic system is used to perform robotic surgery. The only commercially available robotic system today is the da Vinci® Surgical System [Surgical Intuitive], which provides visualization through a high-quality 3D endoscope and has been used mainly for prostatectomy or histerectomy. The newest da Vinci® Surgical System models have a fully HD 3D video system, which provides depth perception for surgeons as well as HD images. It contributes to increased safety during procedures and improves accuracy during lymph node dissection, which in turn would increase curability associated with resection of malignancies. Although the da Vinci® Surgical System 3D system provides high-quality 3D images, the endoscope is too large and too heavy to hold by the human hand during the surgery-thereby necessitating the use of a robotic arm. In contrast, the size and weight of nonrobotic 3D endoscopes in current 3D endoscopic systems are similar to the conventional 2D endoscope and are easy to hold in the human hand during surgery.

A new model of the 3D endoscopic system with 4K CCD chips is under development. This new system will provide full HD 3D imagesthe same as the da Vinci® surgical system. Such images will contribute to the accuracy and safety of the procedures during complicated advanced surgery, such as oncological surgery with fine lymph node dissection.

Supported in part by a grant from the New Energy and Industrial Technology Development Organization. 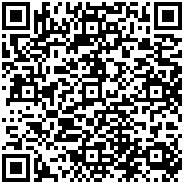