A Sinister Cause of Bruising in a “Well” Neonate

Copyright: © 2017 Salameh KM, et al. This is an open-access article distributed under the terms of the Creative Commons Attribution License, which permits unrestricted use, distribution, and reproduction in any medium, provided the original author and source are credited.

Neonatal purpura fulminans is a clinical entity characterised by echymotic skin lesions, consumptive coagulopathy and widespread micro and macro vascular thrombosis. This can be hereditary or secondary to acquired causes. Clinical presentation of hereditary Protein C deficiency can be solely limited to localised echymotic skin lesions in the early stage, with wide spread vascular thrombosis ensuing eventually, in the absence of timely Protein C replacement. A case of a neonate presenting with localised scalp ecchymosis at birth, that soon progressed to skin necrosis and renal vein thrombosis is discussed. The report aims to raise awareness among neonatologists regarding the need to consider this rare condition with potentially devastating consequences, while evaluating bruise-like skin lesions in neonates.

Neonatal bruising can be a common clinical presentation with wide and varied etiological factors, ranging from relatively benign causes to serious and potentially life-threatening ones. Whilst the presence of bruise-like skin lesions in an otherwise well looking neonate is likely to indicate a less serious cause, in some cases this may be the earliest presenting symptom of a potentially catastrophic condition. Neonatal purpura fulminans, first described in 1962, is a condition characterised by bruise-like echymotic skin lesions caused by disseminated intravascular coagulation (DIC) and microvascular thrombosis [1]. Purpura fulminans is often triggered by fulminant sepsis and is commonly associated with profound hemodynamic instability. Very rarely this may also occur secondary to inherited deficiency of protein C or S. In the latter scenario, the affected neonate may appear clinically well (apart from the skin lesions) before widespread micro and macrovascular thrombosis ensue, leading to irreversible organ damage [2]. A case of a well looking neonate who presented with a bruise-like lesion on the scalp, due to neonatal purpura fulminans secondary to Congenital Protein C deficiency is reported below. The case report aims to urge utmost caution among neonatologists while interpreting the clinical findings in apparently well babies, presenting with seemingly innocuous cutaneous discolouration.

A female infant, born at full term to consanguineous Egyptian parents, was admitted to the (Figure 1) Neonatal Intensive Care unit with a history of mild tachypnea and an echymotic lesion on the scalp. Figure 1: Tachypnea and an echymotic lesion on the scalp.

The baby was born in good condition and did not require resuscitation. There was no history of birth trauma. Family history was unremarkable, and parents had three previous healthy children.

Baby was noted to have mild respiratory distress at admission and was started on low flow oxygen. On examination, an echymotic lesion with a size of 3.5 × 3.5 cms was noted on the left side of the scalp.

A complete physical examination did not reveal any other abnormalities at this stage. Under a working diagnosis of presumed sepsis and respiratory distress, baby was commenced on intravenous antibiotics. Preliminary blood tests demonstrated thrombocytopenia (101 x 109/L) with acceptable Hemoglobin and White Cell Counts. CRP was not elevated. Coagulation parameters were marginally deranged with a PT of 19.9 seconds, APTT 42 seconds and INR 1.7. Renal and liver function results also fell within an acceptable range for the age.

At approximately 20 hours of age, baby developed further echymotic (Figure 2) lesions around a venipuncture site on the left hand, which soon progressed to involve the entire hand, with a “glove-like” distribution. She remained hemodynamically stable throughout the clinical course. Urine dipstick at this stage demonstrated gross hematuria; and a repeat renal function test showed significant rise in urea (6.9 μmol/L) and creatinine (144 μmol/L). Figure 2: Echymotic lesions around a venipuncture site on the left hand.

An urgent renal ultrasound confirmed renal vein thrombosis on the right side. A diagnosis of neonatal purpura fulminans was made based on the above findings.

Baby was managed with multiple transfusions of Fresh Frozen Plasma and Activated Protein C. Skin lesions did not progress once definitive therapy was instituted, and started to show gradual resolution over the next few days. Renal function improved with supportive management and repeat renal ultrasound on the fourth day of life showed improvement in renal vein Doppler signal on the right side. Baby remained asymptomatic clinically from a neurology perspective.

Bruising in a well- looking neonates can be due to diverse aetiology; whilst the commonly encountered lesions (like instrumentation at delivery and haemangioma) run a benign and self-limiting course, it is imperative that the attending neonatal team maintains a high index of suspicion regarding potentially life threatening conditions that may present in a similar way. In the setting of a profound systemic illness with haemodynamic instability (eg. fulminant sepsis), echymotic skin lesions immediately raises the suspicion of consumption coagulopathy due to DIC. Clinical recognition however can become less straightforward in a well looking baby with localised ecchymosis, which could lead to a delay in diagnosis of conditions that can be associated with potentially devastating consequences. Neonatal purpura fulminans is the term used to describe the clinical presentation characterised by sudden appearance of tender skin lesions due to dermal microvascular thrombosis [2]. If untreated, this condition can lead to widespread micro and macrovascular thrombosis [3].

Acquired causes of Purpura Fulminans are relatively more common, and are usually seen under the setting of severe neonatal sepsis leading to consumptive coagulopathy with deficiency of Protein C or S [2]. Albeit very rare, inherited causes leading to severe deficiency of Protein C or S can also present during neonatal period. The crucial nature of an early differentiation between congenital and acquired causes cannot be over-emphasized in modifying the progression and outcome of the condition, as in the former, ongoing lifelong replacement of Protein C is essential.

In the clinical scenario describe above, the main presenting complaint involved a well localised scalp bruise noted at birth, without any signs of significant respiratory or cardiovascular compromise. Apart from thrombocytopenia, the initial blood results were not particularly suggestive of uncontrolled activation of the coagulation cascade. Also, an absence of history of birth trauma was conspicuous. Several hours later however, baby developed haematuria and impaired renal function, suggestive of renal vein thrombosis. Skin lesions highly suggestive of vascular insufficiency due to thrombosis also developed at this stage; and a hypercoagulable state other than DIC was immediately suspected.

Purpura fulminans due to congenital Protein C deficiency usually presents with sudden onset echymotic lesions within the first week of life [3]. Skin lesions appear as purple black and indurated with a predilection for sites of trauma, as was evident in the above scenario (eg. intravenous cannula sites), leading to an erroneous interpretation as traumatic bruising. However, these lesions can rapidly evolve into necrotic and gangrenous areas [4,5]. Complications typically include thrombosis of cerebral vasculature, vitreous haemorrhage and retinal detachment, and large vessel thrombosis (eg. renal vein thrombosis). It is vital to maintain a high index of suspicion as timely commencement of definitive therapy can significantly improve the outcome by preventing end organ damage due to thrombotic episodes. It however is worthwhile noting that cerebral and ophthalmologic complications may occur antenatally [6].

Activated protein C (APC) functions by inactivating Factor Va and VIIIa by proteolysis. Hence it follows that deficiency of Protein C leads to hypercoagulability and thrombosis. Laboratory findings can be consistent with that of DIC and consumptive coagulopathy with deranged coagulation parameters, increased fibrin degradation products and thrombocytopenia, all of which were present in the above case. An association with Gram negative organisms and Staphylococcus species has been described; empirical management of sepsis is hence justified pending results of microbiological studies. Reduced protein C or S levels can be diagnostic with genetic testing indicated when hereditary cause is suspected (eg. parental consanguinity).

The corner stone of management is replacement of Protein C, either as Fresh Frozen Plasma transfusions and/or replacement Protein C concentrates; treatment with anticoagulants like low molecular weight heparin is also recommended [7,8].

The above clinical vignette is reported to raise awareness among medical staff providing routine neonatal care, regarding the possibility of Protein C or S deficiency, masquerading as a seemingly harmless postnatal presentation, at least in the early stage. 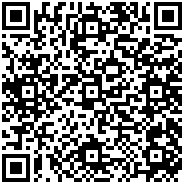