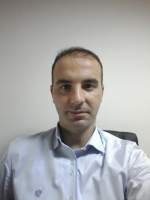 Journal Impact Factor 0.82*
Submit manuscript at https://www.scholarscentral.org/submissions/neonatal-medicine.html or send as an e-mail attachment to the Editorial Office at [email protected]

Journal of Neonatal and Pediatric Medicine (NNP) is a scholarly Open Access journal that aims to publish most complete and reliable source of information on vast topics of nutrition that include various aspects of neonatal perinatal medicine, neonatal intensive care, neonatal treatment, neonatal drugs, neonatal feeding, neonatal nursing, neonatal infections in the mode of original research and review articles, as well as case reports, short communications, commentaries, mini reviews and making them freely available online without any restrictions or any other subscriptions to researchers worldwide.

The peer-review process is designed to ensure the consistency of the submitted manuscripts in line with the set guidelines for a standard open access case report or research paper. The Neonatal and Pediatric Medicine has been acquired by OMICS International for dissemination of knowledge in the field of Neonatal health care and medicine with provision of free sharing and transmission of articles under the norms of the Bethesda Statement.

All proposals should be submitted https://www.scholarscentral.org/submission/neonatal-medicine.html

In neonatal period anemia is a complex problem owing to the unique blood picture. The erythrocytic system undergoes serial adaptation to meet progressively changing demands of oxygen in the embryo, the fetus and neonate. This leads to rapid change in normal hematological change in post-birth period. Definition of anemia is difficult because as described earlier, several important factors influence normal blood in the newborn infants. The etiology of neonatal anemia can be classified into i) hemorrhage (ii) hemolysis (iii) failure of red cell production. Severe fetal hemorrhage may accompany various placental anomalies like placenta praevia, abruptio placenta and accidental incision of placenta during the caesarian section. It is reported that 10% of all infants born following placenta praevia and 4% of infants born following abruptio placenta present with severe anemia. The passage of fetal erythrocytes in maternal circulation occurs commonly during pregnancy. In 50% of pregnancies some fetal cells are passed in maternal circulation sometimes during gestation or during birth process. Treatment of a neonate with anemia due to blood depends on the degree of hypovolemia or anemia and whether the blood loss has been acute or chronic. Newborn with pale skin should be differentiated from an asphyxiated baby.

A healthy start in life is important to every newborn baby. The first 28 days, called the neonatal period, is especially critical. It is during this time that fundamental health and feeding practices are established. It is also during this time that the child is at highest risk for death. Some common neonatal disorders include sudden infant death syndrome (SIDS) and neonatal jaundice. SIDS is the leading cause of death among infants who are one month to one year old. According to the American SIDS Institute, about 2,500 infants die from this condition each year in the United States. Neonatal jaundice is jaundice that begins within the first few days after birth. Jaundice is a yellowish discoloration of the skin, conjunctiva (a clear covering over the sclera, or whites of the eyes), and mucous membranes caused by hyper bilirubinemia (increased levels of bilirubin in red blooded animals). Neonatal jaundice is usually harmless but should be monitored by a qualified healthcare provider as a precaution.

Feeding problems are estimated to occur in up to 25% of normally developing children and in up to 35% of children with neurodevelopmental disabilities. One common definition of feeding problems is the inability or refusal to eat certain foods. Problems with feeding may lead to significant negative nutritional, developmental and psychological sequelae. Because the severity of these sequelae is related to the age at onset, degree and duration of the feeding problem, early recognition and management are important. The purpose of this paper is to provide guidelines to identify feeding problems in the first three years of life; to present a newly developed instrument to assess the presence of feeding problems and monitor the effects of management; and to describe basic management strategies that may eliminate or improve feeding dysfunction.

Maternal use of certain drugs during pregnancy can result in transient neonatal signs consistent with withdrawal or acute toxicity or cause sustained signs consistent with a lasting drug effect. In addition, hospitalized infants who are treated with opioids or benzodiazepines to provide analgesia or sedation may be at risk for manifesting signs of withdrawal. This statement updates information about the clinical presentation of infants exposed to intrauterine drugs and the therapeutic options for treatment of withdrawal and is expanded to include evidence-based approaches to the management of the hospitalized infant who requires weaning from analgesics or sedatives.

The first days and weeks of life are critical for the future health and survival of a child. Nearly two-thirds of the 6.5 million infant deaths each year occur within the first four weeks of life, and about two-thirds of those occur within the first week. It is defined as the neonatal mortality rate (NMR). Neonatal mortality rate is the number of neonates dying before reaching 28 days of age, per 1,000 live births in a given year.

Benign familial neonatal seizures (BFNS) is a condition characterized by recurrent seizures in newborn babies. The seizures begin around day 3 of life and usually go away within 1 to 4 months. The seizures can involve only one side of the brain (focal seizures) or both sides (generalized seizures). Many infants with this condition have generalized tonic-clonic seizures (also known as grand mal seizures). This type of seizure involves both sides of the brain and affects the entire body, causing muscle rigidity, convulsions, and loss of consciousness. A test called an electroencephalogram (EEG) is used to measure the electrical activity of the brain. Abnormalities on an EEG test, measured during no seizure activity, can indicate a risk for seizures. However, infants with BFNS usually have normal EEG readings. In some affected individuals, the EEG shows a specific abnormality called the theta pointu alternant pattern. By age 2, most affected individuals who had EEG abnormalities have a normal EEG reading. Typically, seizures are the only symptom of BFNS, and most people with this condition develop normally. However, some affected individuals develop intellectual disability that becomes noticeable in early childhood. A small percentage of people with BFNS also have a condition called myokymia, which is an involuntary rippling movement of the muscles. In addition, in about 15 percent of people with BFNS, recurrent seizures (epilepsy) will come back later in life after the seizures associated with BFNS have gone away. The age that epilepsy begins is variable.

Testing done within days of birth to identify infants at increased risk for a specific genetic disorder so that treatment can begin as soon as possible; when a newborn screening result is positive, further diagnostic testing is usually required to confirm or specify the results and counseling is offered to educate the parents Newborn screening is testing performed on newborn babies to detect a wide variety of disorders. Typically, testing is performed on a blood sample obtained from a heel prick when the baby is two or three days old. In the United States, newborn screening is mandatory for several different genetic disorders, though the exact set of required tests differs from state to state.

Observed and birthweight-specific neonatal mortality rates have been used for assessing quality of neonatal care, but these are crude and affected by risk characteristics of the population served. Even when neonatal mortality rate is corrected for four risk factors, race, sex, birthweight, and multiple births, (California Data Research Facility, Santa Barbara, CA) it is possible that the corrected neonatal mortality rate is not comparable among institutions because of population differences not corrected for, eg, prenatal care. To analyze whether our high neonatal mortality rate is primarily dependent on population risk or quality of neonatal care, we used contemporaneous data collection by senior physicians and a microcomputer database system to construct indices of quality of care that are based on diagnoses graded according to disease severity. For the 1987/1988 academic year, we found: neonatal intensive care unit nosocomial infection rate, 20%; severe intraventricular hemorrhage per 100 very low birthweight infants (1500 g), 20%; bronchopulmonary dysplasia per 100 cases of severe respiratory distress syndrome, 27%; necrotizing enterocolitis per 100 neonatal intensive care unit discharges, 5%; air leak per 100 cases of severe respiratory distress syndrome, 21%; and neonatal mortality rate per very low birthweight delivery rate, 0.4. We propose that microcomputer, hospital-based analyses will improve comparisons of neonatal intensive care unit quality of care if appropriate indices can be sufficiently well-defined and shared.

Vaccines and Immunity for Newborns

Newborns have an immature immune system that renders them at high risk for infection while simultaneously reducing responses to most vaccines, thereby posing challenges in protecting this vulnerable population. Nevertheless, certain vaccines, such as Bacillus Calmette Guérin (BCG) and Hepatitis B vaccine (HBV), do demonstrate safety and some efficacy at birth, providing proof of principal that certain antigen-adjuvant combinations are able to elicit protective neonatal responses. Moreover, birth is a major point of healthcare contact globally meaning that effective neonatal vaccines achieve high population penetration. Given the potentially significant benefit of vaccinating at birth, availability of a broader range of more effective neonatal vaccines is an unmet medical need and a public health priority. This review focuses on safety and efficacy of neonatal vaccination in humans as well as recent research employing novel approaches to enhance the efficacy of neonatal vaccination.

Related journals for Vaccines and Immunity for Newborns: