Active Weight Bearing Tibio-talar Motion and Meniscal Translation in the S.T.A.R Prosthesis-A Radiographic Comparative Study of the S.T.A.R. Toward the Opposite Normal Ankle Joint

Copyright: © 2013 Kofoed H. This is an open-access article distributed under the terms of the Creative Commons Attribution License, which permits unrestricted use, distribution, and reproduction in any medium, provided the original author and source are credited.

Background: The kinematics of meniscal bearing artificial ankle joints is not well documented after the implantation of the prosthesis. Purpose of the study To investigate the active weight-bearing tibio-talar motion and the translation of the meniscus radiographically after mean 36 months in patients with unilateral traumatic ankle osteoarthritis.

Methods: Straight lateral radiographic views under image intensification of the replaced ankle and the opposite normal ankle were performed during active weight-bearing. The tibio-talar motion of both ankles, as well as the translation/rotation of the meniscus in the replaced ankles was measured.

Conclusions: The active weight-bearing motion of the replaced ankle is about 2/3 of the normal ankle motion. Functionally this is a satisfactory result. After 36 months the translation of the meniscus is rather small suggestion that the replaced ankle has reached a steady state of conformity.

The average Age of the patients was 55 years (range 30-74). The operative technique has been described previously [7,8]. Figure 1 shows the principle of the ankle prosthesis. It consists of a metal talus cap that also resurfaces the lateral and medial facets of the talus, and is near anatomical in its shape. The tibial component is flat. On its back it carries two cylinders for insertion into the distal tibial subchondral bone. A polyethylene meniscus–congruent toward both the tibial and the talus surfaces–is inserted between the metal components. The arrangement allows for near physiological kinematics of the ankle joint. The stability of the joint depends on the malleoli, the ligaments and the contour of the prosthetic surfaces. 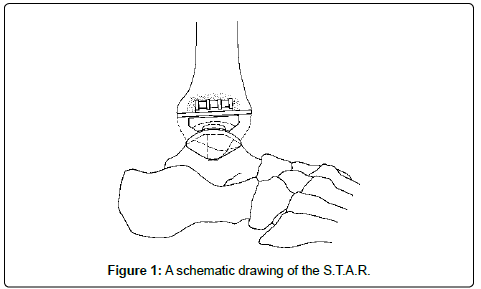 Figure 1: A schematic drawing of the S.T.A.R.

Using image intensification, the radiographic examination was performed after an average follow-up of 36 months (range 24-48).Three of the radiographic examinations failed to show a direct lateral view of the meniscus. These cases were excluded. Figure 2 shows the set-up. The patients would bend over in the knee joint as much as possible with full weight-bearing on the foot, and would afterward stretch the knee out and lean back as much as possible for maximal plantar flexion of the ankle joint. In both situations the heel was firmly pressed to the box surface. The same procedure were used for both replaced and for normal ankles. Straight lateral views were taken in order to clearly identify the marker in the meniscus of the replaced ankles. The longitudinal axis of the tibia constituted one line. Another line went from the top of the talus neck to the posterior process of the talus (Figure 3). Neutral position was sad to a line tangentially to the long axis of the tibia. From these lines the active extension and plantar flexion as well as the total range of motion could be measured for both normal and replaced ankles. The translation between the meniscus and the tibial replaced surface was measured between the tangential lines to the metal marker in the meniscus and the tibial metal plate. The metal marker thread is placed horizontally in the meniscus in a square measuring 2x2 cm. On radiographs it should present as a straight line parallel to the tibial plate. The difference in translation between the marker thread and tibial plate for maximal extension to maximal flexion was said to constitute the translation. The actual length of both the marker and the tibial plate was known and measurements were corrected accordingly. Measurements were performed independently by three investigators, and the results are displayed as the mean of these measurements. 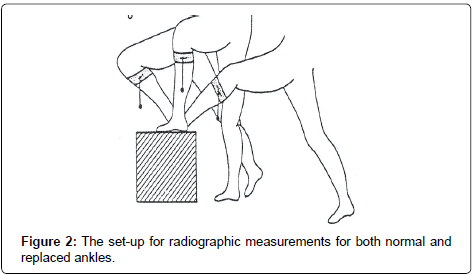 Figure 2: The set-up for radiographic measurements for both normal and replaced ankles. 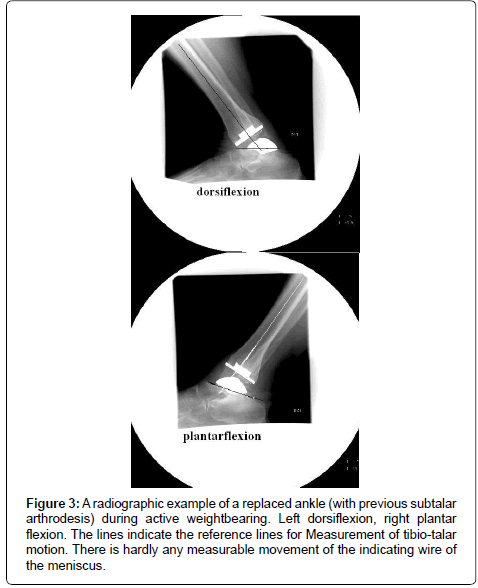 Figure 3: A radiographic example of a replaced ankle (with previous subtalar arthrodesis) during active weightbearing. Left dorsiflexion, right plantar flexion. The lines indicate the reference lines for Measurement of tibio-talar motion. There is hardly any measurable movement of the indicating wire of the meniscus.

Statistically p: 0.05 was set as the level of significance. Non-parametric statics were used for comparison of the present and previous reported results.

The study was approved by the local ethical committee. The patients gave informed consent. No funds were received for the study.

Table 1 shows the results of active weight-bearing motion of the replaced and normal ankle joints. The motion of the replaced joints was significantly lower than that of the normal joints (p< 0.02). The replaced ankles showed 2/3 of the normal range. Plantar flexion was close to 3/4 of the normal joint, whereas extension was 3/5 of the normal joint. Table 2 shows a comparison of passive and active ankle prosthesis motion compared to passive and active weight-bearing of normal joints. In both situations active weight-bearing motion exceeded that of passive motion (p<0.05).The translation of the meniscus between maximal extension and maximal plantar flexion was measured to be 0.7 mm (range -1.5 mm to +1.2 mm) in either forward or backward position (Table 3). Theoretically, there is free rotation between the meniscus and the tibia plate. The length of the squared 2 cm metal marker in the meniscus could radiographically maximally be increased to 2.83 cm in 45° of rotation. This means 0.18 mm/degree of rotation. A measurement of 0.7 mm in AP-gliding could therefore also mean a rotation of 3.3°.

Table 3: Antero-posterior translation of the meniscus.

The tibial-meniscus translation from maximal plantar flexion to maximal extension was measured by Komistek et al. [2] to be 2.5 mm at the one-year follow-up. They used a 3-D model fitting program from 2-D data. In their conclusion about ankle kinematics they stated that some internal rotation of the tibia takes place during the arc of motion. This is undoubtedly true, but as the ankle is the most congruent joint this would only be possible with either a widening of the ankle mortise in extension or an external rotation of the fibula. Lundberg [11] found by stereo- roentgen- photo-grammertry that the axis of rotation passed through the centre of the talus. The actual line of rotation was variable with the shape of the talus and with the talus rotation within the ankle mortise during the arc of motion. The external rotation of the allowing for internal tibial rotation has been measured to be 2.2° (range 1.4–4.8) in a cadaver study of normal ankles using stereo-video- photo-grammertry [11]. Others have found it to be about 5° in vivo [11]. This indicates that the rotation within the ankle mortise during the arc of motion is rather small. The restriction for such a rotation is naturally the malleoli, the ankle ligaments and the contour of the gliding surfaces. As the ligaments are tightened during the surgical procedure we are inclined to believe that the additional rotation in the tibio-meniscal junction is quite small. The theoretical maximal calculated rotation in the present series was found to be about 9.5°. When the natural rotation is about 5° is deducted it means that the rotation between the meniscus and the tibial plate could at most be only about 5°. Therefore the measured mean 0.7 mm translation at the tibio-meniscal joint could either be in the anterior-posterior direction, or an expression of rotation of 3.3° (0.7/0.18). A combination of the two events is the more possible explanation. The combination of these corrective movements undoubtedly allows for a better mobility than a single hinged joint, at least during loading. Most probably they also protect against prosthetic loosening as rotational stresses otherwise would have to be transferred to the bone-implant interfaces.

Comparing the active weight-bearing motion of normal ankles with that of MB replaced ankles showed that about 3/5 of normal extension and 3/4 of normal plantar flexion could be expected in ankle replacements. This is more than sufficient for a normal daily life ankle function. As only slight corrective movements occur at the tibio-meniscal junction after an average follow-up of 36 months it might indicate that the specific ankle joint has found its pattern of movement.