Copyright: © 2015 Ratnapalan S, et al. This is an open-access article distributed under the terms of the Creative Commons Attribution License, which permits unrestricted use, distribution, and reproduction in any medium, provided the original author and source are credited.

Objectives: To evaluate incidence, motives and clinical outcomes of pre-teens and adolescents presenting to a pediatric emergency department with substance ingestions. Methods: A retrospective chart review was conducted of patients aged 10 to 18 year department presenting with substance ingestion, overdose or poisoning to a tertiary care pediatric emergency between January1, -2009 to December 31,2010. Demographic information, type of ingestions, motives and outcome information were collected and analyzed. Results: One hundred patients with a mean age of 15 (STD deviation 2) years were seen during the study period (70 females and 30 males). Psychiatric conditions were present in 50% of the patients (n=50). The most common reason for ingestion was intentional attempted suicide (n=58) followed by intentional abuse (n=30), intentional misuse (n=5) and unintentional ingestions (n=7 of all the ingestions 39% (n=39) needed admission to hospital of whom 2 were admitted to the intensive care unit. Suspected suicides accounted for 92% of admissions. There were no deaths. Conclusions: Vigilance by parents and maintaining open communication with their children while monitoring for self-harm behaviors is important in adolescents age group. Health care professionals should check for mental illness and attempted suicide in adolescents who present with drug or substance ingestions.

The World Health Organization (WHO) defines adolescents as persons between 10 and 19 years of age, estimating that adolescents constitute about 20% of the world’s population [1]. The adolescent age group experiences rapid physical, mental and emotional growth in addition to experimenting and exploring risk taking behaviors [2] including deliberate self-harm in the form of intentional poisonings [3]. Intentional poisonings accounted for 24% of all teenage exposures reported to American Poison centers in 2012 [4]. Intentional ingestions in the adolescent age group are common and lead to significant morbidity and mortality. The 10 to 19 year old age group who present to hospitals with intentional ingestions fall in to 3 main categories; a) intentional abuse, b) intentional misuse and c) intentional suicidal attempts according to the Annual Reports of the American Association of Poison Control Centers’ National Poison Data System [4]. The prevalence of adolescent suicides attempts can be as high as 4% and is currently the third leading cause of death in the United States. Poisoning is a popular method of intentional self-harm especially in females [5-9]. Prompt recognition and management of intentional ingestions especially in attempted suicides is necessary to prevent serious harm. An understanding of the patterns of adolescent poisoning and other factors associated with poisoning may provide useful information to improve prevention and treatment strategies.

To evaluate the pattern of substance ingestion and outcomes in patients aged 10 to 18 years presenting to a tertiary care Pediatric emergency department.

A retrospective chart review of children aged 10 to 18 years, diagnosed with substance ingestions, substance abuse, overdose, intoxication or poisoning from January-2009 to end of December -2010 was conducted after obtaining approval from the institutional research ethics review board. We used the ICD codes for Poisoning by drugs, medicaments and biological substances- 36-T50; intoxication meaning inebriation F10-F19 to identify all ingestions from patient charts. Health records of all patients, presenting with acute poisoning, drug overdose, ingestions, drug or alcohol abuse and intoxications were retrieved and reviewed by a single investigator (SA). Demographic information, type of poisoning, self-reported intent (intentional versus unintentional ingestions), co morbid conditions, and treatment in ED and outcome information was collected on a standardized data collection sheet and entered in to Microsoft Excel 2007 (IBM Corporation). Intentional ingestions were classified in one of 3 groups: 1) intentional abuse where the drug or substance ingestion was not for its intended use, 2) intentional misuse when the drug or substance was taken in the wrong dose or at the wrong intervals, and 3) intentional suspected suicide when drugs or substances were ingested in an attempt to commit suicide. These categories were chosen to match the reporting format of the Annual Report of the American Association of Poison Control Centers’ National Poison Data System for reason for ingestions or exposure [4]. Data was analyzed using SPSS 20.0 statistical program IBM Corporation for comparative statistics between groups.

There were 100 patients aged 10-18 years presenting to the emergency department with ingestions during the study period and all of them were included in the analysis. These patients accounting for 25% (400 ingestion for 2 years) of all ingestions presenting to the emergency department during the 2 year study period. The mean age was 15 (STD deviation 2) years, 70% percent of them were females (n=70). Seventy five percent (n = 75)) of patients arrived at night between 8 pm and 8 am. The time of ingestion was available in 45% (n=45) patients. Sixty percent (n=60) of children presented with signs and symptoms of central nervous system involvement, 57% (34 /60) had Glasgow coma scale recorded of whom 20 patients had reduced GCS. Gastrointestinal system involvement was seen in 42% (n=42) of whom almost half (n= 20) also had central nervous system symptoms. Thirteen patients received activated charcoal in the emergency department. Toxicological testing in blood was done in 80 patients and urine toxicology in 68. The toxicological results did not correlate to the history of ingestion in 10 patients (Table 1).

Analgesics accounted for 37% (37/100) and ethanol the next most frequent for 15% of ingestions in our study. Of 15 patients who were ethanol positive on blood testing 13 (87%) had levels above the legal limits of 22 mmol/L and the highest level was 61 mmol/L. Mouth wash ingestion lead to serum ethanol level of 33 mmol/L. in a 15 year old male. Prescription psychiatric drugs were ingested by 12 patients which included 4 SSRI ingestions. (Given in Table 2 for the full list of ingested drugs) Thirty-one patients ingested more than one drug; 21 ingested 2 drugs, 5 three drugs, 2 four drugs, 1 each for 5, 6 and 7 drugs. All 10 patients who ingested 3 or more drugs had a history of psychiatric illness and stated that they ingested psychiatric drugs and other non-prescription drugs in an attempt to commit suicide.

Previous co-morbid conditions included medical conditions in 13% (N=13), psychiatric conditions (other than substance abuse) in 45% (n=45) and had both medical and psychiatric conditions in 5% (n=5). Depression alone (n=23) or as part of bipolar disorder (n=3) accounted for 52% of the documented psychiatric diagnosis. Nineteen patients had more than 1 psychiatric diagnosis documented. Chart documentation as reported by patients showed that intentional ingestions accounted for 93 patients subdivided into intentional abuse (n=30), intentional misuse (n=5), and intentional suspected suicides (n=58) ; unintentional ingestions accounted for 7 patients (5 selfingestions and 2 parental errors ). Given below in Table 1, for reported motivation for each age group. Alcohol and illicit drugs accounted for all of the intentional abuses, alcohols alone (10/30) or in combination with other illicit (6/30) drugs and illicit drugs (14/30) abuse were documented. Intentional misuse was for pain relief in 4 patients (4/5) involving analgesics for weight loss on one patient. There were 58 children who self-reported intentionally ingesting substances to attempt suicide and 19 had a history of attempted suicides in the past. There were no significant differences in the percentage of suspected suicides among the younger adolescent between 10-14 years (68%) and the older adolescents (55%) between 15-18 years. We compared the patients who presented with intentional abuse to the group who intended to commit suicide, to identify any associated conditions in suicidal pre-teens and adolescents. There was a female preponderance in the suspected suicide group compared to the suspected abuse group which had equal numbers of males and females. The suspected suicide group had significantly less co-ingestions of alcohol and drugs of abuse, were more like to have psychiatric conditions rather than medical conditions, more likely to have ingested analgesics and more likely to have attempted suicides in the past. As expected, emergency treatment and admissions were higher in the group of patients with intentional suspected suicide compared to other groups (Table 3).

There were no deaths during the study period. Thirty nine 39/100 patients required inpatient treatment, 2 were admitted to the intensive care unit (one with acute liver failure as a result of acetaminophen ingestion and the other for dialysis as a result of Aspirin ingestion). 2 to the psychiatric ward, 3 were transferred out to local hospitals and 32 were admitted to the pediatric ward. Two children who had intentionally ingested and abused substances left against medical advice. The 39 admitted patients were classified as an intentional or suspected suicide (36/39) or intentional substance abuse (3/39). All 39 admitted patients had psychiatric assessment.

The CDC cautions that unintentional poisoning deaths in US have dramatically increased 160% from 1999 to 2009, and recommends that all medicines should be kept in their original bottles or containers [10] We would add that substances should not be placed in water bottles or containers that may be mistaken for beverages and accidently ingested. This is a clear message to adolescents, young adults, parents and other caregivers, that safe storage is essential for drug safety in all age groups.

Alcohol and drug abuse continues to be a pre-teen and adolescent issue and multi drug use is popular. Benzyl piperazine a synthetic designer drug of abuse [11] was positive in a child who reported taking 4 ecstasy pills. Easily accessible and affordable designer drugs and are on the increase across the world and are gaining popularity among youth [12,13]. A second limitation of our study was the lack of documentation of herbal and legal substances of abuse in our patient charts. We do not have standardized testing for many of the newer herbal and legal highs. As such, the importance of obtaining and documenting all substances taken by patients presenting to the emergency department is necessary to identify the newer substances of abuse. Discussion on prevention and treatment of alcohol and drug abuse is beyond the scope of this article.

Analgesics were the most frequently ingested drugs in our study. This finding mirrors the national trend of analgesics as the most frequently ingested class of drugs causing the most number of deaths in US [14]. The majority of our study patients who ingesting analgesics required treatment at a significant cost to the healthcare system. Several studies have looked at acetaminophen packaging as a preventative strategy but the evidence is not strong. However, reducing the number of pills in the containers may contribute to reducing morbidity due to acetaminophen overdoses [15]. Our study confirmed a decade old trend of ingesting psychoactive prescription drugs and other random drugs found at home continues [16,17]. Swallowing batteries and pins to commit suicides shows that banning and locking drugs may not be enough and highlights the importance of early identification and crisis prevention.

Physicians should have a high level of suspicion for multiple drug ingestions when patients present with poisoning. Multiple drug ingestions are more likely to occur in patients with mental illnesses and may be suicide attempts as shown in our sample. Biological, psychological and social factors alone or in combination can predispose a pre-teen or adolescent to attempt suicide. The high incidence of mental health issues in our population highlights the need for better mental health services and early crisis identification.

Safe medication storage should be practiced by all parents. Parental vigilance is necessary for prevention and early identification of selfharming behavior in adolescents. Multi substance ingestions with an intent to commit suicide should be considered when treating patients who present with ingestion of any drug or substance. Physicians treating patients with mental illness and substance abuse should discuss safe medication storage and early crisis management.

Authors wish to thank Dragan Kljujic, The academic project coordinator for his assistance in performing all statistical calculations. 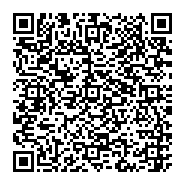