Copyright: © 2014 Adel M. Agina. This is an open-access article distributed under the terms of the Creative Commons Attribution License, which permits unrestricted use, distribution, and reproduction in any medium, provided the original author and source are credited.

Despite the massive body of research on the effect of media and entertainment on Children's Behavioral Regulation (CBR) and Children's Behavioral Nutrition CBN), especially through computer-based video games, the multidisciplinary research, up to date, still lacks a true understanding of the powerful effect of the communication between users, especially young children, and the content of the entertainment. Remarkably, the relation between CBR and CBN is not comprehensible yet (i.e., still ambiguous) despite many studies investigated the the CBN research came up with the fact that the research on the Innovative Intervention Programs (IIP) are still needed to overcome the limitations in previous programs, and, concluded that serious video games show promise of changing in children's behavior. In sum, the more deeply research is still needed on: (1) the optimal design of behaviorchange procedures in video games, (2) the mechanisms that account for changes obtained, and (3) the groups in which these interventions work best. Such research will permit the optimal design of serious video games for children's better healthier behaviors in the future. On the other hand, creating the IIP in terms of CBR requires many various and different criteria! Thus, the present reflection paper was conducted to, analytically, clarifying the outlines of the current running new multidisciplinary project that mainly investigates the effect of CBR on CBN through computer-based edutainment environments.

In the literature, especially concerning multidisciplinary researches, many terms and terminologies were injudiciously used insofar the researchers may cognitively overloaded. For instance, the terms “behavior change”, “developmental behavior change”, “children's development change”, “change children's development”, and many others may or may not lead to the same phenomenon unless the use of the associated keywords are judiciously used such as Children's Behavioral Nutrition (CBN) and Children’s Behavioral Regulation(CBR). Remarkably, the literature still lacks the multidisciplinary research that involves CBN and CBR given the fact that the relation between the two is still ambiguous despite many studies investigated the mediating variable analyses with process data on self-regulation (e.g., goal setting and problem and solving). However, those studies did not predict behavior [1,2].

Why The Present Reflection Paper?

The second area of research is relaying on what specifically introduced concerning CBN by Baranowoski et al. [1,2,9-37]. For the sake of the simplicity and clarity, the current reflection paper refers to the studies by Baranowoski and his colleagues as “CBN-Research”.

SRL in studies of “CBR-Research” is defined as ''the learners' ability to direct their verbalization process and, simultaneously, monitoring their learning process's goals''. Therefore, SRL is considered as one of the main ingredients of CBR, which refers, as the “CBR-Research” introduced it to “the level of the children's speech use, the differentiation and difference between private speech, social speech, and thinking aloud, and the degree of the children's SRL and satisfaction during learning tasks when children act alone and without any human-human interaction or social intervention before, during, or after the progression”.

In the studies of the “CBR-Research”, the computer is not only used as a teaching aid but also as an external regulator through special computer-based edutainment tool. The main aim is to enable young children to act alone without distorting their cognitive load either before, during, or after the progression. In other words, the methodology of the experiments in the studies of the CBR-Research is completely relying on the computer, per se, to prevent any humanhuman interaction or social intervention with the young children during learning process. During the progression, the effect of the child's speech (private vs. social) on self-regulation and task performance is investigating through special measurements where the computer, per se, regulates the child to response along the progression time. Figure 1 illustrates the model of the “CBR-Research”.

In terms of CBR, the stimulus material, whatever it is, has to be technically and cognitively designed and implemented by children themselves through engage children as a design-partners. This may cost many and many pilot studies with a number of experiments before implementing the edutainment tool itself.

In terms of designing successful computer-based edutainment, young children have to be engaged as design-partners from scratch to design, generate, and evaluate the stimulus material before using that product in the actual experiments. Otherwise, the motivation will be always needed during learning process to motivate children to keep going, which is undesirable factor in terms of distorting child's thinking process during learning process.

In terms of educational psychology, the child should not get any training on how to use the stimulus material to avoid distorting the children's cognitive overload before running the actual experiment (i.e., the natural process of the child's inner speech will be negatively affected either by the edutainment fashion and/or stylish or socially by the teacher/experimenter who trained the child). Therefore, the stimulus material, per se, has to be smart enough to run such a friendly-chat questionnaire whenever needed but without creating any overloading to the child's current cognitive or thinking processes.

Psychologically, the “fashion and stylish” interface does not mean the product will be definitely accepted by children especially when the gender, just for instance, has conducted as an independent key! Many and many experiments were failed because of the adult-based design as many others failed because of the difference between the game's hero gender and the child.

Cognitively, the stimulus material has to consider the negative effect of the Children's Split Attention (CSA) as well as the Children's Cognitive Overload (CCO) during the progression. Otherwise, there will no chance to separate the verbalization of the child's private speech from social speech and thinking aloud, which are the keys that clarify the content of the children's feeling and thoughts. For instance, the background of the stimulus material during the progression may completely distort the child's thinking process to be cognitively overloaded and the verbalization quality to be mixed between private speech, social speech, and thinking aloud.

In the studies of “CBN-Research” including many other researchers (e.g., David E. Barrett, a Harvard Medical School psychologist) and many others, the researchers believe that a behavioral healthy diet has long lasting effects on a child’s ability to interact with the others. In specific, children who eat by following a healthier behavioral diet full of nutritious foods is more likely to behave well and better when interacting with others.

In contrast, those children whose healthier behavioral diet is lacking good nutrition is more likely to be antisocial, introverted, and hyperactive and be seen generally to be misbehaved when interacting with the others.

Importantly, it is very essential to have an understanding of how nutrition decisions are an actual healthy decisions. Mostly important question that has to be considered is how young children be able to make the correct decisions, by themselves, to change their unhealthier behaviors to be better and, by time, to be a habit without human's external regulation. This question remains the biggest unanswered question so far.

Equally important, the answer of this big question requires children to regulate themselves, by themselves, through developing standalone edutainment environments. These environment should help children to learn about nutrition and enable them to get the right information they need about having a healthy attitude of the healthy food whenever they need it without seeking help from adults to increase their free-will to follow and build the right behaviors.

In the studies of the “CBN-Research”, the researchers believe that the CBN can be improved through video games and they introduced their model (Figure 2) named: the Mediating/Moderating Variable. In terms of programming behavior change, the following algorithm (Figure 3) can be simply concluded as the final outcome from the MMVM model.

Figure 3: The Algorithm of the MMVM Model

To clarify the MMVM model in terms of programming behavior change, a child with an obesity problem, for instance, may change his unhealthier behavior about his “daily dietary list” to follow a new healthy list through such a video game given the fact that play is a nature tendency of all children and the fact that the computer, per se, remains the most interactive and appealing media for people. 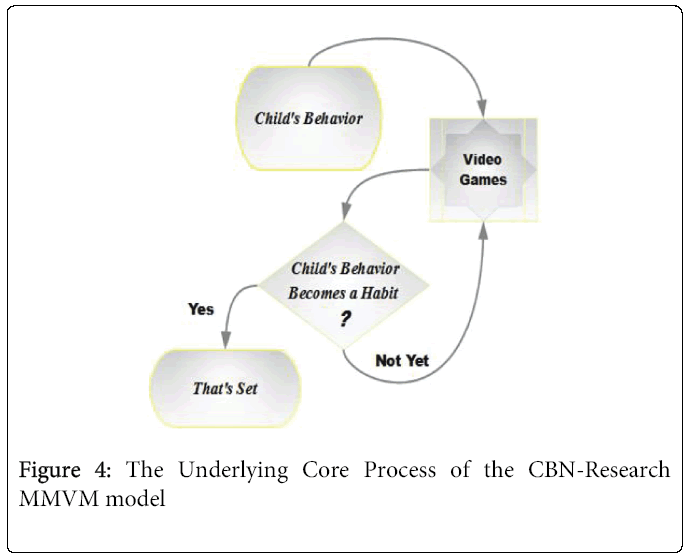 Figure 4: The Underlying Core Process of the CBN-Research MMVM model

As shown in (Figure 4), the child's habit is clearly an outcome but not an instant or direct result that the child gains after the experiment(s) instantly. In terms of Ontology science, gaining such a behavior to be a habit, by nature, is a function of time. This leads to an associated and sensitive question is that: is the child's behavior a function of time too?!!!!!. Unfortunately, this question remains with no answer in the literature yet.

Children's behavior, generally human, can be changed by time while children's habit cannot (let's say it is nearly impossible to be changed given the fact that habit, mostly, becomes a belief for some people – if not all).

Logically, changing such a behavior at an early age will be easier than in advanced age. Given the CBR-Research definition of selfregulation as “the learners’ ability to direct their verbalization process and, simultaneously, monitoring their learning process’s goals”, the change of such a child's behavior to be a habit needs such a framework between the CBR-Research model and CBN-Research MMVM Model, which is the proposed new model of the current running project as shown in (Figure 5) and named as: CBR-N Model. Interestingly enough, despite the different area of research of the two models, both of them are mathematically connected to each other as shown in (Figure 6). Accordingly, the current running funded project is mainly conducted to investigate the effect of children's self-regulation and task performance on their healthier behavior through computer-based edutainment that will be specifically designed and implemented with young children as design-partners for this project.

Given the fact that detecting and treating any problem at an early age will be more easier than in advanced age, the proposed participants will be children in different ages but not older than 13 years old (i.e., the aim is to run this project, mainly, with young children at an early age).

The project involves many and several experiments. Each experiment will have a different experimental design with the same or different stimulus material(s). Some experiments will be running at school while others at home. Given the fact that changing children's behavior into a habit is already a function of time, the settings of each experiment, especially concerning the needed time to play, will be different from one experiment to another where each one of them will be effected by the previous one. The proposed experiments will be different in terms of short and long time to play with the proposed stimulus material(s) either at home or school under the supervision of the children's parents and teachers respectively. Depending on the obtained results, new experiments may be added.

To what extent does the children's manifested self-regulation increase children's healthier behavior through computer-based edutainment?

The current running project is highly expecting to come up with many and several results/papers in many different and various areas of research such as Computer Games (edutainment), Children's Behavioral Development, Aura Science, Math Analysis of Children's Development, and many other branches of science.

The author would strongly like to thank the company of Madinato Attakneia for information technology (MT5IT) for supporting this project along the next coming two years.