Antireflux Surgery for Esophageal Adenocarcinoma Prevention: Is it Worth it?

Copyright: © 2014 Perzan EK, et al. This is an open-access article distributed under the terms of the Creative Commons Attribution License, which permits unrestricted use, distribution, and reproduction in any medium, provided the original author and source are credited.

Barrett’s esophagus (BE) is a precursor to esophageal adenocarcinoma (EAC) in which the squamous lining of the esophagus is replaced with intestinal columnar epithelium. Gastroesophageal reflux disease (GERD) is associated with BE, and is a significant risk factor for EAC [1]. The presence of GERD symptoms increases the odds of developing EAC by 7.7-fold as compared to those lacking any such symptoms [1]. The more frequent the symptoms and the longer their duration, the greater the risk of EAC. Indeed, approximately 61% of EAC patients and 70% of BE patients report having GERD symptoms (heartburn or regurgitation) [2]. Many have suggested that the prevention or amelioration of GERD symptoms is a key factor in BE management [3].

The mainstay of GERD management is medical treatment with acid suppression drugs including antacids, histamine-receptor-2 antagonists and proton pump inhibitors (PPIs). In recent years, there has been growing concern regarding the safety of this latter class of drugs, prompting the American Gastroenterological Association (AGA) to release an in-depth technical review of GERD management, determining that insufficient evidence exists to warrant increased precaution or testing for patients taking PPIs [4]. Despite the broader AGA findings, research continues to suggest two main safety concerns associated with PPI use: malabsorption and an increased risk of infection. Calcium malabsorption is of particular concern, as it can lead to decreased bone density and an increased risk of bone fracture. The Nurses’ Health Study examined the relationship between PPI use and hip fracture, and found that women who had been taking PPIs for at least 2 years had a 35% increased risk of hip fracture as compared to non-PPI users [5]. Additionally, a 2011 meta-analysis of 11 studies investigating the association between fractures (hip, spine, and any-site) and PPI use and found an increased relative risk for all three types of fractures in both men and women [6]. Concerning PPI-related infection risk, a meta-analysis of 42 studies including 313,000 patients found a relative risk (RR) of 1.74 of Clostridium difficile infection for PPI users when compared to non-users. This risk was further increased (RR 1.96) in patients who were also taking antibiotics [7]. These data are not from randomized controlled trials which raises legitimate concerns regarding biases and the verity of the findings. Nonetheless, given these PPI concerns, there has been an increased interest in antireflux surgery as an alternative to medical therapy.

Antireflux Surgery for BE Management

A handful of studies have also suggested that antireflux surgery is associated with regression, or can revert LGD to BE without dysplasia and BE to normal squamous epithelium. In a case series of 125 patients with short segment BE undergoing antireflux surgery, no patients progressed to EAC, and regression was observed in 61-65% of patients in a mean follow-up length of 56-106 months [10]. A retrospective study comparing medical therapy and surgical therapy for patients with LGD found that after 18 months, 100% of patients who received surgical therapy regressed to BE without dysplasia, as compared to 63.2% in the medical group [11]. In a comparison of patients with long-segment BE versus short segment BE (defined as greater than or less than 3 cm), surgery successfully reverted BE to normal epithelium in patients with short segments, but was not effective for long segments [12]. While these studies suggest a promising potential for BE management, they are not statistically significant, possibly because they are underpowered [10-12] and have a short follow-up period [9,11].

As with any operative procedure, complications can arise during antireflux surgery, whether it is with an open or laparoscopic approach. The LOTUS randomized trial comparing antireflux surgery to medical PPI treatment observed a 13.3% treatment failure in the surgical group (defined as needing additional treatment for symptoms, needing dilation or having serious adverse events postfundoplication) as compared to 7.1% treatment failure in the medical group (defined as failure to control symptoms) [13]. The number of patients reporting serious adverse events was similar in both groups (28.6% in the surgical group and 24.1% in the medical group). The most common adverse event after fundoplication is dysphagia, with 20% of patients experiencing dysphagia immediately after surgery; these symptoms persist long-term in 4% of patients [14]. Other postoperative dysphagia rates between 0% and 17.6% have been reported [15]. Due to the nature of the fundoplication procedure and the anatomical alterations that are made, patients are left with the inability to vomit or affectively vent air from the stomach [14]. Finally, an observational study measuring quality-of-life (QoL) scores before and after antireflux surgery found that patients with BE reported less quality-of-life improvement when compared to patients without BE, though QoL scores did improve slightly after surgery [16].

The current evidence supporting antireflux surgery in BE patients to reduce the risk of cancer progression is suggestive, but is not yet conclusive. Most notably, larger studies with longer follow-up duration are needed to assess whether or not surgery can prevent progression to EAC, as annual progression rates to cancer as low as 0.12% have been reported [17]. Therefore, given the lack of convincing decisive evidence that antireflux surgery prevents EAC progression, and in light of the potential for long-term discomfort post-fundoplication, we cannot currently recommend it for cancer prevention in patients with BE. Specifically, patients with nondysplastic short-segment BE, patients with BE without GERD symptoms, or patients whose GERD symptoms are well-controlled with moderate medical treatment should consider antireflux surgery with particular caution. For these groups of patients, the risk of progression, and therefore any potential benefit, may be lower than the high-risk and high-symptom patient, while assuming similar risks in complications and side effects. Antireflux surgery may be a consideration when more convincing data regarding effectiveness becomes available. 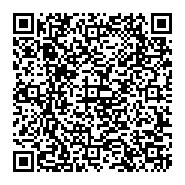