Awareness about Prevention Symptoms and Treatment of the Lyme Diseases

In order to create awareness about Lyme diseases among the university students a project was conducted. About 100 students of the class took participate in this project 86 were the girls and 14 were the boys. A page distributed in the class the following questionnaire were written in the page which rotated one by one in the between students of the Bahuddin Zakariya University Multan. All students of the university answered the following questions according to their own choice. So by the help of the statistical analysis I completed my calculations and finally develop my result and discussion. Lyme disease spread by the tick bites this is also known as Lyme borrelious and Erythyma migran at the place of tick bite about week occur after. Typically rash is neither painful or nor itchy area expand due to redness at the Place of tick bite. The approximately effect were 300,000 people a year in US.

The common disorder was expanded by ticks. Approximately Effect was 300,000 people a year US and 65,000 people in Europe a year Through Infection [1].

The area expanding due to redness is also known as erythema margin. Typically the rash is neither painful nor itchy. Area expanding due to redness at the site of tick bite, tiredness, pain and fever .Ticks of prevention bites deoxcycline. It prevails in northern hemisphere [2]. Approximately affect were 300,000 people in year in the US and 65,000 people a year in Europe by Infections.

Lyme disease PTLD is a chronic disease; scientific community had no longer term. Different groups used in different ways. PTLDS cause by some persistent infection few healthcare providers claim they do not believe. New vaccines are now ongoing to develop [3].

Table 1: Questionnaire to evaluate the awareness about etiology of Lyme disease.

Table 2: Questionnaire to evaluate views about prevalence of Lyme disease.

Table 3: Questionnaire to evaluate views about transmission of Lyme disease.

Table 4: Questionnaire to evaluate views about Hope for Lyme disease.

This project was done by using Microsoft Excel

About 100 students took part in this project. A questionnaire was asked about the Lyme disease how it suffered prevailed and treated by physicians and transmitted in people [7]. In this questionnaire was asked to the students of the Bahuddin Zakariya University that the Lyme disease was viral bacterial, fungal, genetic and metabolic diseases. The answered was that 100 said that is not viral while 98 said yes it is a bacterial disease and other 02 said it is not a fungal disease. 87 said that this disease can be transferred through blood transfusion [8]. 81 said surgery is not required in Lyme disease. 88 students said that there was no need of treatment.

Copyright: © 2019 Qadir MI, et al. This is an open-access article distributed under the terms of the Creative Commons Attribution License, which permits unrestricted use, distribution, and reproduction in any medium, provided the original author and source are credited. 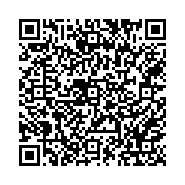