Bupropion Use for Adjuvant Analgesia in a Patient with Fibromyalgia: A Case Report

Fibromyalgia is a chronic syndrome characterized by widespread pain, fatigue, gastrointestinal disturbances, neurocognitive dulling, and insomnia. Currently, three medications are approved for fibromyalgia by the United States Food and Drug Administration (FDA): pregabalin, duloxetine, and milnacipran. This case study reviews the use of bupropion as a potential co-analgesic in patients with refractory fibromyalgia. Previous studies have assessed the use of dopamine agonists in the treatment of fibromyalgia with both ropinirole and pramipexole exhibiting efficacy. Bupropion, an atypical antidepressant with noradrenergic and dopaminergic modulatory effects, may theoretically provide similar efficacy in patients with fibromyalgia syndrome.

Fibromyalgia syndrome (FMS) is a chronic pain-related syndrome that is defined by waxing and waning widespread, hyperalgesic pain with defined symptoms of fatigue and insomnia. Females are at significantly increased risk compared to men [1]. There are no laboratory tests or imaging that can be used to objectively diagnosis fibromyalgia, owing largely to FMS being considered a diagnosis of exclusion. While currently no cure exists for FMS, there are several pharmacologic and non-pharmacologic modalities to palliate FMS symptoms [2]. The pathogenesis of FMS related pain is not fully understood; there are numerous theories including viral, genetic, and environmental factors.

Genetic predictors of FMS are still under investigation; however, a familial pattern does appear to exist. Persons with first-degree relatives with FMS display an increased risk of symptom development. Additionally, links between family history of mood disorders and FMS have been described. It is theorized that polymorphisms in genes related serotonin transport and catechol-O-methyltransferase (COMT) might lead to increased pain sensitivity from the dysregulation of select neurotransmitters. One such neurotransmitter is dopamine. Dopamine 4 receptor polymorphs may influence pain perception and fibromyalgia-related symptoms, mainly cognition, through decreased activation [3].

Dopamine-related neurotransmission dysfunction is one of the leading pathological theories of fibromyalgia. In the central nervous system (CNS), dopamine affects mood, emotional response, pleasure, reward, and motor control. Dopamine also plays a role in the modulation phase of nociception. Dopamine is native to numerous pathways in the CNS through influence on synaptic pain transmission in the descending inhibitory pathway. In patients with fibromyalgia, a decrease in synaptic dopamine concentration may lead to central pain sensitization. This, in turn, can cause less intense stimuli to induce a pain response as observed in patients with fibromyalgia. The decrease in dopamine may also correlate with the other symptoms seen in fibromyalgia such as depression, fatigue, and sleep disturbances. The reason behind the decrease in dopamine is not well understood; although it could likely be related to stress and changes in neurotransmitter release [3].

Currently, there are three medications approved for fibromyalgia by the United States Food and Drug Administration (FDA): pregabalin, duloxetine, and milnacipran. Recently, there has been research on adjuvant medications added to these established medications. These adjuvants include memantine, ketamine, and dopamine agonists [2]. Bupropion is an atypical antidepressant medication that has norepinephrine (NE) and dopamine (DA) reuptake inhibition effects with nicotinic acetylcholine receptor inhibition [4]. Considering the robust pharmacological activity of bupropion, and the mechanism of action of previously described adjuvants for FMS, bupropion may exhibit anti-nociceptive effects for these patients.

Bupropion is different from other antidepressants in its chemical structure and mechanism of action [4]. The mechanism of action of bupropion has yet to be fully elucidated, but may be related to inhibition of the reuptake of dopamine transporters (DAT) and norepinephrine at presynaptic transporters with Ki’s of 526 and 52,600 respectively [5-7]. Bupropion also increases the activity of vesicular monoamine transporter 2 (VMAT2). This may contribute to the mechanism of action because VMAT2 pumps dopamine, norepinephrine, and serotonin from the cytosol into presynaptic vesicles [6]. Bupropion does not inhibit neuronal reuptake of serotonin nor does it inhibit monoamine oxidase [5]. Bupropion is metabolized by hydroxylation to three major metabolites, two of which are pharmacologically active and are expected to contribute to the overall effects of bupropion [4].

The objective of this case report is to describe the use of bupropion as an adjuvant analgesic medication in patients with FMS partially responsive to other pharmacologic modalities.

Ms. J is a 44 year-old female that was referred to a primary care based pain management clinic in May, 2013 with widespread pain due to fibromyalgia that started in April 2007. Her FMS symptoms were poorly controlled as evidenced by previous Brief Pain Inventory data (Table 1). Current medications reportedly relieved her pain by 70% with varying levels of pain interference on activities. The pain and cognitive symptoms were reportedly worse in the morning than at night. She was recently discharged from physical therapy due to missed appointments. She expressed no interest in chiropractic therapy. Ms. J appears to be well educated on fibromyalgia, her prognosis, and nonmedication therapies.

At initial office visit, Ms. J was educated disease pathophysiology and encouraged to begin moderate weight and cardiovascular training. A referral for aquatic physical therapy was also placed. Her hydrocodone/acetaminophen 5/500 mg and acetaminophen/ codeine 300/30 milligrams were continued without change, although the patient was counseled about the risk versus benefit profile for these medications in the treatment of FMS. Cross-titration of current duloxetine to bupropion was initiated for weight concerns and morning cognitive effects. Duloxetine was decreased from 60 mg to 30 mg by mouth daily. Bupropion was initiated at 75 mg immediate release (IR) by mouth once daily in the morning for one week and then increased to 150 mg IR by mouth daily in the morning thereafter.

At follow-up two weeks later, Ms. J indicated her pain was relatively unchanged as indicated on Brief Pain Inventory (BPI). The patient endorsed that she had improved sleep, cognition, and morning functioning since the cross titration began. There was improvement in pain interference domains of walking, sleep, and relationships at that time. Bupropion IR was converted to bupropion extended release 150 mg by mouth every morning. Duloxetine was continued at 30 mg by mouth daily in at bedtime. At her next visit, the patient stated that she had continuing improvement in morning functioning and better pain control.

At her last office visit in February 2015, Ms. J was stable on her medication regimen. FMS symptoms remained uncontrolled based on patient interview and average pain severity score of 6 out of 10 indicated on BPI, however this represents a one-point reduction in pain from initial presentation. Although no baseline Patient Health Questionnaire-9 (PHQ-9) score was available, her scores during therapy were reduced from 9 (mildly depressed) at initial visit to 5 (none-minimal depression) at the last office visit. Complicating the clinical picture at this encounter was the recent witnessed passing of her father and significant increase in stress and grief as a result. Despite this, a plan for opioid wean was initiated. Ms. J was rotated to oxycodone/acetaminophen 0.5 tablets every twelve hours by mouth as needed. Her body mass index at final follow up was 53.

Previous studies have looked at the use of dopamine agonists in the treatment of fibromyalgia. In an observation study completed by Holman et al., patients with refractory fibromyalgia were administered ropinirole as adjunctive therapy to other analgesics or co-analgesics. This study examined the impact of ropinirole on tender point scores, with most patients titrated to a mean dose of 6 mg per day. The impact on tender point scores was significantly decreased from baseline (21.8 to 9.2). Though the study was small, it did show the possibility of pain reduction with dopamine agonists in this patient population [8].

For Ms. J, bupropion did not help in the reduction of pain and interference overall throughout the 21 month therapy based on BPI scores although early improvement was noted. PHQ-9 scores did improve through the course of her treatment, as did patient-reported morning symptoms and cognitive impairment. In addition to patientreported FMS symptom improvement, the patient was able to reduce the dose of opioid medication.

Though bupropion did not sustain clinically relevant pain severity improvement based on BPI over the course of the case, there were other factors that could have affected pain severity scores. In patients with fibromyalgia, stress can lead to exacerbations. According to clinic notes, Ms. J had at least two office visits around the time of an exacerbation. She reported excessive stress related to family health and situational factors. In addition, the weaning of opiates and migraine abortive medication at or around the same time could have impacted her overall mood and stress level due to withdrawal or rebound symptoms.

This case study presented has some limitations. FIQ would have been a validated questionnaire that would have showed and confirmed objectively the patient’s improvement in symptoms. Global assessment tools also would have showed the impact on symptoms. The BPI reported pain and interference scores did provide insight into the effects of pain and limitations, but did not assess other symptoms of fibromyalgia directly. It is also unknown which current nonmedication treatments she was completing. That may have an effect on her overall symptoms over time as well.

Bupropion showed improvement in pain and pain interference scores during the initial two months of the trial. The durability of symptom and pain score improvement cannot be established. However, bupropion was able to improve depression scores and patient-reported fibromyalgia symptoms throughout the majority of the case period. Unfortunately, the assessment tools utilized for this patient likely lacked the sensitivity to capture clinically meaningful changes. In conclusion, bupropion may be an appropriate adjunctive medication for patients with fibromyalgia to improve cognitive and morning symptoms. This case study warrants further investigation of the use of bupropion in patients with fibromyalgia as adjunctive therapy.

Citation: Gummersheimer A, Todd T, Herndon CM (2016) Bupropion Use for Adjuvant Analgesia in a Patient with Fibromyalgia: A Case Report. Fibrom Open Access 1: 106.

Copyright: ©2016 Gummersheimer A, et al. This is an open-access article distributed under the terms of the Creative Commons Attribution License, which permits unrestricted use, distribution, and reproduction in any medium, provided the original author and source are credited. 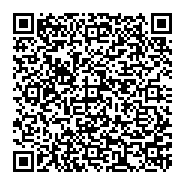