Burden of Vascular Risk Factors on the Evolution of Alzheimer's Disease: A Longitudinal Observational Study

Copyright: © 2016 Yamazaki T, et al. This is an open-access article distributed under the terms of the Creative Commons Attribution License, which permits unrestricted use, distribution, and reproduction in any medium, provided the original author and source are credited

Background and objective: Although hypertension, diabetes, dyslipidemia and congestive heart failure are now considered as vascular risk factors (VRFs) for Alzheimer’s disease (AD), it is still unclear whether they influence the effect of treatment in elderly AD patients. To elucidate the influence of VRFs on the effect of cholinesterase inhibitors, we investigated the relationship between the presence of VRF and evolution of cognitive function in AD patients. Methods: The present study included 174 patients (59 men and 115 women) who were diagnosed as having probable AD according to the NINCDS-ADRDA criteria. All patients underwent laboratory examination, neuropsychological evaluation including Mini-Mental State Examination (MMSE), and assessment of VRFs at baseline, and were treated with donepezil hydrochloride for 2 years. The evolution of the MMSE score was evaluated by comparing the total MMSE score between the baseline and 2 year follow-up. Results: The MMSE score was improved or unchanged from the baseline in 52 patients (responders), whereas the MMSE score declined from baseline in 122 patients (non-responders). The responder status correlated negatively with baseline MMSE scores (p<0.01) and positively with body mass index (P<0.05). Although the response to donepezil did not correlate statistically with the presence of VRFs in the overall analysis, there was a tendency that there were less responders when there were more VRFs. Conclusion: The present study suggested that a good nutritional state in addition to the aggressive treatment of VRFs may slow down the progression of cognitive deterioration in elderly AD patients on donepezil.

Alzheimer’s disease (AD), which is the most common demented form of neurodegenerative disease, is a complex neurological disorder with several clearly identified genetic risk factors [1,2]. Almost all cases of AD are sporadic, and a combination of environmental and genetic factors has been implicated in elderly AD patients [3]. AD and cerebrovascular diseases share the common risk factors that are frequently observed concomitantly in the brains of elderly individuals [4]. Cerebrovascular lesions such as lacunar infarcts and leuko-araiosis are known to accelerate the onset and/or progression of cognitive decline in elderly AD patients [4].

The understanding the contribution of vascular risk factors (VRFs) may be the important step in the development of new treatment for AD patients, because several VRFs are already known to increase the risk of cognitive decline and dementia in elderly subjects. Moreover, various medications may temporarily augment cognitive abilities in AD patients. Although currently there is no proven disease-modifying treatment for this devastating condition, the delineation of risk factors may offer a hope for the advent of effective prevention or intervention approaches that may retard the progression of the degenerative process. Few reports are available regarding the influence of VRFs and vascular protective factors (VPFs) on the effectiveness of the treatment in elderly AD patients [5-7].

Our previous study [8] suggested that a majority of elderly AD patients had multiple VRFs such as hypertension, type 2 diabetes, hypercholesterolemia, congestive heart failure, atrial fibrillation and lacunar infarcts. Although those VRFs are now known to influence on the clinical course of AD in elderly patients [9,10], it remains to be clarified whether the VRFs also influence on the therapeutic effects of acetylcholinesterase inhibitors (AChEIs) or not. We may hypothesize that if VRFs modify the pathophysiological process underlying AD, their influence on the effects to AChEI treatment can be related to the age of the AD patients. To elucidate the impact of VRF on the effects of AChEI treatment, in elderly AD patients, we analyzed the contributing factors to the e volution of cognitive function in relation to the effects of donepezil hydrochloride.

The present study included 174 Japanese patients (59 men and 115 women) who were diagnosed as having probable AD according to the NINCDS-ADRDA criteria [11]. The study Protocol had been approved and permission was granted by the ethical committee of the Research Institute for Brain and Blood Vessels. Informed consent was obtained from all of the patients and/or their caregivers. Their mean age was 75.9 ± 5.8 years. This clinical study was a prospective observation study based on the outpatients with AD who had been treated with donepezil hydrochloride (5 mg per day) for more than 2 years. All patients underwent neurological examination, laboratory tests, 1.5 Tesla MRI at baseline, and neuropsychological evaluation including Mini-Mental State Examination (MMSE) at baseline and 2 year follow-up period.

In contrast, medication of antihypertensive agents, statins and lipid-lowering treatment, oral anti-diabetic agents, antithrombotic treatment, and cessation of cigarette smoking were regarded as vascular protective factors (VPFs). Those who were diagnosed as having metabolic encephalopathies, brain tumors traumatic brain injury, normal pressure hydrocephalus, and other neurodegenerative diseases were excluded from the present study. The evolution of cognitive function was evaluated by comparing the total MMSE scores between the baseline and 2 year follow-up. Based on the differences in the MMSE (ΔMMSE) scores, the patients were classified into two groups: those in whom MMSE score was improved or unchanged from the baseline were classified as responder to the donepezil treatment, whereas those in whom the MMSE score declined from the baseline were classified as non-responders. In the analysis of two age groups, those who were 75 years or older were categorized as old-old group (OOG) and those who were younger than 75 years as the young-old group (YOG).

Statistical analysis was performed using JMP version 11.2.0 for Windows (SAS Institute Japan). Group differences at baseline were assessed using the Student’s t-test and χ2 or Fisher’s exact test, where appropriate. A linear regression was used for the statistical evaluation of the correlation between the influence of VRFs and the evolution of MMSE scores. A P value less than 0.05 was considered statistically significant.

The demographic characteristics of these 174 the patients are shown in (Table 1). The mean baseline MMSE score was 19.0 ± 4.5 and the mean ΔMMSE score was −2.5 ± 3.9 for overall analysis. Age, body mass index (BMI), and presence of ApoE4 did not differ between men and women. Women had shorter education carrier than men. There was no difference in the number of VRFs and VPFs between men and women. Hypercholesterolemia was more frequent in women, whereas diabetes, smoking and alcohol consumption was more frequent in men.

Thirty-two patients (18%) had none or one VRF, 66 (38%) had 2 VRFs, 56 (32%) had 3 VRFs, and 20 (12%) had 4 or more VRFs. As shown in Figure 2, 40% of those with none or one VFRs were classified as responders, whereas 32.6% of those with 2 VRFs and 26.3% of those with 3 VRFs were classified as responders. There was no responder in those had 4 or more VRFs. This may indicate a tendency that there are less responders to the donepezil treatment when there more VRFs in elderly AD patients. By contrast, there was no tendency in the relationship between the number of VPFs and effects of donepezil treatment (Figure 3). 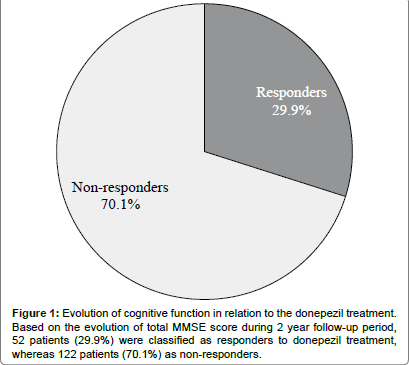 Table 2: Comparison between the responder and non-responders. 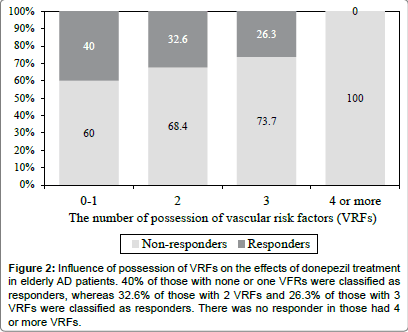 In the present results, there was a tendency that there are less responders to the donepezil treatment when there more VRFs in elderly AD patients. In the multiple regression analysis, although there was no significant relationship between the number of VRFs and effects of donepezil treatment in the overall subjects, a significant negative correlation was found between the number of VRFs and MMSE in the old-old group in our study. 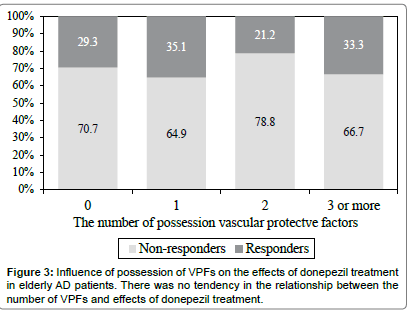 Table 3: Multiple regression analysis between the old-old and young-old groups.

These figures indicate that multiple VRFs influence on the effects of the treatment with AChEI in elderly AD patients. Although previous clinical investigation suggested that VRFs including hypertension, diabetes mellitus and hypercholesterolemia in midlife in addition to the advancing age were closely associated with the clinical course of AD [12- 15], attention has not paid to the relationship between the possession of VRFs and effects of AChEI treatment. Meta-analysis suggested that the older age appeared to be a predictor of a better therapeutic response to AChEI treatment, although the rate of cognitive deterioration was not associated with age [7]. The relationship between the demographic characteristics including gender and age and effectiveness of ACEI treatment was inconsistent among the reports [15-18].

In the present results, the greater BMI was associated with the effectiveness of donepezil treatment. This may suggest that overweight late life is not a risk for the clinical deterioration in elderly AD patients, although obesity and overweight in midlife are regarded as one the strong risk factors for the dementia in late life according to the previous epidemiological study [20]. Cross-sectional clinical study documented that overweight and obesity were found to be independent protective factors against dementia in the elderly people [21].

Combination of underweight, sarcopenia and exhaustion in elderly subjects is known as frailty that is a risk for dementia and cognitive decline [22]. Recent large-scale retrospective cohort study suggested that being underweight in middle age and old age carried an increased risk of dementia over two decades [23]. Our results based on Japanese elderly AD patients may endorse these finding that overweight is not a risk of dementia in the late life.

Finally, the present study had some limitations. The sample size was not large enough to allow the generalization of the results; thus, further research based on a larger population is needed to confirm the present findings.

The present results indicate that multiple VRFs may weaken effects of donepezil, and the frailty is also considered to be a risk for the clinical deterioration in elderly AD patients. In addition, overweight is not a risk factor but even a protective factor of dementia in the late life.

We are especially thankful to Mayumi Watanabe, Tomomi Shinoda and Rena Muraoka for the neuropsychological evaluations. The great secretarial support of Misao Tamura is gratefully acknowledged. 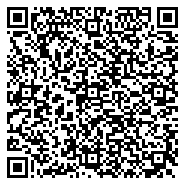