ISSN: 2153-0777
Journal of Bioengineering and Bioelectronics

Visit for more related articles at Journal of Bioengineering and Bioelectronics


The concept of cell-based therapy in heart failure began with Dr. Ray Chiu from McGill University and Dr. Race Kao from Tennessee in 1992. Their article entitled " Cell transplantation for myocardial repair: An experimental approach" described the auto-transplantation of expanded skeletal satellite cells into the damaged myocardium of dogs [1]. Patches of muscle within the scar found on explanted hearts 6-8 weeks later provided a smoke signal suggesting that cell-based therapy may be possible for the treatment of heart failure. This article ignited the imaginations of researchers and changed the paradigm of how researchers thought about tissue and organ regeneration. It surely challenged the classical teaching and the regenerative limitations of terminally differentiated cells frequently found in biological systems.

The following year, Vacanti and Langer's group at Harvard and Massachusetts Institute of Technology championed the term "Tissue Engineering", with their review of the burgeoning field in Science [2]. This further promoted the field, which has since taken off exponentially. Cell-based therapy is now one of the most investigated topics worldwide with many flourishing branches to explore. Examples include cell delivery, the fate of cell implantation, potentials for cell differentiation, paracrine activity, pre-conditioning and scaffold designs. Milestones have included the discovery of Induced Pluripotent Stem Cells (iPS cells) which are reprogrammed somatic cells [3] and the harnessing of 3D printing [4,5]. The potential clinical implication of cell-based therapy, should it be proven to be feasible, is tremendous. It would defy the limits of current medical and surgical intervention with the potential to cure illnesses ranging from diabetes to heart failure as Chung et al 3 envisioned by Dr. Chiu. It is no surprise that the field of regenerative medicine has exploded so quickly over the past two decades. At present, hundreds of clinical trials are ongoing in cell-based myocardial regeneration alone.

In fact, regenerative medicine has already been transitioning from the bench to clinical practice. Dr. Shin'oka is a pioneer in tissue engineered vascular grafts with a focus on the paediatric population who have a need for growth that synthetic grafts cannot provide. He has demonstrated very promising results in mid-term follow-up of autologous vascular grafts derived from bone marrow cells implanted in 42 patients with congenital heart disease [6]. Dr. Atala's group has been studying bladder regeneration using autologous cell seeding onto bladder shaped scaffolds for years. In 2006, they were able to demonstrate auto-transplantation of functional bladders using these techniques in clinical patients [7]. In addition, there are many anecdotal examples of the regenerative capacity of diseased tissue-organs reported on a regular basis. The clinical potential of tissue engineering is the ability to cure illnesses ranging from diabetes to heart failure. Yet, the field of cell-based therapy is believed to be in its infancy. There are still many fundamental questions and issues that are not well understood and will need to be investigated in very stringent and meticulous details. Before then, it is not surprising that conflicting data will continue to be reported in the literature. Hopefully, the hype and hope of this “holy grail” of tissue regeneration will withstand the test of time and rigorous experimental research such that it may serve and benefit many patients struck by disease, trauma or surgical loss of tissue-organs. As such, we will be closer to conquering the inevitable limit of rejuvenation and aging in the cycle of life.

At present, these limited successes in this field suggest that probably scientists are uncovering smoke everywhere. Smoke, however, only occur where there is fire. The speed of discovery is promising, providing encouragement that reproducible clinical tissue-organ regeneration may be closer than we think. Until then, the scientific community, and clinician need to be patient, perseverant, meticulous and vigorous.
References 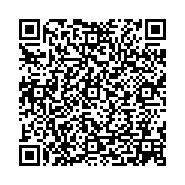