In Ethiopia where crop production overly depends on rainfall and temperature, studying the variability of these climate variables at a local scale is essential to devise proper strategies that enhance adaptive capacity. In light of this, a study was conducted in Abshege Woreda, Gurage Zone to determine crop water requirement of maize, which is major food crop of the area. Ten years i.e., (2006-2015) Indibir station climatological records of (sunshine duration hr/day), maximum and minimum temperature (OC), humidity (%) and wind speed (km/day) at 2 meters height were used in FAO Penman Monteith method. Secondary data were used to collect important soil parameters required for determination of crop water requirement in the study area such as field capacity (FC), permanent wilting point (PWP), initial soil moisture depletion (as % TAM) and available water holding capacity (mm/meter) while data for maximum rain infiltration rates (mm/day) and maximum rooting depth (cm) were obtained from literature based on similar textural class of the soil in the study area. Lengths of total growing periods of the crop was determined from ten years climate data and planting date was 10th May acquired from OAWBA and farmers of the area. Crop coefficients (kc), rooting depth, depletion level and other agronomic parameters were obtained from FAO guidelines (No 56) for each growth stage. The analyzed data indicated that Crop water requirement was estimated using CROPWAT 8.0 for window. A maize variety with a growing period of 140 days to maturity would requires 423 mm depth of water, while 101 mm would be required as supplementary irrigation depth.

The CROPWAT model is widely used to estimate ETo and ETc. In actual fact, CROPWAT is a computer program for irrigation planning and management, developed by FAO [1]. However the same principle holds for rain-fed crop production as well. Its basic function includes the calculation of reference crop evapotranspiration, crop water requirement and scheme irrigation requirement. Although several methods exist to determine ETo, the Penman Monteith method has been recommended as the appropriate combination method to determine ETo from climatic data on: temperature, humidity, sunshine and wind speed are required [2].

The highest value of ETo is experienced in areas that are hot, dry, windy and sunny. In many cases it is possible to obtain estimates of ETo for a given locality from the meteorological service [3]. Study conducted at Arba Minch by Mekonen, a maize variety with a growing period of 135 days to maturity would require 535.8 mm depth of water, while 307.2 mm would be required as supplementary irrigation depth with effective rainfall of 259.6 mm during the period of January to May 1st. In rain-fed cropping, the estimated crop water requirement is an important parameter to use alternate practices like mulching, reducing plant population by certain percentage in order to reduce the stiff competition and many more others.

The objective is to determine crop water requirements for maize production.

Reference crop evapotranspiration for maize crop grown in the area was estimated from long term climate parameters (2006-2015) in CROPWAT 8.0 software. In the study area there is only 10 years long term climatological data on sunshine hours, humidity and wind speed. Therefore, in estimating ETo, 10 years Indibir station climatological records of sunshine hours, maximum and minimum temperature, humidity and wind speed at 2 meters height were used in CROPWAT 8.0 software. Mathematical Penman Monteith form of the combination equation is as follows:

In addition to meteorological data used to compute the ETo, crop related data is required to estimate the crop water requirements on daily, decadal and monthly bases. Crop water requirements were computed for maize crop which is widely grown as a food crop in the study area. Lengths of total growing periods of the crop was obtained from OAWBA and farmers of study area and again the planting date was 10th May acquired from OAWBA and farmers of the area. Crop coefficients (kc) defined as the ratio of the crop evapotranspiration (ETc) of a disease free crop grown in a large field adequately supplied with water to the reference crop evapotranspiration (ETo), rooting depth, depletion level and other agronomic parameters were obtained from FAO guidelines (No 56) for each growth stage [6]. A crop coefficient (kc) for maize is 0.3 for initial, 0.8 developments, 1.2 flowering and 0.5 for late growth stages [7]. CROPWAT 8.0 software was used for analyzing ETo and ETc of maize. Experimentally determined ratio of ETc/ETo, crop coefficient (kc) used to relate ETc to ETo. Mathematically expressed as:

Table 2: Crop water requirement of maize in the study area.

The current irrigation volume of the study Woreda is 957 m3, which is irrigate only 0.95 ha of land which is less than one hectare. Hence, inline of the present in climate change water is becoming scarce, and the administration of the area should work to expand irrigation, and water harvesting technology in order to reduce an incoming impacts of climate change and variability. Provision of irrigation is likely to play a strategic role in either stabilizing the production of grains or in supporting a low risk, high value production system with a strong commercial focus during rainfall shortage and prolonged dry spell.

Crop water requirement of maize also showed that a maize variety with a growing period of 140 days to maturity requires 423 mm depth of water, to need this 101 mm required as supplementary irrigation to overcome the observed deficit in rainfall.

Copyright: © 2017 Abirdew S, et al. This is an open-access article distributed under the terms of the Creative Commons Attribution License, which permits unrestricted use, distribution, and reproduction in any medium, provided the original author and source are credited. 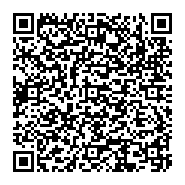