Copyright: © 2015 Mulder CJJ, et al. This is an open-access article distributed under the terms of the Creative Commons Attribution License, which permits unrestricted use, distribution, and reproduction in any medium, provided the original author and source are credited.

We have concerned ourselves at the gastroenterology unit of the VU University Medical Center with drug repositioning since 2001. Generic therapy, often successfully used off-label in daily practice and well described in literature in large observational studies, should be further developed for safe and economically viable use. To prevent off-label use legislative authoritiesshouldstimulate re-registration of these drugs.

Pharmaceutical companies spend billions of dollars to develop, authorize and launch new drugs. The return on invested capital for developed new drugs had dropped from nearly 12% in 1995-2000 to 7% in 2009 [1,2]. As a result, companies have turned to an alternative strategy:Drug Repositioning. Drug Repositioning is the scientific and commercial strategy of taking a known compound and commercializing its use for a new indicationthrough a variety of means (reformulation, delivery method, systematic identification of side-effects). We define Drug Rediscovery as the science dealing with the use of old active substances to develop new treatments. So far, investments in pharmaceutical innovation are made by industry during the period of patent protection, whereasthe horizon of drug use is much longer. In daily practice we respect and accept this. We need an increased and more far-reaching development of our “old” drugs.

Currently, the pharmaceutical industry doesnot invest in out of patent drugs; the business model of the pharmaceutical industry does not allow for investing in regulatory development of medicinal products which are not protected, generally by patents.The same goes for the generic companies: Drug Rediscovery does not fit in their business models either.Nowadays on-label positioning of off-label medication seems only possible using public sector or healthcare insurance company-supported resources. However, a global(financial) infrastructure for drug rediscovery has not yet been developed.

Methotrexate in rheumatoid arthritis has shown robust on-label evidence for efficacy over the years [3]. Aspirin, developed as a painkiller more than 100 years ago, is nowadays widely and successfully used in cardiology and neurology, and can perhaps in the near future be used to decrease the risk of developing cancer [4].

In hepatogastroenterology this drug-repositioning applies to the use of tried drugs such as thioguanine, an on-label drug for leukemia, cladribine, a cytostatic used on-label for hairy cell leukemia and cyclosporin used on-label to prevent rejection after transplantation and now used as a rescue therapy in ulcerative colitis, still off-label [5-7].

As pointed out before, Drug Rediscovery fits neither the business model of the innovative pharmaceutical industry nor that of the generic industry. In the current paradigm it does not make sense to invest in clinical development if there is no foreseeable return on investment. In respect of academic endeavors for Drug Rediscovery, scientific research is hindered by continuous off-label use and the use of unauthorised medicines, e.g. pharmacists’ preparations.

The case of thioguanine

When off-label use is prevented or discouraged by legislation and/or is no longer to be covered by the health insurance companies all that remains in the treatment of inflammatory bowel disease (IBD) is the use of expensive biologicals as rescue therapy.It is not only the legislative authorities that disapprove the prescription of off-label drugs. Most prescribers feel uncomfortable prescribing these “unauthorized” drugs even though they are aware of the potential patient benefits.

In the Netherlands an estimated 1500 IBD patients are currently being treated with thioguanine in tablets of 40 mg (Lanvis®) or in capsules of 18, 21 or 24 mg (by Pharmacy “Zorg” in Elsloo).Most often it is used as a rescue drug [8,9].After initial positive reports regarding its efficacy and tolerability profile in the off-label treatment of IBD, other literature emerged on the association between thioguanine and nodular regenerative hyperplasia of the liver (NRH) [10,11]. From that point on it’s use for IBD treatment was largely abandoned. Although the association between the use of thioguanine and liver toxicity is likely to exist, there is both evidence from a mouse model andfrom clinical studies that this particular toxicity is dose-dependent [11,12]. Using thioguanine in lower dosages will likely result in an incidence of NRHthat is probably comparable to that of thiopurine naïve IBD patients [13]. Thioguanine doses of around 0.3 mg/kg were already shown to be safe, although a much larger cohort study including liver biopsies is expected to be published soon [14].

Smaller parties in the Netherlands havealready succeeded in making pharmacokinetically sound thioguanine tablets of 10 and 20 mg. We expect those tobecome available through the pharmacists. Unfortunately, in The Netherlands it is impossible to process and trace the data of the estimated 1,500 Dutch patients who use thioguanine, the funds are simply lacking despite the reduction in the use of monoclonals, which amounts to savings of 10-15 million Euros per year (personal communication; Ministry of Health, Welfare and Sports).

How to make it work?

One initiative that should be encouraged is to perform a randomized double blind study, AZA versus thioguanine, focusing on compliance, side-effects and drug efficacy. As we are often reproached for lacking this kind of data. Such a well-powered study would cost us 700,000 Euros. Since 2009 we have been in constant communication with VWS (Ministry of Health, Welfare and Sports), CBG (Medicines Evaluation Board) and numerous others parties in the field, to consider how the re-registration of these older drugs for new indications could be achieved as a Drug Rediscovery activity. Re-registration would allow for evaluation ofsafety/post-marketing issues. If a re-registration “under certain conditions” were achieved, the pharmaceutical industry (Dr Falk®, Ferring®, Abbvie® etc.) would presumably be interested in further research. Brand names such as Thiofalk®, Thioferr®, Thiobvie®and Thiosix®are conceivable. Informal discussion with FDA suggests that observational studies would suffice, but so far prospective randomized clinical trials seem to remain required, effectively blocking Drug Rediscovery initiatives.

Drug Rediscovery might be beneficial, not only for patients and prescribers, but also for pharmaceutical industry and health-care economics. However, current discussions with the respective authorities in our country on prescribing thioguanine on-label for IBD focus on the efficacy of the proposed dose in the proposed target population. In the spring of 2001 we started to prescribe 6TG off-label for IBD in the Netherlands [1]. The prescription rate has been increasing with 20-40% each year. Due to this explosion of thioguanine-prescriptions in our country and on label prescription under conditions might be warranted for adequate pharmacovigilance (phase III and phase IV studies) to evaluate this drug for future prescriptions. Drugrepositioning of Montelukast, cladribine, 6-Mercaptopurine and Methotraxate in IBD might be mandatory but the window of opportunity of current regulations globally is hampering this process. 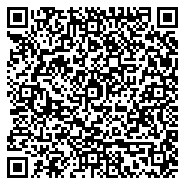