Ethiopia is endowed with favorable climatic and soil conditions for sugarcane production. To exploit such an immense resource, besides expanding the existing ones, the country is on the verge of establishing new sugar factories with large tract of sugarcane plantations. Tendaho is one of the new factories under establishment in the tropical areas of the country with 50,000 hectares suitable area for sugarcane production under full irrigation system [1]. In some countries like Australia, Sudan and South Africa about 60% of sugar produced is grown in irrigated areas, a practice which always results in production cost increase [2].

The ultimate goal of commercial sugarcane production system both in Ethiopia and else where in the world, is to increase cane and sugar production per unit area. In order to attain it, implementation of standard cultural practices is imperative. Experiences of some countries indicated that usage of high yielding varieties; provision and timely application of agricultural inputs, availability of sufficient soil moisture/irrigation water, and good soil condition have great shares [3]. Limited water resources restrict increasing the amount of sugarcane establishment and growth in many regions throughout the world because sugarcane requires substantial amounts of water during early stages [4]. Therefore it is important to apply irrigation water efficiently as possible during sugarcane establishment to produce maximum yields.

Plants are exposed to adverse environmental conditions, and drought is the major abiotic factor that can damage its growth and development. Drought also limits the areas suitable to agriculture. It is known that, as for any crop, during establishment water is essentially required to obtain maximum yield and drought events in this stage can significantly decrease productivity [5]. Sugarcane is among the crops which produce a higher amount of biomass per unit of cultivated area and water requirement varies throughout the developing stages, thus for higher sprout, tillering and development of culms, there is a higher water requirement than during the maturation stage [5].

Sugarcane crop is produced from stalk cuttings denominated sets that contain one or more axillary buds. Annual growth of sugarcane can be divided into the following development phases: germination and tillering; stalk growth; and maturation [6]. The optimum temperature for germination of sugarcane is 27-33°C while good tiller production occurs when the temperature is about 30°C. A day temperature of below 18°C lengthens the tailoring period thus resulting in uneven maturity of the canes [7]. Warm, moist soil ensures rapid germination, germination results in an increased respiration and hence good soil aeration are important; therefore open structured porous soils facilitate better germination [8].

There are many reasons for lower productivity of sugarcane but the most pertinent is lack of knowledge on sugarcane management practices [9]. In sugarcane, germination denotes activation and subsequent sprouting of the vegetative bud, the germination of bud is influenced by the external as well as internal factors, the external factors are the soil moisture, soil temperature and aeration. The internal factors are the bud health, sett moisture, sett reducing sugar content and sett nutrient status [10]. The germination (shoot emergence from soil) is a critical event in the plant life to assure a good harvest and it is initially dependent on the set nutrients and water, developing its own root system after about three weeks under proper conditions [11]. The crop establishment phase and formative phase (sprouting, tillering and grand growth stages, have been identified as the critical water demand period [12]. This is mainly because 70-80% of cane yield is produced during this phase [13]. Water shortage results a negative impact on establishment of the crop, especially if the drought duration exceeds the capacity of drought tolerance of the plant species [14].

In the drought areas of Tendaho serious consideration should be given to improve the existed germination failure. As explained earlier, temperature of the area during planting time reaches up to 37°C that is good enough to increase the soil temperature. Planting seed cane into such soil (which coincides with the onset of the hottest season of area) even for few days without supplementing water will result in complete dehydration (Figure 1). In support of the fact, the time of first irrigation after planting was delayed at least a minimum of six days. Moreover, delay of first irrigation after planting and absence of preplant irrigation were taken as the main constraints of the drought area of Tendaho Sugar Project. This causes many gap areas in the plantation fields and the re-work in land preparation and planting activities. To alleviate the above problems, this study was initiated with the following objective: To study the effect of first irrigation period on sugarcane establishment in the drought areas of Ethiopia Figure 1: Dehydrated setts and sett without root system in delaying first irrigation to 8 days after planting

The experiment was conducted at Tendaho Sugar Factory Project in Afar Regional Estate in the Rift Valley of Ethiopia at an altitude and longitude ranging between 110 30’ to 110 50’ N and 400 45’ to 410 03’ E, respectively, with elevation ranging from 365 m to 340 m. The area has a mean maximum and minimum temperature of 37.20 and 21.88°C, respectively, with long-term average annual rainfall and relative humidity of 220 mm and 60.4%, respectively. The area has mean sunshine hours of 8.9 hr per day and the mean annual ETo of 7.9 mm/day [1]. The soil type of the experimental field is clay soils.

Sprouting is counted weekly starting 7 days after planting until 45 days. It is important to check that tillers are not confused with primary shoots during counting. This is because; there is an overlap in occurrence of tillering prior to the termination of full sprouting. Tillering is the underground branching of the cane. Tiller count will be made starting from 45 days after planting fortnightly (every 15 days) until 3 months crop age to estimate the number of tiller per ha. Number of buds that establish root and number of dead buds was collected at 30 and 45 days after planting.

The effect of time of first irrigation on establishing sugarcane varieties was analyzed using the appropriate analytical software (SAS 9.2). Mean separation was conducted using Least Significant Difference (LSD) at 5% probability level whenever significant differences were detected in the F-test. All cultural practices were executed based on the current practices of Tendaho Sugar Project except first irrigation.

To avoid the confusion in terms of soil fertility status of the area, soil analysis was done by taking composite samples from the study site. The soil analysis result indicated that although the soil of the farm has high pH and low ECe (indicating sodic soils) with low fertility status, it has similar nature with other fields of the area which have good crop stand (Table 1). The soil did not show any peculiar characteristic that hinder germination of sugarcane. For germination, nutrient availability of the seed cane within itself is the limiting factor than that of the soil [10] Sugarcane does not require any specific type of soil as it can be successfully raised on diverse soil types ranging from sandy soils to clay loams & heavy clays [7].

Table 2: FIP, first irrigation period; DPI, days pre-planting irrigation; DAP, days after planting *Values for sprouting rate, Number of tillers and percentage of root establishment and percentage of dead seed setts given as mean ± SD. *Numbers with in the same column with different letter(s) are significantly different from each other at p ≤ 0.05 according to LSD.

Drought is one of the most important environmental stress factors limiting sugarcane establishment as well as its production worldwide [13]. Water-deficit stress at early stage alters a variety of growth and physiological processes in sugarcane, which cause decreased yields [16,17]. Water deficit during establishment can trigger a negative impact upon growth and development of the crop, compromising plant productivity especially if the drought duration exceeds the capacity of drought tolerance of the plant species [14,18]. Moderate water deficit causes significant morphological and physiological changes in sugarcane establishment [19], while severe deficit may lead to plant death [20]. Increasing levels of water stress that occur as a soil dries out, affect processes in the sugarcane crop at different stages [21]. The germination-ability decreased as the soil moi`sture was reduced, although a dependence of the response to cultivars was ranged from 10 to 59% [22]. Superior germination of cane irrigated at planting and loss of germination with delayed irrigation has been reported in Hawaii [23]. Well watered setts germinated at about twice the rate of un-watered setts [24]. The need for moisture to trigger the shift of the bud from dormancy to activity could explain why setts irrigated at planting to have the highest germination percentages [23]. Delaying first irrigation after planting for more than three days will result in poor germination and unsatisfactory crop stands [25] (Tables 1 and 2).

We would like to thank Ethiopian Sugar Corporation for financing the research and Tendaho Sugar Factory Project for their unreserved material and other facilities support.

Copyright: © 2014 Hagos H, et al. This is an open-access article distributed under the terms of the Creative Commons Attribution License, which permits unrestricted use, distribution, and reproduction in any medium, provided the original author and source are credited. 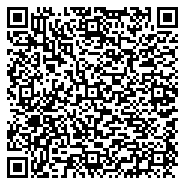