Fetus is Mature after 32 Weeks of Pregnancy

Copyright: © 2017 Maeda K, et al. This is an open-access article distributed under the terms of the Creative Commons Attribution License, which permits unrestricted use, distribution and reproduction in any medium, provided the original author and source are credited.

We would like to confirm fetal maturation in the treatment of 164 MD twin pregnancy with caesarean delivery after the management of maternal rest, tocolysis and detailed monitoring with ultrasound techniques, where no TTTS developed in the twins, while the existence of mild blood transfer to the recipient twin from the donor, was confirmed by the enlargement of cardio-thorax ratio [1]. Figure 1: GLHW calculation on common echodencity histogram. A/B (%) is GLHW. It is automatically achieved by âï¿½ï¿½%Wâï¿½ï¿½ index in the histogram of Aloka B-mode device.

Fetal lung GLHW was 35 and that of fetal liver was 36 in 32 weeks of pregnancy [3]. Fetal lung was mature, because the lung/liver ratio of GLHW multiplied by pregnancy weeks was 31, which was larger than 29 in 32 weeks of pregnancy [2], when the twins received caesarean delivery to avoid the TTTS after the first blood transfer to recipient from the donor, which was suspected to be caused by a Braxton Hicks contraction. Although there was very mild reactive cardiac function change in the recipient only within 2 days in the stay in NICU, the infants were healthy and no failure afterwards.

Novel treatment of MD twins to avoid the TTTS was beneficial because the MD twins received caesarean delivery (CD) after ultrasonic imaging of cardio-thoracic ratio (CTR) higher than 0.4, which was resulted by the inflow of blood into the recipient heart in the uncontrollable uterine contraction by the tocolysis of the mother in around 32 weeks of pregnancy [1], which would be Braxton-Hicks contraction caused by prostaglandin developed at placental site by fetal adrenal corticosteroids. In summary, the uncontrollable uterine contraction might be a Braxton Hichs contraction, which was caused by fetal reaction to the stress around in 32 weeks, where it will be a physiologic and endocrinologic reaction of a mature fetus to the stress. Therefore, it was uncontrollable by the tocolysis with terbutaline. 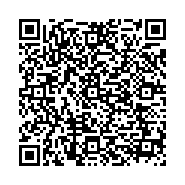