Striga infestation presents a major constraint to crop production in agricultural systems. The tobacco witch weed, Strigagesnerioides occurs widely in Africa and other parts of the world where it is known to parasitize mainly cowpea (Vignaunguiculata) and other dicotyledonous plants. In Zimbabwe, the parasitic weed was first confirmed in the Nyikavanhu area of Mvuma in the year 2007 and research was initiated to study this parasitic weed and recommend control strategies. A few more reports have been received of the parasitic weed infesting tobacco in other growing regions. However, despite having been reported widely on cowpea in other countries, S. gesnerioides has not been documented on this and related crops in Zimbabwe. Interestingly, in previous research conducted in Zimbabwe, it was established that cowpea induces suicidal germination of S. gesnerioides seeds but resulting in no further developmental stages such as haustorial attachment. This led to the conclusion that the species strain reported elsewhere on cowpea could be a different biotype from the one currently parasitizing tobacco in Zimbabwe. Thus it was felt that cowpea could then be used in tobacco crop rotations as a trap crop by inducing suicidal germination of parasite’s seed. This current work reports the occurrence of S. gesnerioides on other plants in addition to tobacco.

The African blackwood, Dalbergiamelanoxylon was found (27 January 2017) parasitized for the first time by S. gesnerioides (Figures 1 and 2) in Mvuma (S18°58.4', E030°37.9'), Zimbabwe. The host plant was observed in the black clay soils in non-cultivated lands but closer to the tobacco fields. This had not been previously recorded. Dalbergia is a large genus of small to medium sized trees, shrubs and lianas in the pea family, Fabaceae[1]. The genus has a wide distribution and is native to the dry regions of Africa from Senegal to Eritrea and to the North-Eastern parts of South Africa. The discovery of new host plant in the same agro systems with tobacco could elucidate the possibility of D. melanoxylon as an alternative host of S. gesnerioides. In addition to Dalbergiamelanoxylon, S. gesnerioides was also found (21 February 2017) parasitizing the weed Mexican clover, Richardiascabra (Figure 3) in sandy loamy soils of Dotito (S16°34.0', E031°34.6'). Richardiascabra is a weed of economic importance in the tobacco agro systems in Zimbabwe. It is a herbaceous flowering plant in the coffee family and normally grows in sandy soils [2]. In Dotito, the Mexican clover weeds were being parasitized by S. gesnerioides in maize, sorghum and groundnut plots; while in tobacco fields, both tobacco and the Mexican clover were parasitized. The occurrence of S. gesnerioides on R. scabra presents a wild host species which would potentially act as refugia or alternate host during the tobacco offseason period and result in serious infestation on tobacco during the season. Richardiascabra is also a problem weed in plots where Katambora grass (Chlorisgayana) is grown. Tobacco fields are normally rotated with Katambora grass to control the plant parasitic nematodes, Meloidogynejavanica[3], thus if R. scabra is not effectively controlled, this may favour the perpetuation of S. gesnerioides, resulting in serious parasitism on the tobacco after the Katambora rotation. Were it not for the parasitic association of S. gesnerioides with tobacco, the witch weed would have been an ideal candidate for the biological control of R. scabra in tobacco lands [4]. On a different note, soil reclamation of Striga-infested soils using R. scabra as a catch crop followed by ploughing down the R. scabra infested weeds, could be a possible alternative since the weed is less difficult to control compared to the S. gesnerioides. This would be beneficial only if done prior to flowering and production of seed by the Striga [5]. This report of S. gesnerioides parasitizing Dalbergiamelanoxylon and Richardiascabra provides possible alternative hosts of the tobacco witchweed in Zimbabwe. The information is vital in managing S. gesnerioides in tobacco lands and other cropping systems. Care must be taken to reduce human, animal and farm implements aided seed dispersal and awareness campaigns should be conducted in the growing regions to educate the farmers on the control measures. Possible control measures should include uprooting of the flowering parasitic plants whenever possible to avoid further seed production as the seeds can remain dormant in the soil for years.

The authors are thankful to the farmers in Mvuma and Dotito for their valuable contribution to this paper as they provided information and the plant specimens for identification. Special thanks also go to the National Herbarium Centre for assisting in species identification.

Copyright: © 2017 Koga C, et al. This is an open-access article distributed under the terms of the Creative Commons Attribution License, which permits unrestricted use, distribution, and reproduction in any medium, provided the original author and source are credited. 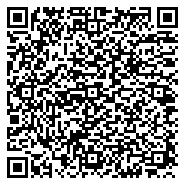