Copyright: © 2013 Cancelliere P, et al. This is an open-access article distributed under the terms of the Creative Commons Attribution License, which permits unrestricted use, distribution, and reproduction in any medium, provided the original author and source are credited.

Accelerated changes in health care delivery inevitably increases the need for evidence validated treatment modalities and algorithms. Treatment modalities must be both clinically effective but also financially sound both in the short term and long term. The overall mortality rates of diabetic patients undergoing proximal amputation are reported in further in this review; however, it is the purpose of this review to underline the influence of chronic kidney disease on the diabetic foot and identify it as an independent risk factor. Diabetic foot complications are significantly worsened by the presence of chronic kidney disease (CKD). CKD, especially End Stage Renal Disease (ESRD), seems to play a huge and grossly underestimated influence on the overall rate of diabetic complications, including an increase in amputation rate and mortality.

According to the American Diabetes Association, 8% of the general population and 25% of people over the age of 65 are currently afflicted with diabetes in the United States resulting to a total estimated cost of diabetes in 2007 of $174 billion [1]. The development of chronic nonhealing foot ulcerations is one of the most debilitating complications of diabetes. More than 15% of diabetic patients develop a foot ulcer during their life span, leading to approximately 82,000 amputations per year [2].

The overall mortality rates of diabetic patients undergoing proximal amputation are reported in further in this review; however, it is the purpose of this review to underline the influence of chronic kidney disease on the diabetic foot and identify it as an independent risk factor. Diabetic foot complications are significantly worsened by the presence of chronic kidney disease (CKD). In fact, mortality rates after amputations in diabetic patients with CKD are higher than in patients with cardiovascular disease [3]. Diabetes and CKD highly correlate in increased risk for diabetic foot ulceration and amputation. The progression to renal failure from diabetic nephropathy results in a worsened prognosis for morbidity and mortlaity [4].

All pubmed literature was performed where different key words were entered into the search engine. Those words included: “limb amputation”, “peripheral arterial disease”, “and chronic kidney disease”, “amputation mortality”, “diabetic foot”, “diabetic foot amputation, amputation survival”. Articles were selected based on the criteria of whether or not the research focused on statistics of survivability of diabetic patients with and without kidney disease, who had undergone a proximal amputation. Proximal amputation was defined as either a below knee (BKA), or above knee amputation (AKA). The hypothesis was that although there are established statistics regarding the overall mortality of patients who had undergone proximal amputations, there are, however, differences in the survivability based on specific co morbidities. The authors’ objective was to stratify the patients by relative mortality and morbidity between patients with PAD, DM, and ESRD. Included articles also had to include minimum 1 year outcome analysis. Studies were included if they provided data showing any relation between rates of diabetic foot complications in relation to CKD and ESRD. Finally, other studies that were included explained the pathophysiology of CKD as it related to the increased complications in diabetic foot. Specifically, it was the purpose of this update to underline the influence on rate and severity of diabetic foot complications, amputation rates and survivability in the presence of kidney failure. Over 100 articles were listed, 40 of them fulfilled the study criteria.

Chronic Kidney Disease is defined, according to the National Kidney Foundation (KDOQI), as the presence of kidney damage and level of kidney function below 60 mL/min/1.73m2 (of body surface area), for a period greater than 3 months. The staging is based on level of function of the kidney measured as Glomerular Filtration Rate (GFR), and is outlined in Table 1.

Table 1: Staging of CKD according to GFR.

Diabetes related amputations result yield a 5 year mortality rate of 39% to 68% with a below knee amputation, and 89% with a single above knee amputation [5,6]. Patients with a previous below knee amputation have a 42% chance of a contralateral same level amputation within 1-3 years and 56% chance at 3 to 5 years. Patients with bilateral below knee amputations have a 80% mortality rate at 2 years [4,7-10]. Mortality secondary to amputation is related to cardiovascular disease caused or aggravated by increased oxygen demand and consumption for ambulation of these patients. However, in a recent study by Lavery et al. [11], one year survival rates was 50.8% among dialysis amputees, 76.6% among amputees with chronic kidney disease (CKD) vs 85.6% in patient without CKD. In a study published by Morbach et al. [12], it was confirmed that although long term limb salvage in diabetic patients overall, long term survivability in patients with CKD was poor.

Even in patients with CKD, cardiovascular decompensation remains the most important cause of death and morbidity. In the DOPPS study, the “in hospital” and “30 day” mortality after amputation in people with with diabetes is higher than in people with coronary artery bypass surgery, breast cancer and stroke [4,11,13]. O’Hare [4] identified a 30 day mortality of 16% in diabetic patients on dialysis and 6% in diabetic patients without kidney disease. A limitation to this study was that patients were not stratified by level of amputation. However, this study added significant information by showing the influence of serum calcium levels and calcium-phosphorous product. This translates in increased calcification of the tunica media of arteries and therefore decreased pulse flow through the large and small vessels.

In a study performed by Hinchliffe et al. [13], hemodialysis seems to have a significant influence on transcutaneous oxygen tension in patients with diabetes. The data in this study showed a trend towards a fall in TcpO2, which also continued for 4 hours after conclusion of the treatment. This prolonged ischemia phase would further exacerbate underlying PAD, increasingly starving peripheral tissues for oxygen. In the EURODIALE study, the presence of ESRD was found to be an independent predictor of lack of healing and that was true for patients with ESRD with or without concomitant PAD [14].

This perhaps suggests that surgical intervention should be timed around the patient’s dialysis schedule. When possible, perhaps, dialysis should be rescheduled in order to allow maximum time interval between surgery and dialysis in order to avoid post surgical, dialysis induced tissue ischemia. At the authors’ institution, surgery is scheduled around the patient’s dialysis scheduled, and dialysis is postponed 48 hours after surgery. This has shown to decrease the wound healing complications significantly.

End Stage Renal Failure (CKD stages IV, V), leads to uremic neuropathy. The autonomic neuropathy is well documented and knows. However, little is known on the influence of the pathophysiology of uremic neuropathy. It is a distal sensorimotor polyneuropathy caused my uremic toxins. The severity of this neuropathy is strongly correlated with the severity of the renal failure much like the severity of the hyperglycemia in autonomic neuropathy. Uremic neuropathy is defined as a dying back neuropathy or central-peripheral axonopathy associated with secondary demyelination caused by uremia accumulation. This type of neuropathy is mostly found in GFR’s <13 ml/min. The most frequent clinical features reflect large fiber involvement, with paresthesias, reduction in deep tendon reflexes, impaired vibration sense, muscle wasting, and weakeness. Studies utilizing novel axonal excitability techniques have shown that the nerves of ESRD patients exist in a chronically depolarized state prior to dialysis, with subsequent improvement and normalization of resting membrane potential after dialysis. The degree of depolarization correlates with serum K+, suggesting that chronic hyperkalemic depolarization plays a pivotal role in the development of nerve dysfunction.

Diabetes, especially type 2, has become a major public health problem over the last two decades. Diabetes Mellitus continues to show an increased incidence in the population worldwide. By 2025, it has been estimated that 380 million people will be carry the diagnosis of diabetes mellitus globally [15]. More recent estimates state that the number of people diagnosed with diabetes will reach 44.1 million by the 2034 in the US alone [16].

DFU’s continue to be the most common cause of hospitalization among patients with diabetes, and are the number one cause of non traumatic amputations [7,15]. Peripheral sensory neuropathy being the primary risk factor and common denominator [4,5,11,12]. Peripheral Arterial Disease also is a risk factor, with its main implication being in delayed healing. The real socio-economic impact of a diabetic foot ulcer is demonstrated by the mortality rates associated with proximal amputations. Also, as health care delivery changes, successful limb salvage becomes more and more important as over the life term of these patients it has shown to lead to improved functional outcomes as well as more cost effective. Patients with a single below knee amputation require 50% more oxygen and bilateral trans tibial amputees consume 123 % more oxygen during ambulation [4,9]. In a study by McWhinnie et al. [17] only 26% of patients were able to ambulate with a below knee prosthetic two years after major amputation. Because of the severely depressed functional outcomes in amputation patients, it becomes imperative to implement successful limb salvage and identify patients with CKD and ESRD as a high risk subset of patients.

CKD, especially End Stage Renal Disease (ESRD), seems to play a huge and grossly underestimated influence on the overall rate of diabetic complications, including an increase in amputation rate and mortality. In the study by Morbach et al [12], ESRD at the beginning of the 10 year study was an independent predictive variable for a first amputation. In a Medicare patient database study, diabetic patients with end stage renal disease (ESRD) had a 10 fold increase in amputations than diabetic patients without ESRD [3]. This subclass of patients therefore requires much closer monitoring and intervention and should be considered as a novel independent risk factor. 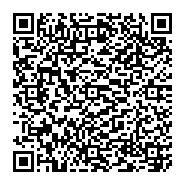