Impact of Zinc on Immune Response

Zinc is one of the most important trace elements on earth’s crust which is essential for various cellular and catalytic activities of various enzymes of the body for humans, plants and animals. Zinc is obtained from various foods such as dairy products, poultry, eggs, legumes, nuts, red meat, oysters, seafood, and cereals. It also plays very important role in gene expression, protein synthesis, cell development, nucleic acid synthesis, cell division, replication, growth and development during pregnancy and from childhood to adolescence and in immune function [1-6]. Zinc also known as immune booster by increasing the body immunity because it functions as antioxidant. It decreases oxidative stress markers and generation of inflammatory cytokines. It also helps in several physiological processes such as digestion and regulation of hormone production in the endocrine glands.

Innate immune system: It is a non-specific defence mechanism that acts immediately when an antigen ap pears in the body.

Acquired immune system: Also known as adaptive immunity and it is an antigen-specific immunity.

The most important cell in our body which protect from diseases is white blood cells (WBC) or Leukocytes which destroy disease causing substances. Zinc deficiency may cause impaired immune function which causes several types if infections in body such as gastrointestinal, respiratory, inflammatory diseases, autoimmune disease and pneumonia. All these infections develop in the body because level of inflammatory cytokines (IL-6, IL-2, IL-1β) decreases in the blood due to zinc deficiency [7-9]. Zinc is essential element for normal functioning of cells such as neutrophils and natural killer cells. Zinc deficiency also affects the normal development of acquired immunity which is prevented by T lymphocytes and B lymphocytes in our body by the activation of Th 1 cytokine production.

The purpose of this review is to study the relationship between zinc and immunity. Zinc functions as a signalling molecule which targets on specific molecule. Zinc deficiency in the body alters the normal functioning of immune system by altering the signalling pathways which leads to various immunological disorders by affecting the T-cells and B-cells.

Copyright: © 2018 Khanam S. This is an open-access article distributed under the terms of the Creative Commons Attribution License, which permits unrestricted use, distribution, and reproduction in any medium, provided the original author and source are credited. 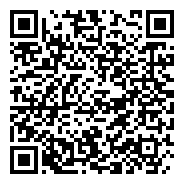