Copyright: © 2017 Suneja U, et al. This is an open-access article distributed under the terms of the Creative Commons Attribution License, which permits unrestricted use, distribution, and reproduction in any medium, provided the original author and source are credited.

Gall bladder diseases continue to remain a less common condition reported in pediatric population compared to adults. Although many different studies have been reported, there is still insufficient information about the frequency of Cholesterolosis of gall bladder detection in children [1]. Here, we present a case of a 52 days old male, admitted with severe hypernatremic dehydration secondary to diarrhea and vomiting, who was reported to have cholesterolosis of gall bladder as an incidental finding on abdominal ultrasound.

A 52 day old male presented to ED with 2 days of multiple episodes of non-bloody, non-bilious vomiting and watery diarrhea. Sick contacts included a brother with diarrhea. Denied any fever at home, runny nose or cough. The patient had a recent hospitalization to pediatric floor due to fever, with negative sepsis work up and treated with 4 days of IV antibiotics.

On presentation to ED, the patient was afebrile, tachpneic, tachycardeic with dry mucous membranes. Other than small reducible umbilical hernia, the rest of the physical examination was unremarkable. Labs done in ED were remarkable for Leukocytosis (WBC: 22.1), hypernatremia (Na: 155), Hyperkalemia K: 7.7), hyperchloremia (Cl: 134), metabolic alkalosis (CO2: 6). Transaminitis with AST/ALT of 66/60 and total/direct bilirubin of 0.6/0.3. Urine and blood culture were drawn. Abdominal X-ray done in the ED was negative for any obstruction or gross morphologic abnormality.

Abdominal ultrasound done to rule out hypertrophic pyloric stenosis was negative but was remarkable for an incidental finding of cholesterolosis of gall bladder demonstrated by multiple small nonshadowing echogenic speckles in the mildly thickened gallbladder lumen (Figure 1). In the unit, the patient was started on continuous cardiorespiratory monitoring with Intravenous hydration and kept nil by mouth. Gastroenterology team was consulted to discuss the findings on abdominal ultrasound, which recommended cholesterolosis seems highly unlikely to be the underlying cause of the acute symptoms leading to dehydration.

Also, recommended to send stool for infectious work up including Rotavirus antigen studies. Repeat liver function tests in the unit revealed an increase in AST/ALT to 75/110 with bilirubin (total/direct) of 0.3/<0.1. During the course of stay in the hospital, the patient’s oral intake was gradually advanced and Intravenous fluids adjusted accordingly. Vomiting and diarrhea resolved over the course of time with almost complete resolution by 4th day of hospitalization.

Rotavirus antigen in the stool came back positive and the case was reported to state health department. The patient was discharged on 4th day of hospitalization after resolution of symptoms. A follow-up with the primary doctor and gastroenterology was arranged.

Cholesterolosis of the gall bladder was first described by Moynihan and called “strawberry gall bladder” by MacCarty. Histologically, cholesterolosis is defined by the accumulation of lipids mainly cholesterol ester and triglycerides in the gall bladder mucosal wall [2]. The etiology has not been clearly defined. A positive correlation with high serum cholesterol level has been noted in some studies [3]. Multiple pathogenesis mechanisms have been proposed and studied including the biliary cholesterol supersaturation, motility defects and shorter cholesterol crystal nucleation time [4,5]. Similar to the other gall bladder disorders, most of the patients remain asymptomatic for long periods of time unless associated with other conditions like gall bladder stones. When symptomatic, the patients usually present with right upper quadrant pain, epigastric discomfort and vomiting. Ultrasound continues to remain the imaging of choice for gall bladder diseases. Most of the times cholesterolosis continues to remain stable, however occasional cases of malignant transformation have been reported [4]. Due to potential for turning malignant, this condition needs a vigilant follow-up and surgery may be indicated if high suspicion for malignancy [6].

Gall bladder diseases are on a rising trend in pediatric population which in most part, seems to be related to the use of ultrasound. Most cases are asymptomatic and only reported as an incidental finding like in our patient. The increasing frequency of gall bladder diagnosis in pediatric population especially infancy brings to light, the need of rigorous study of pathogenesis for these conditions and also a close follow up after diagnosis, considering the potential for malignant transformation. 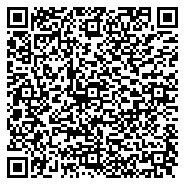