Myocardial infarction (MI) is a manifestation of coronary artery disease where coronary blood supply drastically reduced or interrupted. The corresponding myocardial tissue leads to serious and prolonged acute myocardial ischemia and induces acute necrosis. It is lethal and emergency cardiovascular disease which is one of leading causes of disability and death in clinical practice [1]. Despite the recent advances in percutaneous intervention, drug and device therapy, patients with acute myocardial infarction (AMI) and resulting left ventricular impairment have 13% mortality at 1 year [2]. Following the loss of over one billion cardiomyocytes in a functionally significant MI, the overloaded surviving cardiomyocytes undergo abnormal remodelling, eventually leading to heart failure. Ventricular remodeling after myocardial infarction refers to neuro-hormonal and genetic regulatory mechanisms activated by inflammatory cytokines causing changes in quality of cell morphology and functions of myocardial cells [3,4]. This condition, a leading cause of death and disability in the developed world, is associated with 5-year mortality rates of up to 70% in symptomatic patients [5]. Current conventional therapies do not correct underlying defects in cardiac muscle cell number [6].

Stem cells have the remarkable potential to develop into many different cell types in the body during early life and growth. In addition, in many tissues they serve as a sort of internal repair system, dividing essentially without limit to replenish other cells as long as the person or animal is still alive [1]. When a stem cell divides, each new cell has the potential either to remain a stem cell or become another type of cell with a more specialized function, such as a muscle cell, a red blood cell, or a brain cell. For example, adult stem cells isolated from liver tissue and reinjected into liver become hepatocytes, whereas the same cells injected into myocardium become myocytes [2].

Research on stem cells continues to advance knowledge about how an organism develops from a single cell and how healthy cells replace damaged cells in adult organisms. Stem cell research is one of the most fascinating areas of contemporary biology, but, as with many expanding fields of scientific inquiry, research on stem cells raises scientific questions as rapidly as it generates new discoveries.

Stem cells (unspecialized) are becoming the most important tool in “regenerative medicine” [3]. These cells have the potential to differentiate into cardiomyocytes. It would, therefore, be useful to find out if the differentiated cells can restore and improve cardiac function with efficacy and a good safety profile.

Katritsis et al. [4] have shown that intracoronary transplantation of mesenchymal stem cells and endothelial progenitors is feasible, safe, and may also contribute to regional regeneration of myocardial tissue early or late following MI. The demonstration of functional recovery of myocardium through cardiomyogenesis and neoangiogenesis in AMI in murine models by Orlic et al. [5-11] generated tremendous interest in the potential of bone marrow-derived stem cells. Since then, the cardiomyogenic ability of these cells has been challenged. However, studies continue to demonstrate improvement in cardiac function and reduction in infarct size.

From September to November 2015, we performed allogeneic bone marrow mononuclear fine Cells (BM-MNCs) transplantation around the infarcted zone in rats with acute myocardial infarction (AMI) and observed its effect on ventricular remodeling and cardiac function.

After the hemodynamic measurement, 3 ml of 10% potassium chloride was injection via the tail vein to establish cardiac arrest, quickly opened the chest and harvested the heart. Left atrium, right atrium and right ventricle were excised, the remaining part, left ventricle was washed with phosphate buffer, then fixed in 4% formaldehyde solution, paraffin-embedded sections, HE staining and immunohistochemical staining, ready for observation.

Statistical analysis was done by using SPSS 10.0 software. Data presented in the form of

Rats were healthy in each group. Postoperative death of 1 rat in Control group 1, 3 and transplant group, the cause of death was unknown; others were alive and healthy.

Table 1: Echocardiography result of each group

Histomorphology in control group 1 was normal; control group 2, 3 showed a typical change in left ventricular anterior wall after AMI; transplant group performance related to immune rejection was not observed. Positive BrdU labeling BM-MNCs were visible in the focal coagulation necrosis of host myocardium, mainly in the local injection site. But also in the peri-infarct zone and in subendocardial region, a few focal BM-MNCs with disorderly growth and uneven distribution were seen. No obvious inflammatory cell groups around the cell mass were observed.

Post AMI scar tissue repair of necrotic myocardial tissue, residual compensatory ventricular hypertrophy and ventricular remodeling eventually leading to congestive heart failure. Stem cells are a class of cells with potential of self-replication and differentiation. The replication and differentiation are affected by the surrounding microenvironment.

3. Ability of transplanted BM-MNCs to differentiate into endothelial cells can promote capillary regeneration and improve local circulation in ischemic area [14];

4. Through the secretion and expression of transforming growth factor, the survival rate of transplanted cells can be improved and induces dormant acardiomyocytes to exert contractile function again [15,16];

In a study of intracoronary BMMNCs or standard therapy 4.8 days after successful PCI following AMI, there was a significant improvement in global LVEF in the cell treatment group at 6 months without an effect on LV remodelling [17]. Intracoronary BMMNC transplantation 7 days post-AMI not only resulted in an early significant improvement in ejection fraction (EF) and infarct size, but there was also a significant reduction in mortality and improvement in exercise capacity compared to controls at 5 years [18]. LEUVEN-AMI study by Janssens et al. [19] showed that intracoronary re-infusion of BMMNCs within 24 hours of reperfusion was associated with a greater reduction in infarct size and improved regional systolic function, but no overall improvement in global left ventricular function compared to controls.

A recent comprehensive systematic review that included 13 trials with a total of 811 patients showed an improvement in LVEF by 2.99% in the BMMNC group compared to standard reperfusion therapy [20]. A previous meta-analysis by Lipinski et al. [21] that included 10 trials with AMI showed that intracoronary stem cell therapy (within the first 14 days after infarction) was associated with a small but significant (3.0%) improvement in LV systolic function compared to standard medical therapy.

Allogeneic BM-MNCs transplantation can reduce left ventricular dilatation after myocardial infarction, inhibit left ventricular remodeling and improve cardiac function. A variety of stem cells is currently used for transplantation in the treatment of AMI. In this study, we used BM-MNCs because there are a variety of stem cell components in bone marrow, source is abundant, simple and easy feasible, ability to induce both in- vivo and in-vitro differentiation into functional cardiomyocytes. It is suitable for clinical application. But complex composition of BM-MNCs and unclear of exact mechanism to suppress ventricular remodeling after acute AMI needs for further research to explore the mechanism is still required.

Copyright: © 2016 Firoj KM, et al. This is an open-access article distributed under the terms of the Creative Commons Attribution License, which permits unrestricted use, distribution, and reproduction in any medium, provided the original author and source are credited. 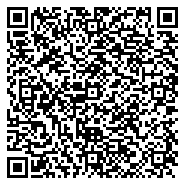