Lantana camara L. (Verbenaceae) has been known in literature to impact adversely on biodiversity, resulting in the decline or elimination of native species through competition, destruction, and the disruption of local ecosystems and ecosystem functions. Invasive alien species, introduced and/or spread outside their natural habitats, have affected native biodiversity in almost every ecosystem type. This research addresses capacity of L.camara to invade and displace sites inside protected areas which would otherwise have intact natural vegetation. This study aimed at assessing the distribution of the invasive Lantana camara L. hereafter L. camara and its influence on undegraded and degraded soils and herbaceous species diversity in the SWRA.

To assess the impacts of L. camara in SWRA 18 belt transects were randomly placed in the dominant woodland types occurring in the study area. The weed-free native vegetation and weed-infested sites with similar soils were examined in a vegetation condition assessment. The 18 belt transects were randomly located by pairing nine plots that were considered degraded and undegraded. A mosaic of patchy disturbance by elephant feeding habits occur in SWRA in which L. camara colonise. Random stratified sampling method was used in two categories; stream banks, and grazing lands. L. camara was heavily distributed in stream banks and grazing lands. Estimates of L. camara were derived by visual assessment of their relative cover in 20x20 m plots. The Braun Blanquet scales were adopted for scoring L. camara cover. Density (individuals/ha) was established by enumerating woody species in a plot. Density of woody species was significantly higher (P<0.05) on undegraded plots than degraded plots and Shannon- Weaver diversity indices (H’) was significantly higher (P<0.05) on undegraded plots than on degraded plots. The study formed part of a vegetation condition assessment of the SWRA.

The proliferation of alien invasive plants and their inherent control measures is of immense importance if rangeland and aquatic productivity is to be maintained. Alien invasive species have the capacity to degrade productive rangelands and aquatic/marine ecosystems to the extent of nations being put on perpetual food aid and donations. The invasion of alien plant species is a widespread phenomenon that threatens the integrity and functioning of natural ecosystems. Alien plant species enter protected areas in various ways; they are brought into the park by people, domestic animals, wildlife, wind, water and vehicles. Crawley (1997) contend that alien plant species have been regarded as the biggest single threat to plant conversion in nature reserves in many parts of the tropics and sub tropics. Invasive alien plant species can increase carbon assimilation rates, change soil nutrients status, increase flammability, threaten native plant species and change habitat suitability for native animal species.

Alien species include a variety of plants, animals and fungi which have a tendency to spread to a degree believed to cause damage to the environment, human economy or human health. L. camara L. (hereafter L. camara) like most alien species has developed unique ways of winning the competition over desirable native species in most ecosystems. While all species compete to survive, L. camara appear to have specific traits or specific combinations of traits that allow them to outcompete native species. In some cases, the competition is about rates of growth and reproduction. In other cases, species interact with each other more directly. Fast growth of invasives may be characterised by:

• Tolerance of a wide range of environmental conditions

• Ability to live off of a wide range of food type

The invasion of rangelands by L. camara species is a widespread phenomenon that threatens the integrity and functioning of natural ecosystems. L. camara species enter protected areas in various ways; they are brought into the park by people, domestic animals, wildlife, wind, water and vehicles. Crawley (1997) stated that alien plant species have been regarded as the biggest single threat to plant conversion in nature reserves in many parts of the tropics and sub tropics. L. camara species can increase carbon assimilation rates, change soil nutrients status, increase flammability, threaten native plant species and change habitat suitability for native animal species.

The paper examines the ecology and spread of L. camara in controlling invasive alien species in particular L. camara, and suggests measures to deal with the problem of reducing spread. The ecology and spread L. camara as an alien invasive species has been an obstacle to complete removal in ecosystems. Changes in seasons and phenology on the alien invasive have not been examined in detail. There are gaps in understanding effects of gradients of nutrients and soil moisture across the wetlands. Active management of the invasive species L. camara is therefore urgently needed for conservation of biodiversity in protected areas.

Sengwa Research Area (SWRA) is situated at the southern end of Chirisa Safari Area and lies between 28°03′ and 28°20’E and 18°0′ and 18°13′ in Gokwe South District, north-western Zimbabwe (Figure 1). Covering an area of about 373km2, the area was set aside in the late 1960s for long-term ecological integrity monitoring.

The SWRA has a diverse large animal mammal community of 7 species of large carnivores and 18 species of large herbivores. The biodiversity includes diverse communities of birds, small mammals and reptiles. There is a wide variety of vegetation types, 26 types having been described and mapped by Craig [1]. The soils are derived from weathering Karoo sedimentary deposits. The area is generally regarded as hot and dry. It experiences three climatic seasons, a single rainy season that extends from November to April, a cool season from May to July and a hot dry season from August to October. Annual precipitation is between 600-700 mm, but usually 400-600 mm may be expected [2-4]. Mean annual temperature is 22, 2°C. The semi-arid nature of SWRA has unpredictable direction changes to the fragile ecosystems in the event of sudden environmental perturbations. L. camara may be an agent of negative environmental change in view of its recorded impacts implicit in several studies [5].

L. camara is noxious woody shrub that is profusely branching highly invasive and has been expanding inside the Sengwa Wildlife Research Area in the Zambezi basin. L. camara is one weed where biological has not been achieved (Figure 1). Figure 1: Location of Sengwa Wildlife Research Area (SWRA) in northwestern Zimbabwe and a detailed vegetation map of the area (Patches of miombo woodland are labelled A-M).

This study aimed at assessing the distribution of the invasive Lantana camara L.and its influence on undegraded and degraded soils and herbaceous species diversity in the SWRA. Random stratified sampling method was used in two categories; stream banks, and grazing lands. L. camara was heavily distributed in stream banks and grazing lands. Figure 4: Leaf splurge of Lantana camara L. along the Sengwa River bank in the SWRA. 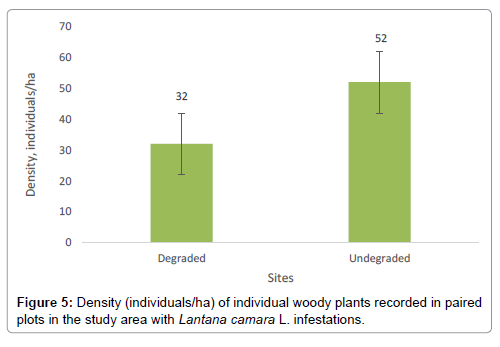 Figure 6: Satellite imagery of southern portion SWRA taken on 04/10/2013 showing pale colour an indication of small scale arable agriculture encroachment on park boundary (the pale colour contrasts the dark colour being the vegetation in the core protected area of the park).

L. camara distribution in the study plots presents a new dimension to directing attention in SWRA management. The noxious weeds were recorded in undegraded plots suggesting an imminent threat to the healthy terrestrial ecosystems in the remainder of the protected area. L. camara is capable of being transported by animals (birds, rodents), current in flowing water and land based transport systems [6-8]. Establishment criteria in new areas is dependent on some nutrients, soil moisture, and light, forest gap availability and superior competitive abilities [9-12]. Rapid growth as an early successional plant ensures establishment and suppression of native species. Cronk [6] and Shaanker et al. [5] have outlined L. camara niche requirements and growth habits while Holling [13] discussed adaptive approaches in curbing the species infestation capabilities. Cronk [6] and Lockwood et al. [7] have outlined the use values of L. camara that tend to limit actual control measures of the species. Overall, undegraded plots recorded lower woody species diversity. Henderson [14], Mandal [15] and Pysek [16] advocate the need to preserve genetic diversity, improving rangeland productivity and healthy ecosystems by monitoring and implementing management interventions. SWRA is in its infancy to record, monitor and control the invasive noxious weed infestations of L. camara. In Zimbabwe, for example, L. camara is a declared Noxious Weed under the Noxious Weeds Act in the Environmental Management Act (20:14).

The paper examines the constraints in controlling invasive alien species and suggests cost effective ways of reducing spread. The biology of the alien invasive species as an obstacle to complete removal has not been adequately studied thereby causing proliferation of L. camara in the landscape. Changes in seasons and phenology on the alien invasive have not been examined by region in detail. There are gaps in understanding effects of gradients of nutrients and soil moisture across the wetlands that facilitate migration of L. camara. The limnology of the water bodies has not been given careful analysis in the light of impacts of climate change [17]. The empty niche hypothesis that facilitate colonization by L. camara in wetland ecosystems needs elucidation. The effect of clearing invasive species on adjacent communities needs careful investigation. More information may shift balance of attack of invasive plants by taking into account different strategies (bio-physico and chemical methods) employed globally in the past [18-20]. The economics of clearing alien species has not been sufficiently explored [21-23]. Economics plays a worthwhile role particularly in removing unproductive methods as well as understanding the externalities involved Perrings et al. [5].

The proliferation of L. camara has created the need for integrated catchment management to reduce the burden caused by L. camara on the park ecology. Legislation is implicit in restricting ornamental imports of plants such as L. camara and outlines rules for its eradication. SWRA is in its infancy to monitor, control and engage with farming stakeholders in the taxonomic identification and relevant farming systems aimed at reducing future infestations of L. camara that is threatening healthy ecosystems.

Grateful thanks are extended to Mushandike Natural College students who participated in the park wide survey of the noxious weed Lantana camara, The National Botanic Gardens assisted with plant specimen identification and are gratefully acknowledged.

Copyright: © 2018 Tafangenyasha C, et al. This is an open-access article distributed under the terms of the Creative Commons Attribution License, which permits unrestricted use, distribution, and reproduction in any medium, provided the original author and source are credited.