Methods: Mutant, drug-hypersensitive, PC12 m3 cells were obtained by means of continuous culture of neural PC12 cells and then stimulated by low-frequency vibration at frequencies of 7–13 Hz for 5–20 min with simultaneous exposure to nerve growth factor (NGF).

Methods: Mutant, drug-hypersensitive, PC12 m3 cells were obtained by means of continuous culture of neural PC12 cells and then stimulated by low-frequency vibration at frequencies of 7–13 Hz for 5–20 min with simultaneous exposure to nerve growth factor (NGF).


Recent studies have reported that whole body vibration (WBV) was effective for improving bone strength, muscle strength in the lower extremities, and functional mobility [1-3]. However, the vibratory frequency ranges that may be beneficial have not been standardized. In particular, the effects of very low frequency vibrations are uncertain. Thus, the purpose of our study was to determine the effects of very low-frequency vibratory stimulation to induce neurite outgrowth by PC12m3 cells.

Our basic investigation focused on a non-pharmacological therapy for the elderly, which resulted in fewer adverse events as compared with pharmacological therapy regimens [4]. The effects of each treatment were examined using PC12 m3 cells before the initiation of the clinical study [5,6]. The treatments found to be successful at this level were further studied clinically. In the clinical study, Vibroacoustic therapy was found to provide relaxation effects for elderly nursing home residents, and it improved symptoms of depression [7]. The “steam foot spa” treatment resulted in improved cognitive function and a temporary decrease in high blood pressure in geriatric inpatients [8]. The effect of this treatment was confirmed in PC12 m3 cells and further observed in ongoing clinical investigations.

For this purpose, we used a device that could generate very low-frequency vibrations (Tap Master). Vibrations with this device could be artificially produced to generate vertical sinusoidal vibrations. Moreover, the amplitudes were in a low frequency range of 5.6–13 Hz.

With this device, we investigated the effects of WBV stimulation on neurite outgrowth by a drug-hypersensitive PC12 mutant cell line, PC12m3 cells. PC12 cells are para-neuronal cells of rat adrenal pheochromocytoma origin. PC12 cells are a useful undifferentiated cell model that is sensitive to the activity of nerve growth factor (NGF), which induces their differentiation to nerve cells and neurite extensions [9,10]. Sustained activation of mitogen-activated protein kinase (MAPK) plays an important role in neurite outgrowth by PC12 cells [11]. In addition, because of the widespread use of PC12 cells under various culture conditions, spontaneous variants often arise [12,13]. We developed a drug-hypersensitive cell line, PC12m3 cells, for which neurite outgrowth could be induced by various drugs, such as FK506, cAMP, and Calcimycin [14].

Mammalian cells have at least three MAPK pathways that regulate the activities of extracellular signal-regulated kinase (ERK; also known as p42 and p44 MAPK), c-Jun N-terminal kinase (JNK), and p38 mitogen-activated protein kinase (p38 MAPK). The ERK pathway is important for regulating cellular differentiation. JNK pathways have been implicated in regulating neuron apoptosis. However, the p38 MAPK signaling pathway’s specific system has not been elucidated [15]. In this study, we found that activated p38 MAPK was involved in the mechanism by which neurite outgrowth by PC12m3 cells was induced by very low-frequency vibration. We also found that low-frequency vibration induced the expression of activated cyclic-AMP response element (CRE)-binding protein (CREB). CREB is a transcription factor that is a target for MAPK.


A whole body vibration device (Tap Master, Bodygreen Health Co., Ltd Taiwan) was used to generate both sinusoidal wave vibrations and vertical wave vibrations. The frequency range of this device was 5.6 Hz to 13 Hz and the amplitude range was −1 mm to 1 mm. Our aim in these experiments was to identify differences in the effects of vibration at 3-Hz intervals as compared with those at 7-, 10-, and 13-Hz intervals.


A single-cell suspension of PC12m3 cells was obtained by trituration in DMEM. For cell culture experiments, cells were plated at a density of 2–5×105 cells per plate on 25 cm2 plates with serum-containing DMEM, after which cells were immediately treated with NGF and different very low-frequency vibrations. After incubation for 5 to 7 days, the frequency of neuritogenesis was determined by measuring neurite lengths and numbers. Cells that had one or more neurites with lengths>1.5-fold of the cell body diameter were measured as previously described [15,16]. Results were expressed as the means ± S.E.M.’s for 100–200 cells sampled in three independent experiments.


Induction of activated p38 MAPK and CREB expression was determined as described previously [17]. In brief, PC12m3 cells were plated at a density of 1×106 cells/25 cm2 in a flask with serum-containing medium and cultured for 3 days. Next, culture medium was replaced with 0.5% FBS-containing medium for 48 h. Prior to NGF treatment, cells were incubated for 2 h in serum-free medium. Cells were then stimulated for 5 to 20 min by adding NGF (30 ng/ml) only or by vibratory stimulation at 7 Hz to 13 Hz along with NGF (30 ng/ml). Activated p38 MAPK and CREB expression was then assessed using cell lysates.

Cells were lysed in lysis buffer. Lysate aliquots (10–15 μg) for each sample were separated on an SDS 10% polyacrylamide gel and then transferred to polyvinylidene difluoride membranes. Membranes were probed with antibodies directed against phospho-p38 MAPK or phospho-CREB (New England BioLabs; Beverly, MA) used at a dilution of 1:1000 in blocking buffer (5% nonfat dry milk) at 4°C for 12 h. The blots were then reacted with a secondary antibody, horseradish peroxidase-conjugated anti-rabbit lgG (diluted 1:2000 in blocking buffer) at room temperature for 60 min. Blots were stained for 1 min using a chemiluminescence reagent (LumiGLO chemiluminescent reagent, Kirkegaard and Perry Laboratories) and exposed to x-ray film.


Results were analyzed by one-way analysis of variance (ANOVA) and Dunnett’s test to identify significant differences from the control. The significance level was chosen as 0.05.


During continuous culture of neural PC12 cells, we obtained a drug-hypersensitive PC12 mutant cell line, PC12m3 cells. PC12 cells are subject to spontaneous mutations that result in generating PC12 variants. The variant cell line that we obtained had impaired NGF-induced neurite outgrowth. When these cells were cultured for 2 weeks under acidic conditions of Cl− several surviving clones appeared. By using the ring isolation procedure, ten colonies (designated PC12m, PC12m, PC12m, and so on) were selected and propagated in mass culture.


Because activation of p38 MAPK plays an important role in neuron differentiation by PC12 cells [10], we examined whether low-frequency vibratory stimulation induced neurite outgrowth by PC12m3 cells was due to its effects on p38 MAPK activity. PC12m3 cells were stimulated with vibrations of 7 Hz and 13 Hz for 10 min or were not stimulated (controls), after which activated p38 MAPK (phospho-p38) expression was assessed by immunoblotting (Figure 3).

This showed that 7 Hz vibration had enhanced the expression of activated p38 MAPK. In addition, neurite outgrowth was inhibited by a specific p38 MAPK inhibitor, SB203580 (Figure 4). In contrast, activated p38 MAPK expression was not enhanced in cells stimulated with 13 Hz vibration and in control cells. Thus, it appeared that low-frequency vibration induced neurite outgrowth involved the p38 MAPK signaling pathway in PC12m3 cells.

In studies on intracellular transduction pathways of aerobic exercise using mouse muscle cells, Akimoto proposed a pathway where MKK3/MKK6 in MAPKK is activated by aerobic exercise, leading to downstream p38MAPK activation and eventual biosynthesis of mitochondria [18]. Moreover, Falempin et al. suggested that tendon vibration (120 Hz) of murine soleus muscle can be used as a paradigm to counteract the atrophic process observed after hind-limb unloading [19]. In addition, Blumenthal reported that aerobic exercise is effective for alleviating depression in the elderly, with an effect comparable to that of antidepressant drugs [20]. In consideration of these findings, mitigation of depression due to VAT for elderly NH residents seems to be enhanced by vibro-tactile stimuli due to passive aerobic exercise. Still, the p38MARK signaling pathway has been reported to have protective effects on cardiac muscle [21].

Vascular endothelial cell growth factor (VEGF) induces endothelial cell proliferation and movement, remodeling of the extracellular matrix, the formation of capillary tubules, and vascular leakage [22]. Moreover, VEGF plays a crucial role in the development of the cardiovascular system and in promoting angiogenesis that is associated with physiological and pathological processes [23]. VEGF is an endothelial cell-specific mitogen that promotes numerous other phenomena that are necessary for angiogenesis [24].

Mitogen-activated protein kinase (MAPK) is important in the induction of endothelial cell proliferation that is induced by VEGF [25]. VEGF promotes the phosphorylation and activation of the cyclic AMP-responsive element binding protein (CREB) by activating p38 MAPK/mitogen-and stress-activated protein kinase-1 (MSK-1) signaling pathways that are downstream of the kinase insert domain receptor (KDR; vascular endothelial cell growth factor receptor-2) [26,27]. Because CREB is a transcription factor that plays an important role in promoting cellular proliferation and adaptive responses, a mechanism has been defined by which VEGF/KDR may allow endothelial cells to respond to changes in their environment through alterations in their gene expression [24]. These findings indicate that by mediating cellular responses to VEGF, CREB, through its activation of p38 MAPK/ MSK-1 signaling pathways, is likely to play an important role in endothelial cell function and blood development.

Moreover, we detected an activated cyclic-AMP responsive element (CRE)-binding protein (CREB) expression in PC12m3 cells after vibratory stimulation at 7 Hz. CREB is a transcription factor that is the target of a various signaling pathways that mediate cell responses to extracellular stimuli, including proliferation, differentiation, and adaptive responses. p38 MAPK can promote CREB binding to CRE. Our results suggested that p38 MAPK may induce neurite outgrowth by PC12m3 cells via a CREB signaling pathway. This indicates that p38MAPK may induce neurite outgrowth via a CREB signaling pathway after low-frequency whole body vibration.

Another recent study suggested that mechanical stimulation by whole body vibration increased shear stress at the walls of blood vessels, which resulted in increased blood flow velocity after vibration was terminated and promoted muscle deoxygenation [28,29]. Increased shear stress in capillaries in skeletal muscle can initiate capillary growth by producing a disturbance in the luminal side of the basement membrane [30]. It appears likely that shear stress can induce angiogenesis [31].

All of these findings indicate that whole body vibration induced CREB expression by activating a p38 MAPK signaling pathway. This signaling pathway is likely to play an important role in endothelial cell function and blood development.


These results suggest that WBV can effectively improve depression and heart disease, to an extent, in the elderly. 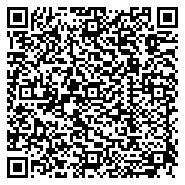