Copyright: © 2015 Rahman I, et al. This is an open-access article distributed under the terms of the Creative Commons Attribution License, which permits unrestricted use, distribution, and reproduction in any medium, provided the original author and source are credited.

Magnetic endoscopic imaging (MEI) allows the configuration of the endoscope shaft to be visualised during colonoscopy. In particular, it allows the operator to confidentally recognise loop formation and subsequent loop resolution which is vital for colonoscope tip advancement and thus complete visualisation of the colon. Although generally accepted as a useful aid during colonoscopy, it is not universally available either due to cost or this facility is not available or compatible with all manufactured endoscopes. The data on its utility with regards colonoscopy performance outcome measures is mixed but overall likely to be beneficial. Its main value probably relates to colonoscopy training and its value may be realised with the large expansion in workforce required with the recent introduction of bowel cancer screening. Further work in this area is required. The manufacturer suggests some minor limitations in use because of potential interference with implanted electronic device, but its safety overall is well recognised.

Colonoscopy is undertaken worldwide and is now the set standard for the assessment of the colon. Quality control requirements by endoscopy regulators, such as the joint advisory group in gastrointestinal endoscopy (JAG) in the UK, have mandated the need for institutions undertaking these procedures to record performance outcome measures. A marker of such performance is the caecal intubation rate, however, reports have shown considerable variation between individuals and institutions [1]. There have been several reasons given for failure to reach the caecum. One of the commonest factors elucidated in quality assurance audits is recurrent colonic looping leading to a consequent lack of advancement of the endoscope tip, and subsequent patient discomfort [1]. Measures to appreciate colonoscopic positioning in the past required fluoroscopy, however, its use was cumbersome, posed a radiation risk and views were suboptimal [2,3]. In 1993, Bladen et al. described a non-radiological technique for three dimensional imaging of the colonoscope, magnetic endoscopic imaging (MEI) [4]. This was then further developed by Olympus® into a mobile unit called ‘endoscopic position detecting unit’ or more commonly known as ‘Scopeguide®’. This technology provides a real time three-dimensional image of the colonoscope as it passes through the colon. The basic principle relies on the generation of pulsed low intensity magnetic fields generated from electromagnetic generator coils positioned at regular intervals within the colonoscope. This is then picked up by sensors on a receiver dish which allow calculation of the precise position and orientation of the colonoscope. The image is displayed in anteroposterior or lateral views (or both views together) on the endoscope monitor adjacent to the colonic lumen image (Figure 1). This enables loops to be visualised and loop resolution to be performed under direct vision as the endoscopist can appreciate the type and extent of looping. The direction and degree of rotational manoeuvres that will subsequently be required to straighten out the specific loop formation can then be logically undertaken (Figure 2). MEI Use in Clinical Practice

One of the larger RCTs on MEI (n=810) did however reveal that in less experienced endoscopists the caecal intubation rate was significantly better in those using MEI compared to standard colonoscopy [11]. In addition the need for assistance with the procedure from a senior colleague was significantly less in the group utilising MEI (19% v 40%, p=0.02). This may lead to the conclusion that the benefit of the device may be more of a training tool for trainee endoscopists through identification of loops, as shown by similar performance improvements in this group in other cohort studies [12-14].

The recording of the subjective measure of trainee and trainer satisfaction is often overlooked and not recorded in studies. As the dynamics of the colon can be visualised, there can be a more logical discussion between the trainer and trainee, to resolve an issue of lack of tip advancement or patient discomfort. In practice, trainees appear to be more satisfied with the use of MEI during colonoscopy. One explanation for this is that it enables the trainer to explain the decision making required to facilitate tip advancement without taking the colonoscope over from the trainee.

In addition to loop recognition, the three dimensional image of the colonoscope generated by MEI can assist in identifying the location of the tip of the scope. This can be useful for documenting where routine biopsies or polyps are taken from as well as aiding in identifying the location of colonic tumours, the latter which in the past has demonstrated inconsistency with surgical findings in as much as in 21% of cases with conventional colonoscopy [15]. A study by Ellu et al which used MEI to locate colonic tumour location, found that MEI had a 94% concordance with surgery, compared to computed tomography which only correctly identified locations in 83% of case [16].

Why is there a discrepancy in performance outcome measures?

Some of the reasons for the differences in study outcomes not showing statistical differences is likely as a consequence of studies being underpowered, with an overestimate of the effect size of MEI which is likely to be less over recent years as the standard of colonoscopy has improved [1]. It is also not clear if endoscopist in the studies that were undertaking colonoscopy with MEI had received training on image and loop recognition and whether the process of loop reduction under direct vision was thoroughly understood. Each individual has a finite capacity of working memory to process information and it is hence plausible that if the near maximum is reached by the basic task, such as a challenging colonoscopy, any additional information is likely not to be processed [17]. We know from other skill acquisition studies that additional stimuli, such as the image from ScopeGuide, could in fact be detrimental to the performance of the operator if the visual stimulus is not understood [18]. In addition, experienced endoscopist who are already high performers may already be receiving proprioceptive stimulus on the configuration of the colonoscope without the additional need of a visual stimulus for guidance. These endoscopist are also likely to have a long established methodology, which is imprinted into their long term memory, which would require extra demands on their cognition to process and undertake the procedure in an alternative way, and hence derive no benefit from the use of MEI [19].

There is very minimal safety concerns with MEI, but, as with other devices that generate an electromagnetic field it is currently contraindicated for use in patients with implantable electronic medical devices such as permanent cardiac pacemakers or implantable cardioverter defibrillators. This is as a result of concerns that MEI may interfere with the device causing some sort of dysfunction. However, this worry seems to be unfounded and hypothetical and recent research conducted by Corbett et al suggests that no such interference occurs. A 100 patients with implanted cardiac devices had a colonoscope, which employed MEI, placed on their abdomen over their clothing [20]. Cardiac monitoring and device interrogation was undertaken before, during and after this procedure, which lasted for 2 minutes. For all patients there was no evidence of interference with the device leads or change in programming from exposure to the electromagnetic field generated by the MEI unit. Although there were several limitations to this preliminary study, such as the relatively minimum exposure time and procedure occurring outside the colon, it does suggest that its use is likely to be safe in patients with implantable cardiac devices. In addition, there are several domestic devices that are deemed safe for use in this category of patients that actually have a higher electromagnetic field generated, such as an induction hob cooker [21]. However trials in a real time setting with patient’s undergoing colonoscopy employing MEI would need to occur before firmer conclusions are drawn and recommendations made.

MEI is not in general routine practice on all endoscopy procedures, in part because they are expensive to purchase and require the use of specialised equipment. However, with the growing pressure to train a greater number of generic healthcare endoscopists, the additional cost may thus be justified. Other endoscope manufacturers, such as Pentax®, are in the development phase of incorporating MEI into their colonoscopes. It is hence very likely that this technology becomes increasingly embedded in day to day colonoscopy practice in the future. However, it is important when any such new technology is employed that it is done so with a thorough understanding of how to utilise its maximum potential, as mentioned in this review. 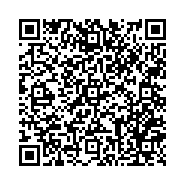